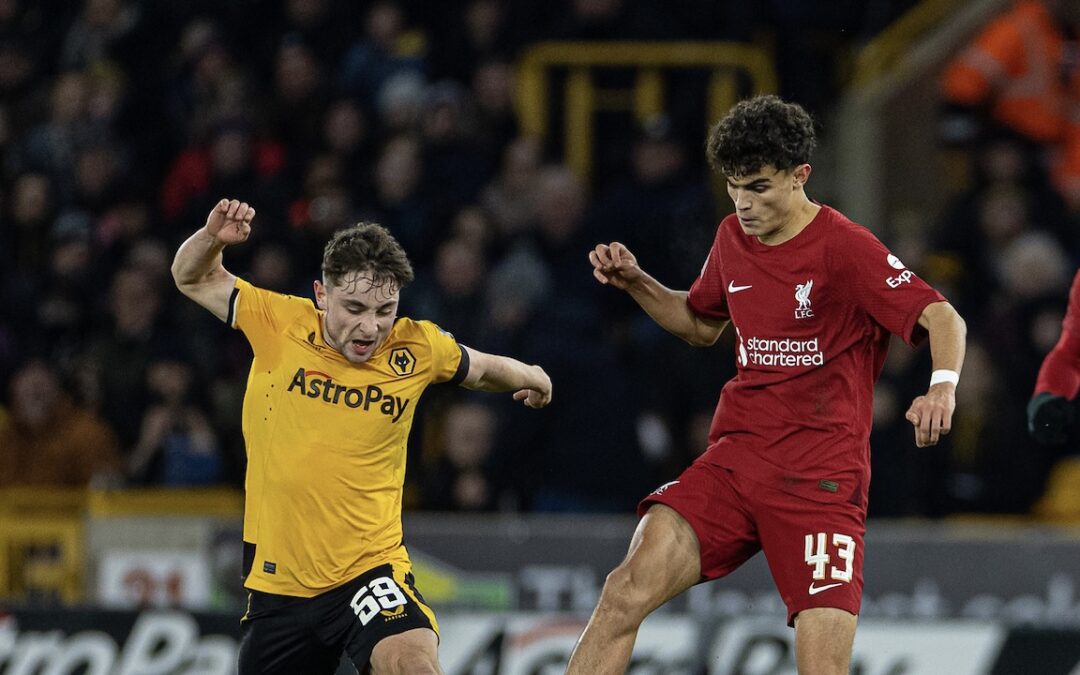 WELL, fucking hell. How good was that?

Up the fucking reds again. Watched it stood up in ours. Then perched on the end of the couch. Passed on the offer of any tea. Couldn’t stomach it while we were playing. Felt like a big deal tonight, like Jürgen had promised a response and if there wasn’t one then, well, what would be the implications of that?

I’ve now got some celebratory chips in the oven so have precisely 25-28 minutes to write these before I fry two eggs and fucking fill me boots. What a Tuesday.

Nothing to do. How long has it been since we can say that about our keeper? I used to write that every bastarding week. Nothing to do again, could have sat on the floor again, could probably get away with wearing a suit here again, etc, could bring his fucking dinner again. Fuck me. Loved the catch when Costa and his mate tried to sandwich him.

Mings on the internet will tell you he is past it and he shouldn’t be anywhere near our team, but honestly, how important was he tonight? Setting the tempo, fucking horrible to play against, winning horrible freekicks, fucking making horrible fouls. Managed his way through the game making all kinds go for The Reds. Loved it. Absolutely loved it. Everything that has been missing was there on show. Fucking bottle, and needle and fight.

Won all his battles and showed such calmness to play in the right areas. Love him.

Can’t really remember the first half as I was starving and nervous and distracted and stood up, but did he do something mad? I have it in my mind’s eye that he did something mad. Anyway, was sound. The Reds didn’t concede and frankly we should build a statue of the cunts.

The first two minutes were moody, weren’t they? When they kept switching it to the wrestler and he kept legging it and then the lights went off and it was like he had walked in front of the camera and blocked out the sun. After that Tsimilkas was excellent. Won his battles, pressed like a demon, showed bottle, and character to press so high, as did all of them. Loved it.

Honestly, that one pass aside where he tried to switch it and they nearly got in, he was faultless. How good was he? The energy, the fucking needle, the composure in them tight spaces and the bottle to play even when under pressure. I thought he was fantastic and I honestly think I would be starting him in most of our remaining games. Loved it. All in on him. Would make him captain tomorrow.

I thought he was excellent from start to finish. Wild the way that was his first start of the season? Did I hear that right? That can’t be right? He has been fit for weeks. How the fucking hell hasn’t he been getting a game. Great on the ball first half, great pressure, great everything really. Aside from that shot which was frankly berserk, fantastic. See above restarting in most of our games. Was great, more please.

The three in midfield were immense. Not sure if this is an overreaction given what we have been served up in the last few weeks, or whether it is justified, but the three of them, as a unit where everything we used to be and everything we need to be going forward. First to everything. Intelligent use of the ball when winning it in tight spaces.

I think we can safely say that the previously strongest midfield (i.e. last years go to) of Thiago, Henderson, Fabinho needs to be placed in a big fuck off bin. The idea that the three of them are finished as players, should also be placed in the said bin. Thiago, with legs around him and the spaces between our players back towards something manageable, fantastic.

So much more suited to that right wing role in that his presence suits and supports the midfield as opposed to his defensive liabilities being front and centre. Fantastic for the goal, seriously fantastic. But more so, his work rate and his bottle and attitude. Never hides. Made up for him.

See above. Set the tempo and workrate from minute one and assisted the midfield in more of a five than a three. How many times did we set the traps and then win it back? Fucking gegenpressing or whatever, fucking any pressing will do. Really impressive.

First time I’ve really seen him. Extra point for having a similar running gait to Henderson. Made up. His spirit lives on even when he isn’t playing. Thought he actually was really good first half. Dropped into the half spaces really well, lovely feet opened the play up loads. Some ridiculous shots mind you but seen as we won we can all forgive them, aye?

Would have liked him to have put the wrestler in a chokehold.

Come on and got involved. Not as good as the Baj, but frankly who the fucking hell is? NO shame in that.

His hair line is something else, aye? Love the way he uses his body as he is 16 and there is no fucking way he should be that strong. Might win the Ballon d’Or next year him, the mad little wee cunt.

See above, but does well for the chance where he is unlucky.

“I thought we were excellent first half. That midfield looked really dynamic. Bajcetic, what a footballer he looks! We needed something to hang our hat on and we got it.”