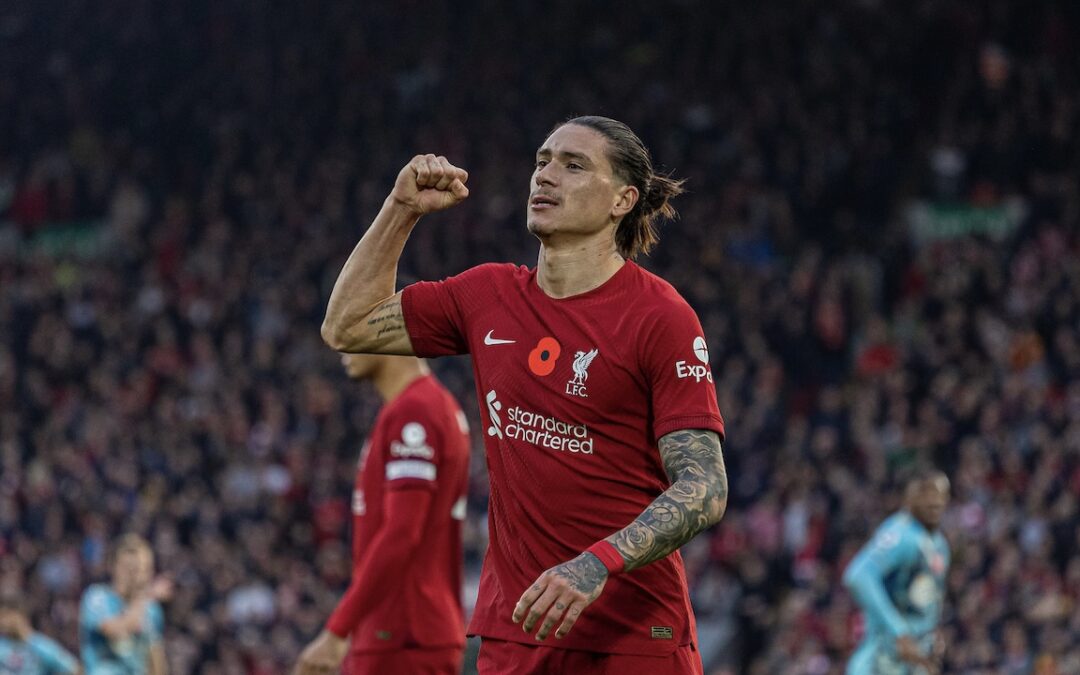 Best in the world. The three saves second half were incredible. The two one on ones, he has no right. Looking sharp with his World Cup haircut as well, weren’t he?

Played well first half but does some mad stuff when he’s defending sometimes. One first half he wasn’t looking at the ball for fucking ages and it was just floating over his head.

That lad he was marking was fucking strong, wasnt he? Did well, all told, some good front foot defending. Took it down well a few times.

Nearly scored second half. Was really sound, all told. Not sure how they scored and had three really good chances and all our defenders played well. Probably something to do with our midfield looking fucking knackered second half again.

Great ball for Firmino’s goal. Great movement for Nunez second and a great ball across. Not in it as much second half. Twatted his knee a bit.

Really good first half, as they all were. Like a proper Liverpool side with a proper structure and midfield. Drifted out of it second half when they had the whole of the middle of the pitch to themselves to do what they want. Hope he gets on the Gazprom during the World Cup and comes back with some fucking legs.

The head wobble leg shimmy fella was daft today. That one when both of the pricks got sent home for their dinner was funny. Fantastic. Leggy second half mind.

Fuckjng great ball for Nunez first. Fantastic. Bits and pieces really. In it a bit but would like him to have loads more presence without the ball. Good first half. They all were.

So unlucky with the unreal ball from Nunez. Great save by the keeper. He was good, wasn’t he? Should he have had a pen? Probably should have got across his man a bit more.

He is unreal. Might be my favourite ever player aside from that kid who come on for 10 minutes the other day, obviously. Loved him twatting the ball back into the net after he had scored. What a fella.

Banging then on these days. Funny, isn’t he? Would like him to get some new legs over the next few weeks, like a hair transplant. Bounce to turkey.

Fantastic when he came on. Exactly what we needed. Needle, clever.

Was desperate for him to come on in centre mid.

“Nunez really enjoyed himself, the relationship between him and Mo is really coming along.”

“It’s got all of the ingredients for an amazing partnership.”