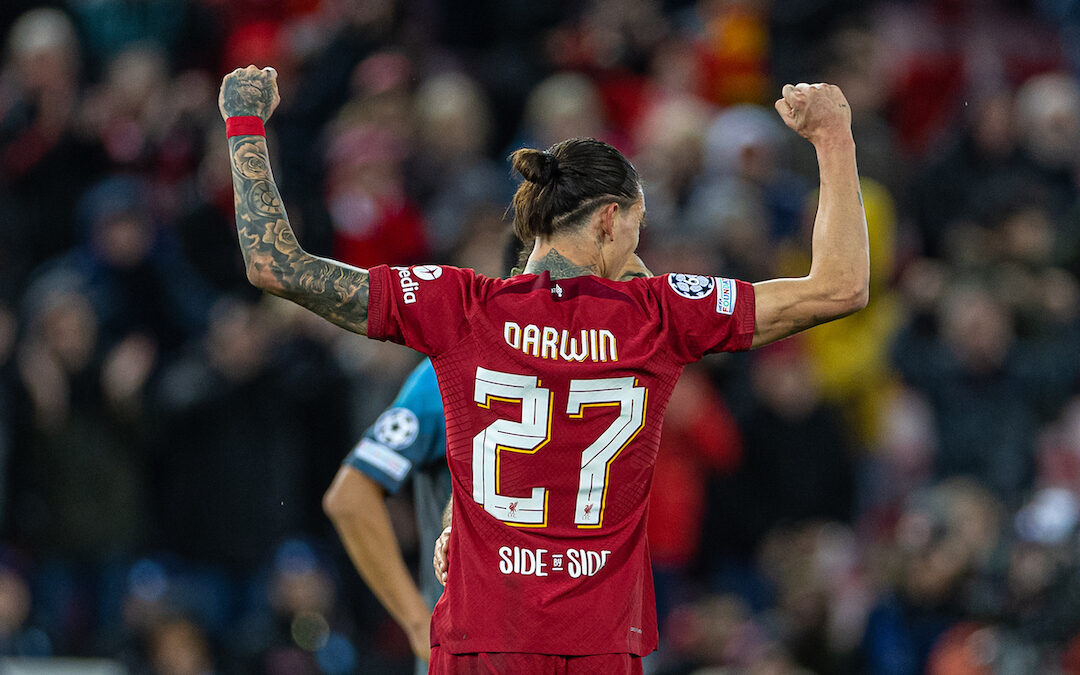 Nothing really to do which is a good fucking sign. Funny the way they scored out of nothing and then they got fucked off ’cause his ear was offside. Prince Charles would be fucked if he was up front for Kensington FC or whatever.

I thought he defended really quite well, you know. That lad he was playing against is fucking boss and he kept him reasonably quiet. Yes he got ragged a couple of times but that happens.

Love his presence, love his awareness. Love his aggression. Such an upgrade on Joe Gomez. Carried it into midfield really well a few times.

At his aggressive best first half. Loved the one where their lad fouled him and Virgil lashed him. Loved it. Funny the way Nunez pinched his goal and he was fuming. Sorry Virg, I’m on his. He would knock you the fuck out.

Again, loved the aggression. Threw his head in a few times, horrible to play against. Two assists again, of sorts.

Much more comfortable in the three. Did OK, still looked leggy but he will as he is. Needs a proper pre-season again, as opposed to our one this year which looked like it focused on the lads drinking 15 pints of Guinness every day and eating gateau. Hope Brazil fuck him off.

Fantastic commitment to volleying every cunt. Loved it. Much needed.

Not at his best but still really good. Loves the Champs League, doesn’t he?

I liked it, you know. Unusual position for him, almost a bit of a back to goal left forward/target man first half, but looked after the ball. Would like a touch more aggression.

I just thought he was fantastic, really. Talk this week of contracts getting doled to old players and people underperforming, but I’m not sure you can lay that at Mo’s door. He is grafting like fuck. Scores again.

Thought he was a bit shit. Touch like a big donkey. I mean he is getting flogged to within an inch of his life, so you can understand it.

Lovely but also non existent really going the other way. Some nice play. Would like him to be 6ft4.

These 7ft full backs who can do fucking Cruyff turns with his first ever touch will do for me. Was so excited by how tall he was.

By the way, did you get on how big the linesman was? God of war.

Will probably score 40 goals if The Reds sort themselves out. Just so involved in everything. Shit happens around him. Amazing footballer. I love him.

“It was a real challenge, they’re a top quality side. We looked more comfortable going back to 4-3-3. I thought Curtis did well, he looked really bright.”