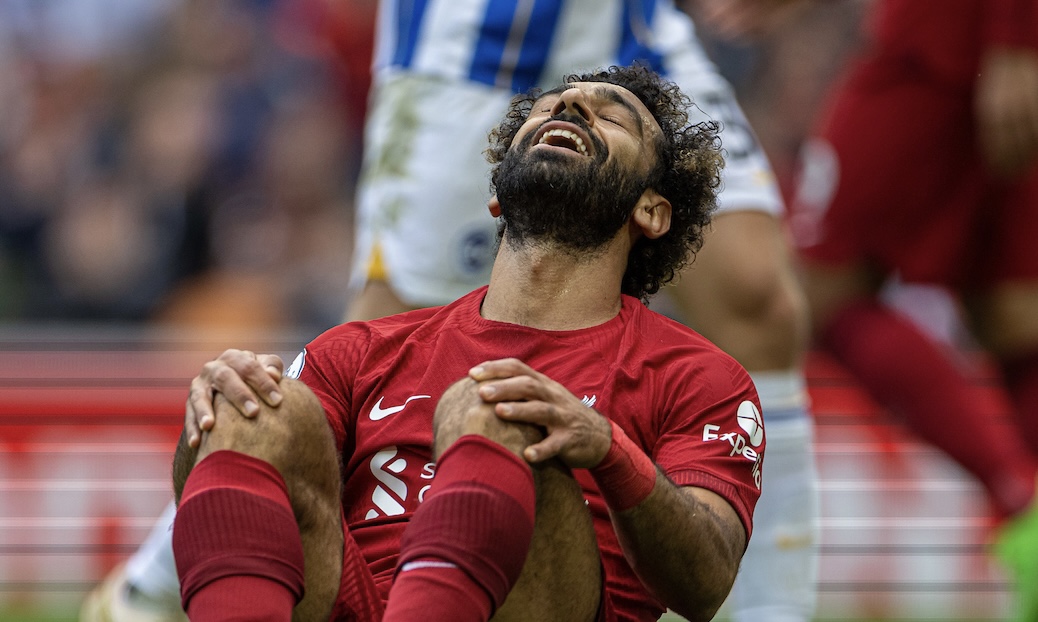 Well. One of the only players on the pitch to come out of it with any credit. Watching the rest of them aghast. Agog.

Honestly, I feel really sorry for him. He is obviously in his own head at this point but then three clearances in the space of a minute where he mishit every one of them sort of summed his mood up. Like The Reds, just looks a mess. Great effort with the freekick. Imagine if that had gone in, Jesus Christ that would have been like Ocean’s Eleven.

Had to deal with an awful lot of shite around him. But I don’t know, the defenders must be looking at the god awful shower of shite in front of them completely and utterly flabbergasted at what they are having to put up with. Five versus two, three versus two whatever. They have zero structure in front of them. It’s like a Jackson Pollock imitation of a midfield. Just a splodge of nonsense lumbering here there and everywhere.

Feel for him as per above. He’s gone from playing I think in the hardest team for anyone to face to playing in a side that offers up their belly to the knife, lifts the top up, fucking draws a mark, insert here please lads.

Thought he was shite today, for the first time really. Normally he masks Robbo’s absence. Today, he looked like a reserve.

Shite frankly. But then, I don’t know, feel sorry for him also as first 20 they just passed through our press at will. Easy as fucking pie.

Thought we missed him once he went off. One of the only ones to press first half.

Christ. Looked like me after Glastonbury. Seen he went to Oktoberfest in the three weeks they have had off. Must have got straight on the pilsner. Had 50 pints of the fucker. Think he still had the lederhosen on.

Up there for Liverpool’s best player. Gave us an out-ball time and again, when behind him it was like the beach on Saving Private Ryan.

Was shite but scored two goals. Sort of summed The Reds up really. Lucky to have got anything out of the game at all.

Mad decision to start him. Mad. I don’t know what the plan was for him to impact the game. Back to goal. Got better last 10 of the half, but I’m not sure that’s saying much.

Come on and showed some bollocks which made him about number one in the showing bollocks list.

Worry that we bring him on with a minute to go.

Come on and was generally bright.

“I thought we were going to get away with one. If you take that game as a whole, a draw is absolutely a fair result if not, a Brighton win.”