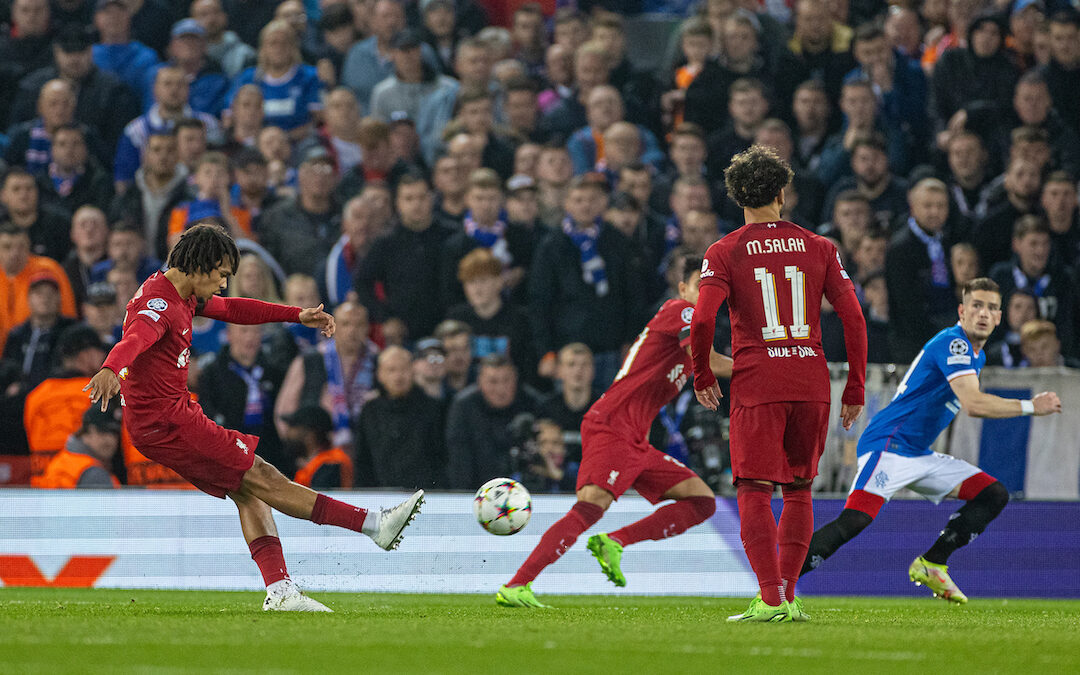 THEY love the king, don’t they?

Fucking hell. Wouldn’t stop wanging on about him, like he is this big legendary figure. Been in the job abar a week. Still in his probation.

One save to make all game and a clean sheet. I remember writing this every fucking week last year. Nothing to do. At one point I was moaning that I wrote the same thing about him every week. More of this please, Reds. Fucking hell.

Was great tonight. That was like watching a really good full back play full back in a team set up to have full backs. Which, frankly makes a change seen as though he has been getting asked to play like Dalglish at times and we have had three right wingers and nobody covering most of the season.

Some great through balls. Wasn’t tested really seen as though they are mainly very shite but great all the same. Cracking freekick.

Very aggressive both centre halves tonight. Very aggressive in everything they did. Loved it. Played like someone switched it back to easy mode again.

See above but probably a bit more aggressive. Loved it. Should maybe have scored with the header second half off the corner.

Great clearance second half. Unreal. Thought he was sound. Miss Robertson but not that much.

Looked like he enjoyed himself in there tonight. Looks to be happier deeper at the minute. Remember in 2018-19 when he wanted to play higher and we were all made up that he had reinvented himself. Yer, that now but to play as the deepest midfielder or one of two deep fellas. Looks a lot more comfortable with knowing when he has to fill.

Think he gave it away once just before he went off which is sound. Would like him to play 90 minutes at some point. Not sure when.

I didn’t think he was quite at his best tonight, little bit loose with a few passes but maybe that’s me judging him against his own ridiculous standards. Still boss and we still missed him like fuck as soon as he went off so maybe I know fucking nothing.

Some player, isn’t he? Unstoppable tonight. Even when they tried to stop him by twatting him he just has that needly South American trick of being able to ride a bad tackle, get the freekick and then get up like he is made of bouncy balls. Great movement and work rate all night.

Wasn’t quite in it as much as he would have liked, or maybe he was and just fancied having a quiet night. I don’t know his inner thinking. Played second fiddle to Nunez in that central area a little bit.

Well, all told I thought he was excellent and really unlucky not to score at least one. Just keeps getting chances, surely the goals will start to come. Great work rate, but unreal movement. Reckon once he starts scoring he won’t ever stop.

Thought Mo was great tonight. To be fair, I don’t quite get the stick he has been getting. OK, he hasn’t been scoring like he was last year but he has been showing and working same as ever, just that The Reds might not be as good so far. Still ticking over with the goals.

Comes on and runs about really without kicking the ball.

Grafted actually but gave it away loads.

“It felt routine again, it felt like Liverpool again. It was a very professional performance. Trent scored a great free kick. What a moment!”