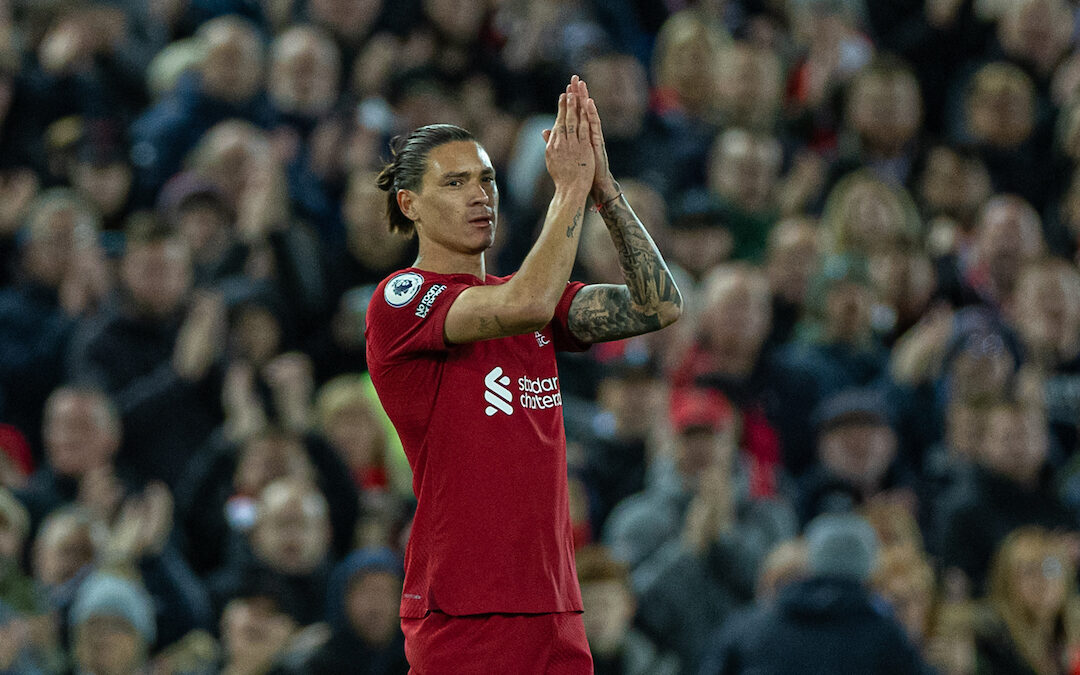 I haven’t got a clue what happened when they nearly scored at the end, but I’m saying he whacked up some kind of religious forcefield around the goal. Like Batfink’s wings of steel, except some kind of pope cape.

Deducted a point for that one at the end that sent everyone berserk, when he was under the ball for a free header on the edge of our box for about an hour “Trent’s up”… and then at the last minute was like, “no he fucking isn’t”… And they nearly scored. That massive weird mistake aside, he defended really well. One of the only ones second half to use the ball really well.

At his best again. Noticeable how vocal he was. Bollocking people, organising people, everywhere again. Looks like he is back at his best and long may it continue.

Again, fantastic but loses a point for kung-fu kicking someone in the head for not a lot of gain. In fact zero gain. None of the gain. That aside, he does really well.

Great ball in for the goal. Fantastic ball in. I was just saying to myself that we didn’t half miss Robbo and the drop off was massive when he plonked that right on Nunez’s head.

Did you see the black thing he had on his neck though? Looked like he had a wetsuit on under his kit. Maybe he did. Must have been fucking roasting. Probably sensible to take him off when we did.

I’m giving him an eight, mainly because he fucking grafted like fuck all game. Second half especially. Bit iffy with the ball now and again but if you are digging in to get a result and a clean sheet, I’m awarding more points for the lads who have got you there. Not happy with that? So fucking what. Write your own ratings.

Funny, init? Because you can simultaneously think he is not having his best game and then as soon as he has gone off realise we have zero fucking structure without him. Didn’t help that he was replaced by a ghost version of one of our players.

His movement from that left wing was crucial to how we set up. Yes he loses the ball occasionally, but he is so difficult to pick up and we didn’t half miss him when he went off.

Should probably have done better with a few of them chances first half. Certainly the one he shanks a bit wide. Wild that we took someone off who was more of a threat on the break than Mo was second half, but that says more about the other fella than it does Mo. Unlucky not to score, all told.

Probably would have been taken off if Nunez didn’t have a little niggle. Did OK. Played well first half, but drifted out of it second half. Probably goosed.

Unreal. A wild footballer. A fucking maniac of chaos. Neil has just come in after the Post-Match Pint and said he is like The Rock. He is a superstar in the making. He has everything. Chaos follows him. Like a fucking hurricane. Causing mayhem.

The one tipped over was just fantastic, the one against the post, Christ. The fucking goal, mate. A shit Andy Carroll? OK, lads. That is one of the best headers you will see. Save that.

His movement is second to none, he is fucking quick. Fucking quick. He will score hundreds for Liverpool. Star quality.

What a cameo. It had everything. From trying to chop Antonio’s legs off which led to him trying to run like he had been on a roundabout for an hour for about 50 yards, to just keeping it in the corner, to setting up last minute chances.
Curtis:

Kept it quite well. Got to get a pre-season in his legs.

Fucking hell. Looks like he needs a rebirth in Bobby’s fucking christening pool. Was frankly, shite. Looked like he can’t run. Is he carrying a knock? He can’t turn. Was like a three-legged dog.

Worked so hard when he came on. Offered some lovely defensive rigidity.

“It felt unnecessarily nervy towards the end. We took what we had and got out alive. Now let’s go again Saturday and win again.”