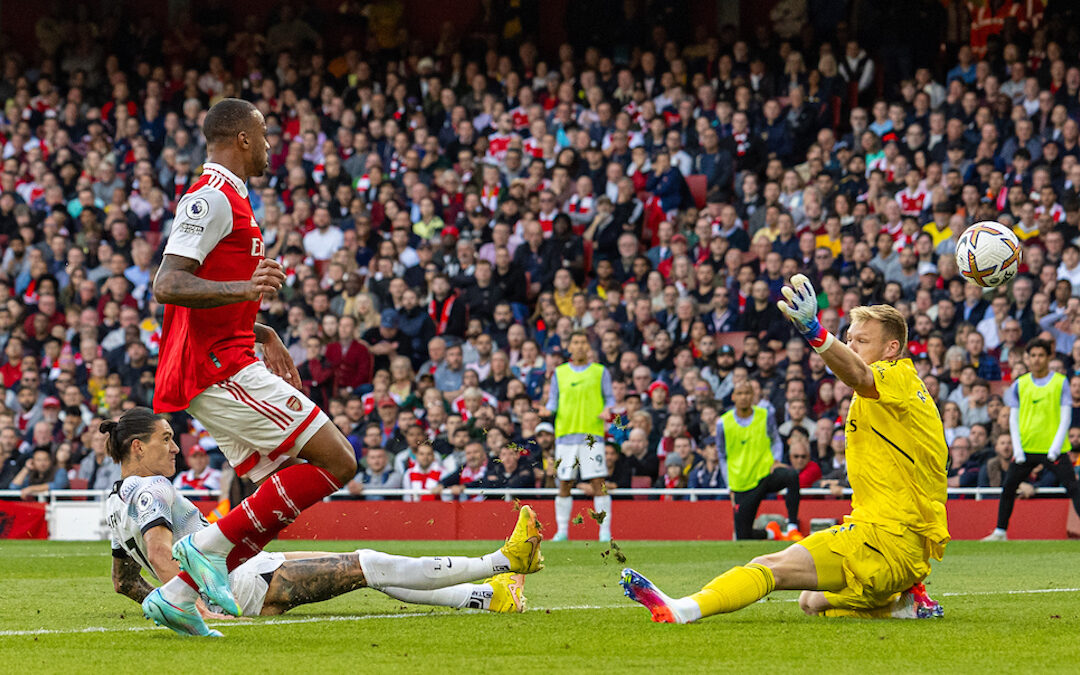 THIS football team has gone from one of the most intelligent in the world to a team of fucking dimwits.

Honest to god. They might be the stupidest collection of men on the planet, and frankly that takes some doing.

Let’s be honest, Liverpool deserved nothing from that second half. Nothing. They were dog shite.

Another game where he doesn’t have anything to do aside from pick the ball out the net three times. Wild this. His head must be battered. Hugging his Brazilian mates at the end like they have had a nice time, do me a favour lad, fuck off, do it in the fucking tunnel. He’s lost two points for that.

Fucking hell. For that fucking second goal he is fucking shocking. Woeful. It’s just berserk decision making. He empties his position and then sells himself.

Woeful for the first goal. Woeful. Why the fuck is he five yards behind everyone else. Playing every cunt onside.

Shite today the big man. Shite. Does well to stay on as long as he does. Some of the decision making is fucking nuts. Why did he try and cheat it in the number 10 position half way through the second half? These are a team of players who have all gone mad. Genuinely lost their minds.

That fucking free kick. What the fucking hell was that? It’s a minute before half time. Take your fucking medicine. Nah, I’m sound for medicine, thanks, I’m just going to plonk this on the edge of their box so they can break nice and easy. Looked fucked.

Well frankly, he wasn’t great. Shite, in fact. Had a lot to do in midfield because of the shape, but fucking hell he looks like he’s dropped off a cliff. Symptomatic of The Reds. Too many heroes happy to argue and look the big man when the whistle’s gone, but not happy to get first to the fucking ball.

Was better than Hendo, but was shite in relation to his standards. Loads to do in midfield but kept giving the fucking thing away second half. So frustrating as Liverpool were really good first half, aside from the goals, but absolutely shocking second half. Deserved nothing. Unlucky for the pen but frankly that defending in the lead up was so shambolic that it was almost deserved.

Such a shame that he had to go off. Watch, knowing our luck this season he will have blown his knee up. Great for the goal.

Really good first half, great movement for the goal. Fed on scraps second half. Again, though, think the subs made us worse. Every fucking one. Might have been the one that maybe should have gone off.

Great ball for Bobby for the goal, and much better once he went to the left first half. Not in the game second half.

We just aren’t getting anything out of him. Nullifying him for what fucking purpose? None that I can see. Think it was a poor decision to take him off.

Made us worse, which isn’t great.

Made us worse, which isn’t great.

Did alright but was he part of that shambolic attempt at clearing the ball before the pen? Because if he was he wants fucking.

“We fine ourselves 2-1 down purely out of stupidity. We dug ourselves a hole that we couldn’t get out of…”