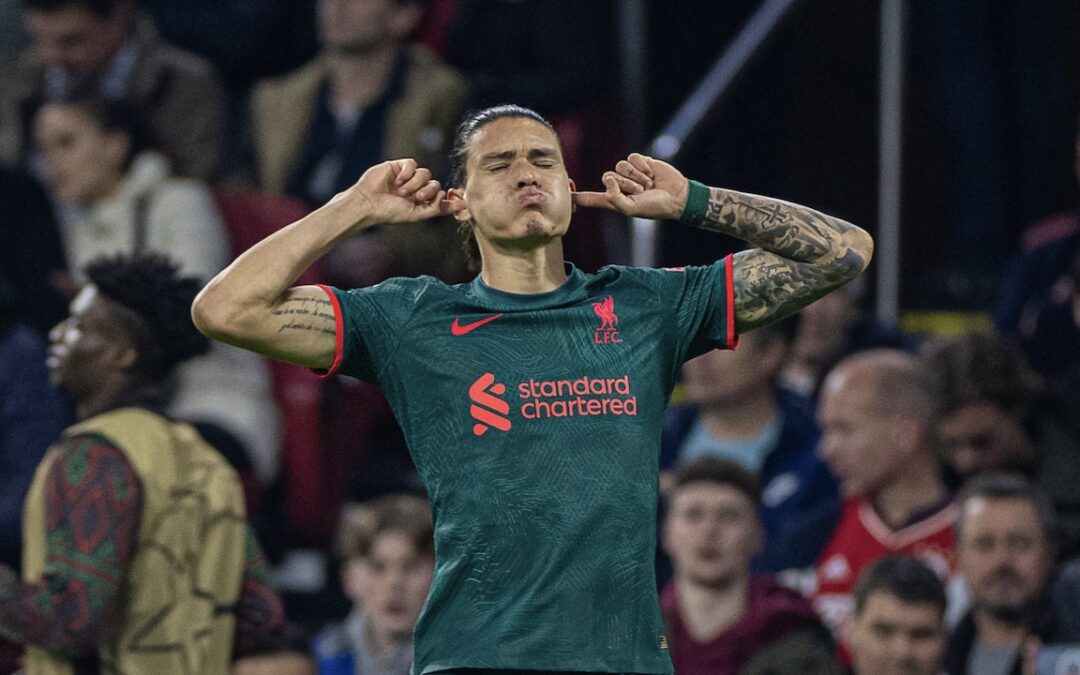 You know the dance. Hardly anything to do. Makes a lovely catching save where the likes of Mignolet would have made a show of palming it away for them to probably score the rebound.

Great block first half when The Reds were ragged. Played well. Does nothing wrong. I’m into that. Popped up at centre mid and upfront for a bit as well.

Thought he was great throughout.

Struggled first 20 then got to grips with them and defended front foot.

Well, first half, Christ, he carried on where he left off, being absolutely shite. Grew into the game, to be fair. Could do some stuff like an actual footballer. By the time he went off there was cause for hope that he might be on the comeback trail. Fucking hope so.

All of that said, fucking hell, he had a lot of space to cover first half. Not sure on the merits of playing a formation that absolutely exposes your deepest midfielder who is having a midlife crisis by playing one in midfield.

Flogged it all over that left hand side of the worst diamond since your bird’s engagement ring, then suddenly springs out with the ball and plays a wonderful pass to Mo for the goal. Fantastic. Got twatted. Hope he’s OK.

Looked like he was trying to make a lot of sense of where he was meant to be first half. But grew into the game. Great finish for his goal. Would have bet my life that he hit the side netting.

Funny him lad, isn’t he? Missed that sitter, probably laughing his cock off about it at half time. Wild man. Maniac. Could do anything. Would like to go on the ale with him. He could do anything. Knock your ma out, graft your bird, throw a cat over a boozer, be sick, win the dancefloor, turn up in the 051 with a roast dinner.

Two minutes in that second half summed him up. Mad cross/shot led to a corner when he should have squared it, scored off the corner. Maniac. Funny when he popped up at centre half and broke it up.

Great fucking finish for the goal. Has a look, clips it in. Couldn’t get in it first half. Enjoyed himself after that.

Couldn’t really get in it first half but sort of grew into it while being a bit mad. Doing well to graft as he is every game, mind you.

Brought a million of them on. You want me to rate all of them? Fuck’s sake.

He has grown. Big chicken eater. Like him as an option.

Honestly, all in on him. For no reason whatsoever. Think he might be the greatest defensive midfielder. Based on nothing.