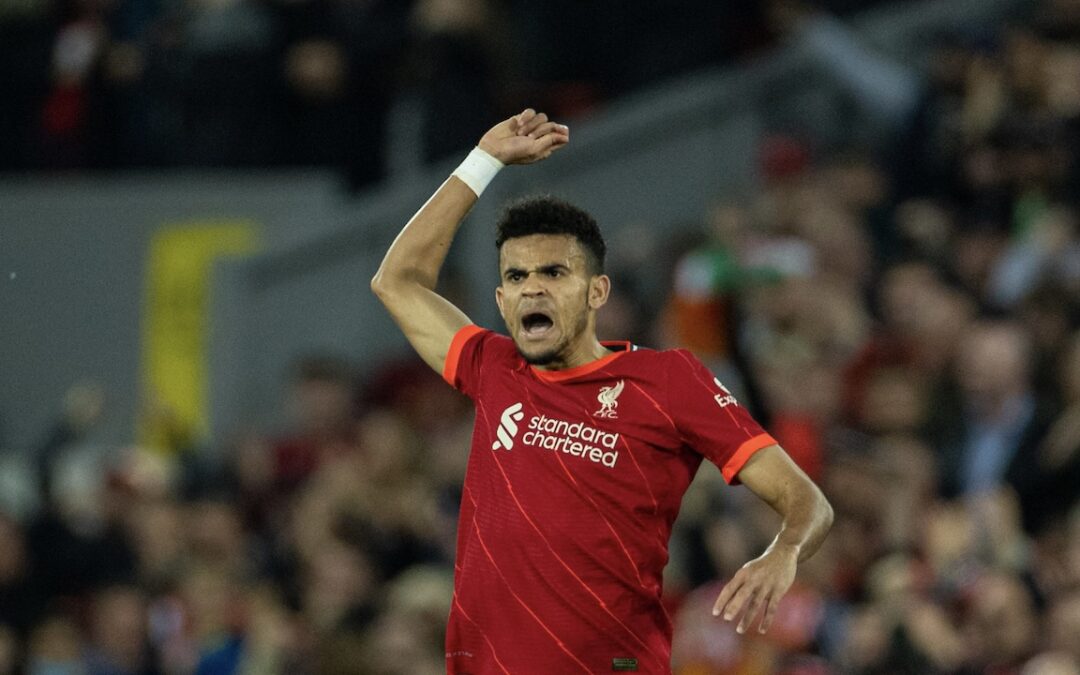 Ben Johnson’s player ratings after Liverpool 1 Tottenham Hotspur 1 in the Premier League at Anfield, as Luis Diaz stars once again…

I have had a recurring dream/thought since we drew 2-2 with them that we will draw a game and they will lose one and we will win it on goal difference. I have had this thought on numerous occasions.

I also made a deal with my higher power, or tried to today, at 1-0, where I wanted putting out of my misery. If we aren’t winning this fucking league, I’d rather not win today. Fuck perfection and winning every game to be diddled by a point, put it to bed.

Are we winning the league on goal difference? Have we just fucked the league? No one knows, mate.

Not much to do again. Couple of offside saves to make aside from picking the ball out the goal. Shame really.

Mixed night, really. Defended really well on the whole, aggressive when he needed to be, great first half. But then he had them three crosses second half from the left hand side, one after the other and by the third I wished I could throw myself off a cliff. They nearly scored from the fucking last one.

Not sure he did much to deserve being on a side that didn’t win. Unlucky with the header against the bar, pretty much marks Kane and his pet tongue out the game, aside from their goal. Not sure he could do much. Would have to see it back, really.

Was good again but have a memory of him heading it out needlessly in the build up to their goal. Don’t get me wrong, loads happens in between that and them scoring, but he clears it to no one when we could have just played. Might be harsh. I don’t know. Played well otherwise.

Looked a bit like a man who had played a million games in a month. Maybe he has. Still not sure I would have took him off really. I don’t know.

Was really good again, obviously. Really good against them breaking out when they tried it. Would like to save his legs for the cups but frankly what happens if they get beat like my dream. What a fucking pickle.

Does alright, Jordan. Can’t help but feel he might need to do more really. Or at least I want him to do more. He was good but he wasn’t great. I would like him to be great.

Gave it away a few times, but he was fantastic again really. Kept the tempo, moved the ball controlled the space.

Not at his best, Mo, which is a shame. I would like him to be at his best for both cup finals and then if there is a ‘they are going to lose one’ diddle I would like him to have a huge resurrection in all league games. Maybe he is saving himself for Real Madrid. If so, fair enough. Score six in the fucking final, Mo.

I thought he was good today, Sadio. Wins a few fouls.

He is just so good, isn’t he? Might be our best player now. Certainly our most in-form attacker. Deserved the goal regardless of deflections. Look, it’s a shame that. No two ways about it, but who knows, they may lose, Tottenham may have put us out of our misery. No one knows at this point so let’s fucking dream, aye?

Come on and tried to karate kick Kane’s overgrown slug tongue off at its roots. Which as an opening move in the game was sound really. Might have been better to concentrate on scoring or assisting and that, but I’m fine with it. It won’t slay itself that menace.

Christ would like him to start slotting again as without it, fuck me.

Did alright when he come on really.

“Tough to take, that. City already had an advantage and we’ve given them a bigger one.”