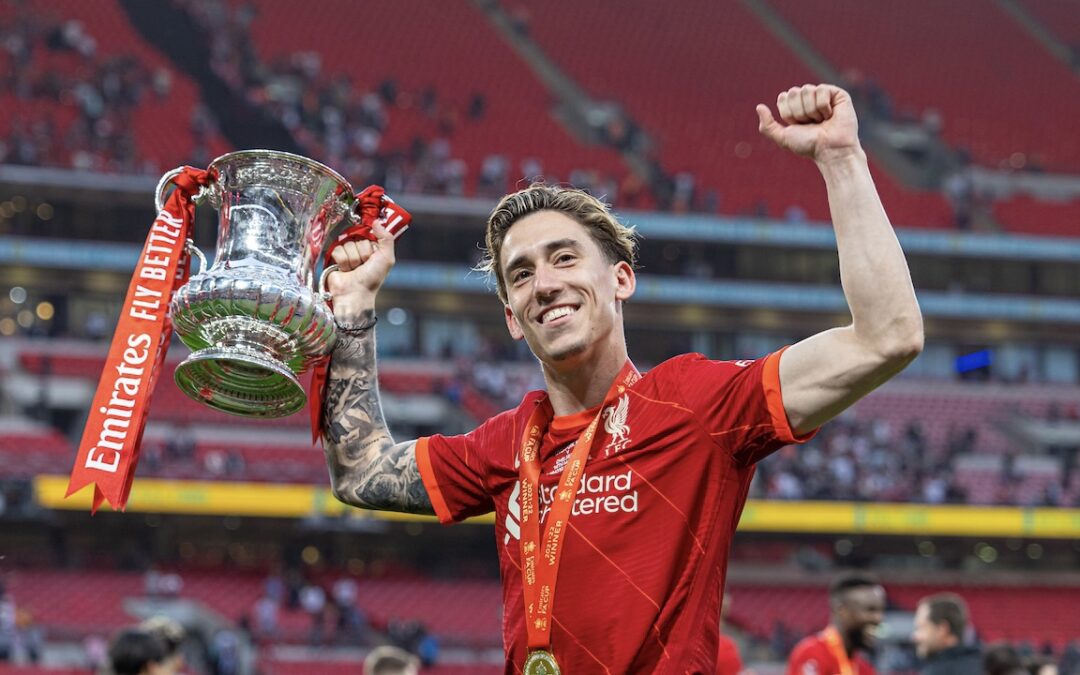 AND like that with such simplicity the FA Cup is surely won.

I know I’ve whacked the wrong cup in there, but I’m just warming up for a couple of weeks’ time.

Makes one great save when he is out smothering. Other than that, fuck all to do until the pens when for the first six he had a belter game of dodgeball and then thought ah fuck it, I’ll save one now.

Mad the way we took him off. Yer, fuck it. Come and have a rest, Virg. Was great against Lukaku. Tried to pin him and roll him a few times and Virgil just fucking lashed him. What a fella.

Think we were talking to his boys before the game. Je suis sound or whatever. Was boss today. Legged Lukaku.

Ran himself into the ground. Was great. But then he probably knew that mad Greek twat was destined for greatness, so lashed in a jarg fatigue warning to Jurgen and the boys just to facilitate it.

What a fella. He’s lifted every fucking one. We might have to go a bit shite so he can whack the UEFA Cup on the list. Was great in that deeper role to such an extent that we didn’t miss Fab.

Was great today. Can’t remember anything about him in the match at all. But let’s just accept that he was great, aye?

What a footballer. What a footballer. Just had an unbelievable ability to win cups. It’s ludicrous at this point. Was conducting the crowd while just running the fucking game. Amazing. Pen in off the post. Silly.

Oh man, imagine how big the man of the match award is going to be in the next final when he actually slots. Incredible footballer.

Played well, Sadio. Linked play really well. But my god the pen. Was fully expecting him to twat it. Abso telegraphed the cunt into the bottom corner. Wow.

I suppose this is the issue of being so good. Little tweak, probably fine to carry on if that’s our only final. Fuck that mate, the European Cup is next week. I’m sound with it.

Have you ever met a bad Greek fella? Anyone? They are fucking sound, the Greek lads, and we have the best one. Funny, init? Made up for him, the little mad cunt.

Just lost some threat when he come on.

Was fucking brilliant when he come on. Ahead of the play, driving The Reds on.

Wild that he just come on for Virg cause we were resting his legs.

“Domestic cup double! Penalty shootout kings! Kostas Tsimikas the hero! What a let off there at the end.” 🏆