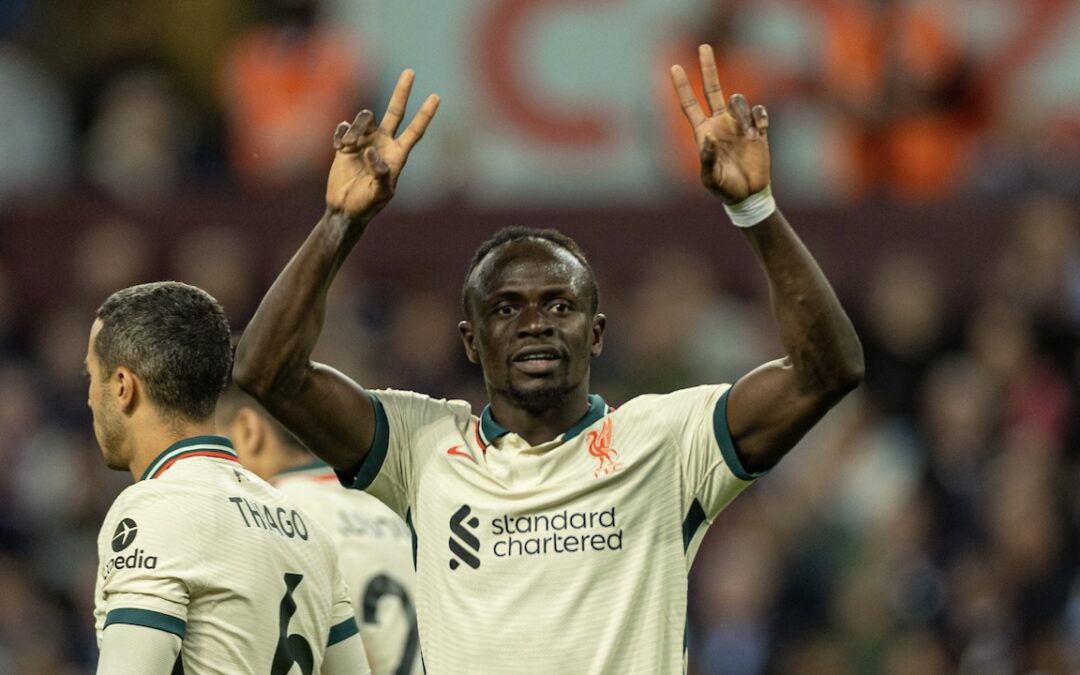 Funny when he goes a bit mad sometimes, isn’t it? Mistake for the goal if we are being honest and then the wheels were off for half an hour. Doing breakdancing and that when passing the ball.

That said, that’s some save when Ings is in second half. It’s mad what he does; stands and doesn’t commit himself until the forward puts his head down to look at the ball, then fucking sneaks up on him like it’s a fucking ghost train, so when the forward pops his head up he’s there a yard from him in a scream mask. Aaarrhg.

I thought he was largely excellent, save for a mad bit at the start of the second half when he was trying to force everything and went and played centre mid for a bit. Fucked it off when Thiago come on which was sound, to be fair.

Can’t remember if I have said this before, but he’s like a musketeer with that goatie. Fucking Dogtanian walzing out from the back, about to cut your clobber clean off with his pointy fencing sword and leave you bollocko on the edge of the box without so much as a graze. Clobber floating in the air around you. Scored and looked affronted. Liked them fucking hanging up on the referee after our goal.

Looked a bit leggy tonight, Virg, but I’m giving him an eight because why not? Great second half apart from one offside he got himself in a pickle over.

Seven might be harsh. He grew into it. Was largely a bit shite first 20 which is unusual for him. Maybe he didn’t have much help and much on to pass to. Got better as the game went on and made a brilliant block second half.

I would like to think there is nothing wrong with him aside from he went on the ale yesterday and realised he was off his chops after 10, gave the ball away and went ‘this isn’t for me today, gaffer’.

That wasn’t him saying that, by the way. That was a flick into Sunday league Johno, there. Not me talking, teammates lads. Fuck’s sake. Come on.

Was wild tonight, Naby. Both good, tired, busy and bad in equal measure. Thought he was one of our better players first half when the game was wild, then went mad last 20 just kept legging it at people with the ball even when he was knackered. Not sure what went on with the miskick. Not sure he does either.

Thought he did OK really, drifted out of it at times but decent given his lack of game time. Great run for the Trent freekick. Excellent saving of Thiago’s legs for 60 really, which really can’t be underestimated enough.

Unreal at the moment. Everywhere, work rate, heart and ability is absolutely as good as it gets. Lovely horrible side as well, buying us freekicks when we needed it, taking the sting out the game. Great header for the goal.

Great again. Unreal play for the Sadio goal. Just twats it across. What a player.

I thought he was decent today. Could do with a goal really, but good all round play at times. Just drifts out of it at times too.

I thought he was excellent when he came on. Settled us down, wasn’t off his barnet, which helps, just added some protection and composure in there where there was none.

Unreal when he came on. His pressure on the ball starts the move for the second, but just his ability to take the ball anywhere and look after it.

Looked sharp. Hopefully he is saving himself for a lovely day in the sun on Saturday.

“Liverpool have got a result! And they had to work so hard for it, Villa played really well. Liverpool fought for everything, excellent in battle and spirit.” 🙌