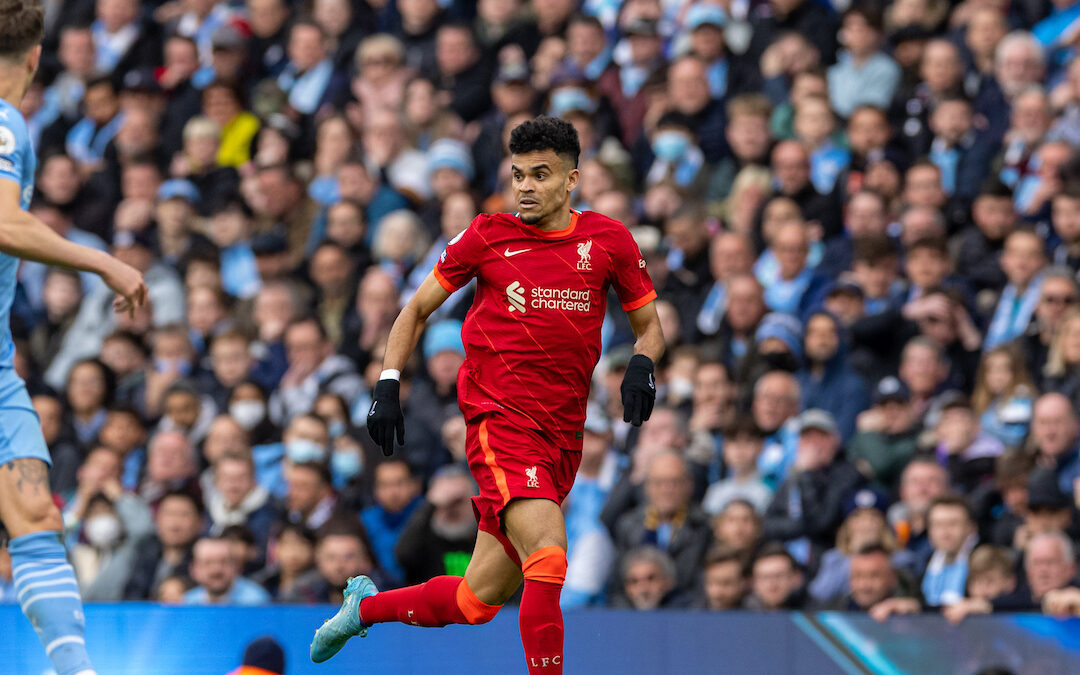 Match preview ahead of Manchester City v Liverpool in the FA Cup semi final at Wembley, with the chance to seal a place in the final…

IF you want Liverpool to win anything else this season, a harsh truth must be accepted.

Liverpool clinching more silverware is almost certainly based on the condition that we must beat Manchester City at some point. This Saturday’s FA Cup semi final is one such opportunity. A Champions League final may well be another.

We may not enjoy that but it’s the hand we’ve been dealt. This Liverpool team must step up to that task, however exhausting that may be.

Prior to last Sunday, City had won in all 22 league games they’d took the lead in. But Liverpool showcased the fight and desire that has defined their rise to the heights of domestic and European football.

Having said that, a draw keeps the league in their hands. Perhaps I’m too scarred by 2018-19. I supported clubs from up and down the land, desperate for any damage to City in their last 17 games. City won all 17.

This semi final requires no switching of allegiances to the Burnleys and Brightons of this world. This Liverpool team don’t have to rely on anyone else to get a result from them. It’s in our hands. Win and we remove the toughest obstacle to our first FA Cup in over a decade.

Last Sunday was an exhilarating affair with no defensive subs. The prospect of extra time and penalties may lead to an air of caution simply not present last time round.

Hopefully, Jurgen Klopp will have learnt a lot from that game. We need to be much better at breaking up play in midfield and keeping possession in their half. Use our forwards as out balls, challenge for it in the air, get them penned back.

Meanwhile, Pep Guardiola may be puzzled as to what he can learn. Last week, his players exposed Liverpool’s frailties in a way no other team has done this season. They took the lead twice. And yet they still didn’t win.

Our match against Benfica showcased the best and worst of what we’ve offered this season. Scintillating attacking play mixed with a poor grasp of game management. It felt like a throwback to the real heavy metal days of 2017-18. I’ll keep the former and have less of the latter please.

The seven changes made to that line up offers some hint of what Jurgen’s next selection will be.

Then there are the endless attacking options. The front three that started against Benfica were fantastic. Roberto Firmino could be adept at tormenting Rodri and facilitate more possession in their half.

Then again, Sadio Mane was superb last Sunday and Mo Salah seems ever closer to breaking his goalscoring drought from open play.

Given Luis Diaz is taken off against Benfica, with Mane and Salah brought on, I think they’ll be Jurgen’s choices for the front three. Diogo Jota is an excellent impact sub if fit.

Greatness comes at a cost. Our cost is having to compete with this City side. Our fans enviously look to their team and vice versa, and ponder, ‘how much easier this would be, how many more trophies would we have won, if it weren’t for this lot’.

We last beat City in November 2019. For a team going for it all, there must be another victory sooner rather than later.

These are indeed the days, my friend. Let’s make the most of them.

"I'm so excited by this game! I think it will be the old school front three because of Firmino's performance the other night and how he has been used against City."