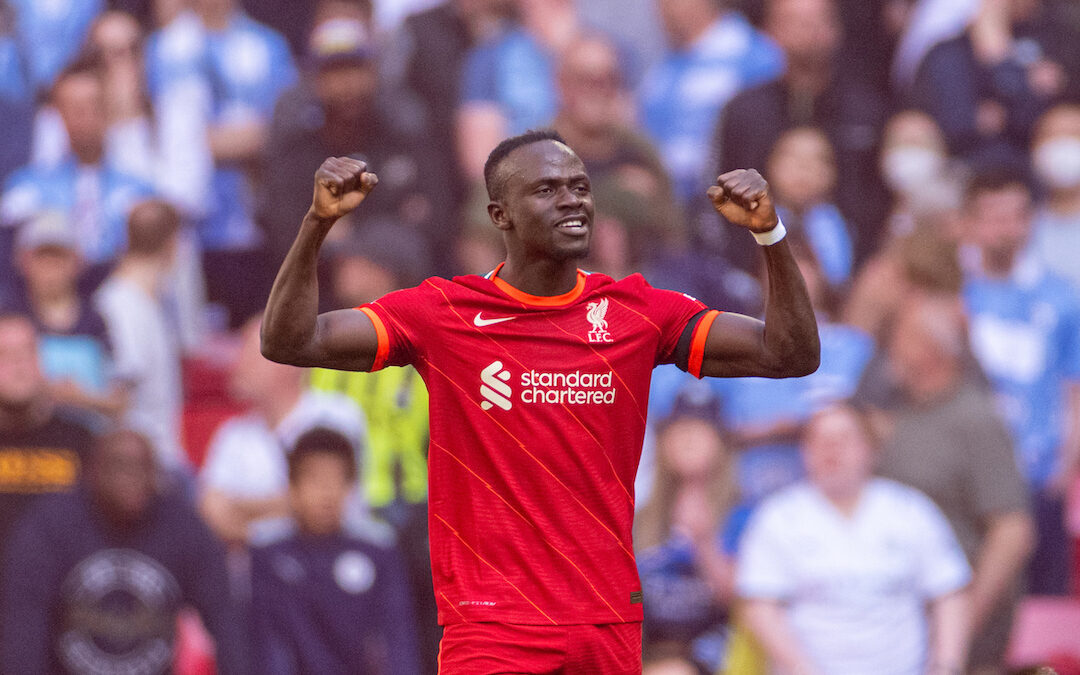 FUCKING get home, you scruffs.

Great couple of saves second half, especially once they scored a goal that actually mattered. Jarg peril all game, a bit like through the week. The result was in danger for about one minute out of 94.

Was great today. People happy to have a poke at him last week, defended unreal today. Tremendous. The ball over to Robbo in the buildup to the third… Big heart eyes emoji.

Loves them headers lad, doesn’t he? Great goal. Set The Reds on the way.

Unruffled all game. Them two goals feel unjust at this point, really. Like a gift. Should have been fucking 10 based on the first half and the overall patterns of play. Would have like us to have pummelled them so much that Guardiola was on his knees pleading for mercy. That will keep for Paris.

Great ball in for the first. Just pops it up there on a plate. Great today. Like the rest of the lids.

So much better this week than last. Just all over them from the start. Playing round them. Like they tried to do to us last week. Harsh booking from a referee who seemed to think it was a team of grown men against boys and that it was his duty to level the playing field.

Just an incredible footballer. At his best against the best. Didn’t give them a minute either with or without the ball. The switch he played second half. You know the one. It’s getting framed as we speak and hung in the Tate. Stunning.

Tremendous first half. Just a monster without the ball, won it back from unlikely positions so many times. Might be his best game in a big game for The Reds to date. Would have no problem if he started every game from here on in.

A completely different animal for them to face, like something they had never seen before. What the fuck is this mad cunt? Like Jurassic park. The lecky fences are down and this raptor is intelligent and will rip your guts open given half the chance.

Unreal today. The difference between last week Reds and this week Reds was the midfield but also the ability of the forwards to look after the ball. Diaz and Sadio just made it stick all week. The goal where he tackles the keeper… Amazing. There’s not many goals where you score off a tackle. Amazing two footer as well. The volley was delicious.

Thought he was boss you know. OK, you might say he maybe should have scored and, OK, you maybe might be right. But fuck me, he takes up so much of their lads’ attention. Such an out ball.

Couldn’t really impose himself the way he would have wanted.

Nothing to do really.

“They played with confidence, they played city off the park.”