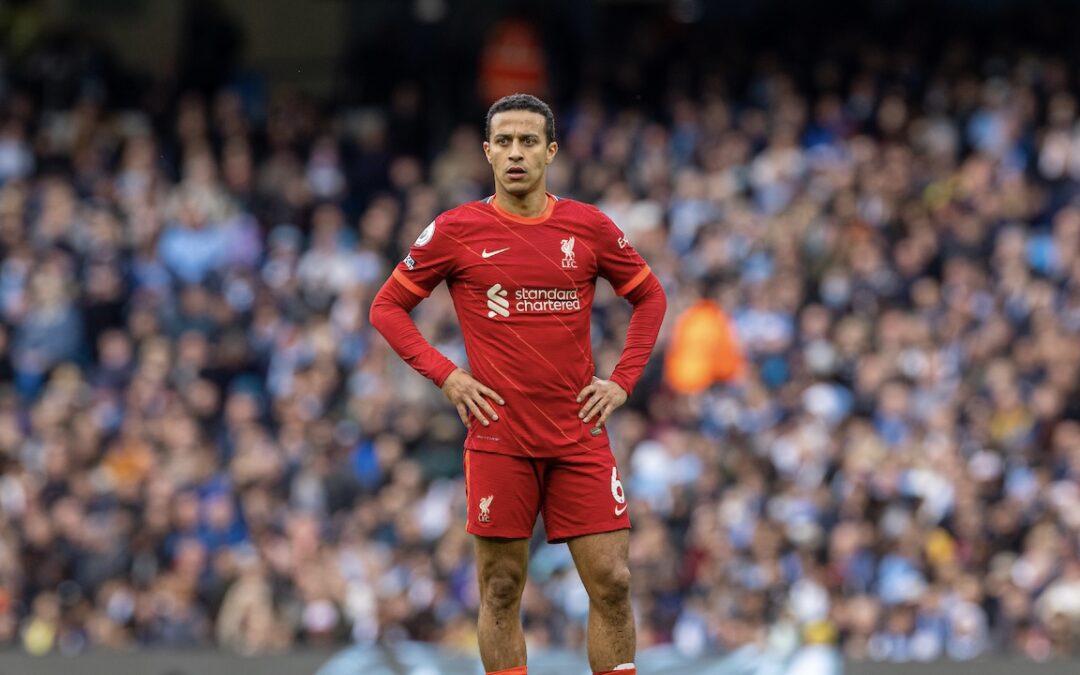 Was unnerving every fucker first half trying to get The Reds to play. Let’s be brave, we’ve got to be brave, to beat their press. Well there is being brave and being fucking nuts. And we veered on nuts first half. Playing two touch in our own box. Great save from Sterling before their goal which was surely offside. That linesman, think he’d had a stroke. Couldn’t move his arm with the flag on. Had it taped to his wrist so he wouldn’t drop it the cunt. Fuck me.

Did he have anything to do second half? Not sure. Gets in Mahrez’s head for the last minute chance. Beat me then, you little fucker.

Wild first half. Nervous, I think. A few of them were. Gave it away his first three touches, but then creates the goal with a fabulous pull back for Jota. Such presence of mind. Woeful for the Jesus goal. Woeful. Doesn’t look to see where his man is once. It was like a surprise when he was popping it in.

Another nervous fella first 10. Two fucking crazy decisions to head the ball in the air in the lead up to Kev’s goal. Imperious afterwards. Boss when he asked Sterling to take him on, go on then lad, and then took the ball off him and laughed.

Another mad fella first 10. Grew into the game and was fucking sound by the end. Lovely big elastic legs a few times there, wasn’t there?

Exposed first half. They had about six fuckers on his wing coming in and coming out he didn’t know what the fuck was going on. Once The Reds got a grip he was sound.

Thought he struggled today. Gets done for the first too easy, disappointing. Doesn’t really recover for me. Got rolled a few times too easy.

Thought he was our best midfielder by a fucking mile. The only one first half playing in the right areas and actually managing to keep the fucker. Loved his second yellow which wasn’t a second yellow because someone fouled him in the buildup to him wellying De Brunye. Hahaha.

Does well to press the way he does in a match where people are being looped out the game left, right and centre. Would have liked him to stay on, really. Just seen him on the telly getting interviewed. Weird beard on the go. Got a fade on his beard. Like a muscateer. Not sure, lad.

Funny one, Sadio. I thought he was crap first half. Kept coming into mad areas and falling over and giving them the fucking thing on the edge of our box. Was sound second half when he packed that in and started slotting goals. Great run and finish.

Funny, isn’t he? Just fucking scores, lad. Thought he was alright throughout, that said was happy to see him go for Diaz.

Didn’t really get a chance in the game but thought his work rate, hold up play, and defensive play was first class. That will do for me.

Was so obviously a threat when he came on. Looks after it. Looking forward to him running them ragged next week.