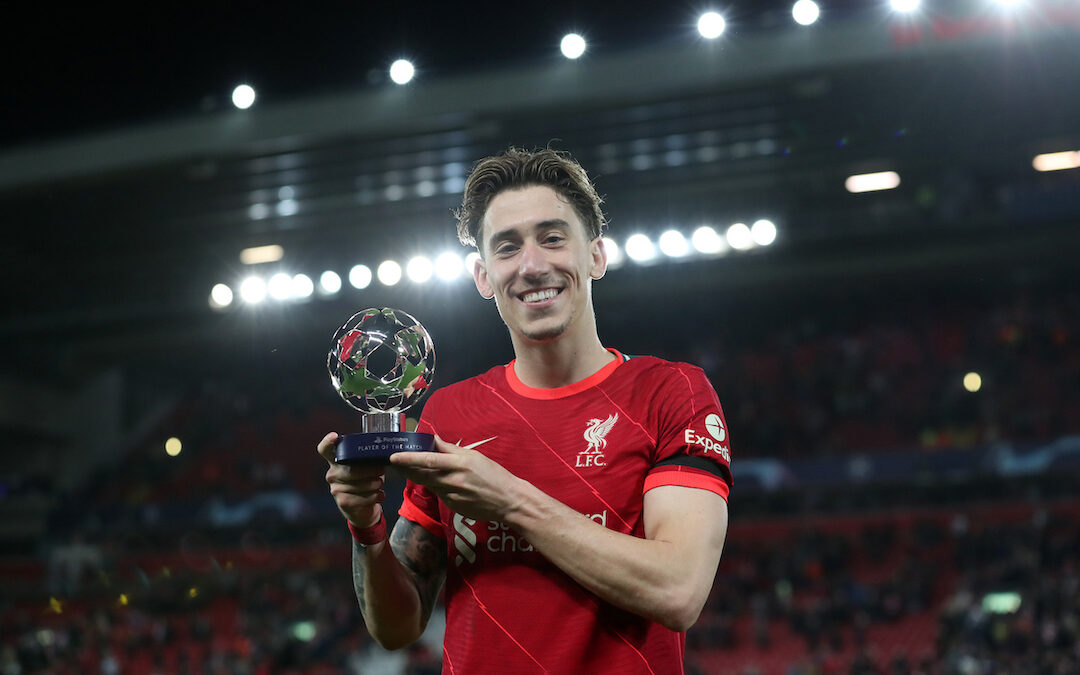 WELL, if we are honest, that was a little bit silly in the end, wasn’t it?

Conceded three, did nothing wrong. Not his fault he kept having fellas running at him with the ball in our box on their fucking own. The save after their third really was tremendous as its right in the corner, the lad twats it and I’m not being funny but if that one had gone in it would have been bad times.

Weird night. Felt a bit like a pantomime. Fake peril after every turn. He’s behind you. I know, lad. Oh actually he wasn’t and he’s scored, you nobhead. Fuck off you Widow Twankey with your big fucking jarg late flag. Silly.

I don’t know. I thought the whole defence played well really which is, mad as they have conceded three and it could have been more. Was excellent first half when they were trying to get after him in the space down the right.

I am struggling to give either centre half more than a seven even though they were both sound. Great goal again, a carbon copy. Not sure what went on second half really and haven’t seen any of their goals back but, I don’t know, it’s no fucking fun trying to hold a line as a centre half if there is no pressure on the ball. I’d say the issue was more with the midfield maybe relaxing a little bit, everyone just getting a little bit ragged rather than the defence being shite.

Honestly can’t wait for a week’s worth of shit chat about our high line. Fuck off, you boring fuckers.

See all of the above, but with skinnier longer legs and a mad beard move.

Man of the match. Was absolutely boss from the first minute. Two assists, great on the ball, great defensively. Boss in the air. Needly fucker. Love him, he is absolutely sound. The biggest compliment you can give him is that left back would be the one position in the whole side where, if the first-choice senior player was out, you wouldn’t even flinch. Dealt with that little Bluenose cunt as well which was sound.

Thought he was good first half dictating play and keeping the ball, couple of awry passes aside. Missed him when he went off as the tempo dropped a little bit without the ball, which I am not sure he would have let happen really. Hope he packs them big mad Barca at home lungs for Saturday.

Struggled a bit I thought, which is understandable to me given that he is only a few years younger than I am and I was decimated after playing in the park with my lad last week. I was only in goal and getting the ball when he missed. Destroyed. I don’t know, looked for the first time like he was struggling to get back in at times if the press didn’t work. Might just be that he hasn’t played for fucking ages, or maybe it’s because he is on his lazzies.

Twat of a freekick in the first 10 minutes that directly led to their counter attack and whacked in a tackle through ball to their lad which was sound.

Thought he was good again Naby, in the main. Kept the ball really well. Great through ball for Diaz in the lead up to one of the goals. Maybe, like the rest of them, just knocked off ever so slightly when we all had one eye on Wembley. Probably wondering how busy the motorways are gonna be.

Boss again, wasn’t he? Would like him to play on Saturday, you know. Reckon they would be bamboozled by him. Reckon I’m going Sadio, Mo, Diaz and full on leg it mode on the break.

Great tonight, Bobby. Two great goals, some belter celebrations. But looked after the ball when he needed to and linked it well.

Was great first half even if some of his decision making was a bit mad. Took up great positions behind their midfield and linked down that left really well.

Come on to control the midfield and did it perfectly with Fab until we forgot to apply any collective pressure without the ball.

See above. Was sound in the main, but obviously caught between two sticks. Save legs and do enough or look after the ball.

Was good when he came on. Unlucky not to score a few, set up a few and generally be back to his best. Looking forward to a hat trick on Saturday.

Love a bit of div. Give him four more years please.

Possibly five. With an option of a sixth and a testimonial. And possibly just lash him the player manager gig when Jurgen gets off. Be arsed with Gerrard.

Looked lively when he come on.

“The 5 mins before Bobby’s second goal was possibly my favourite time in the ground so far this season, when we were singing Jurgen’s new song over and over.”