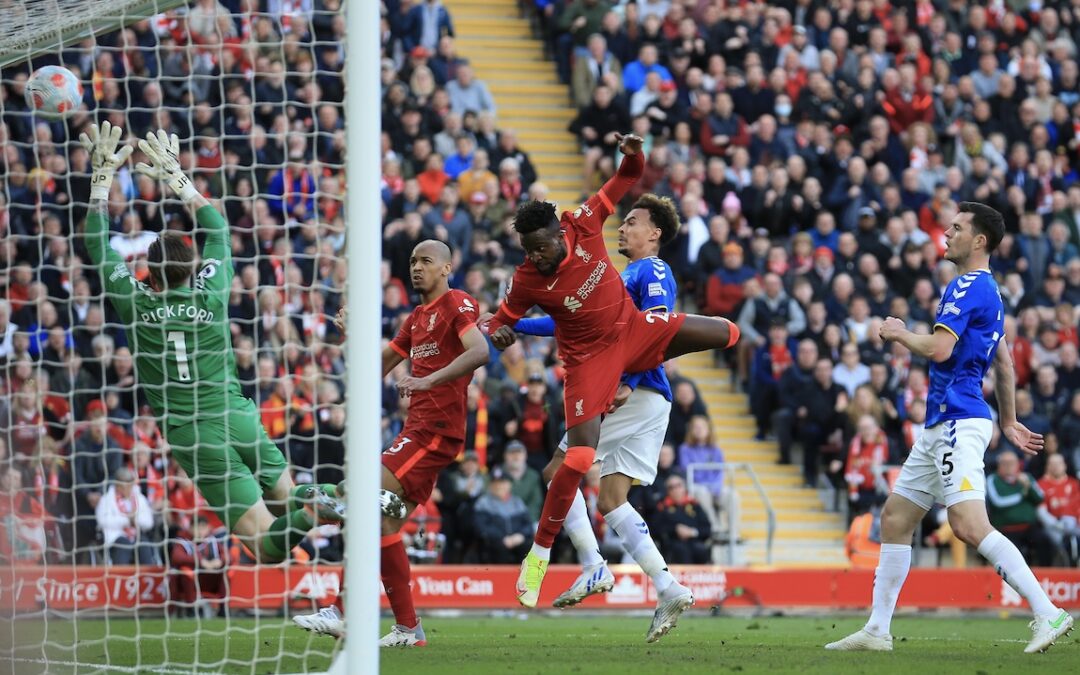 Ben Johnson’s player ratings after Liverpool 2 Everton 0 in the Premier League at Anfield, as Divock Origi does it again…

Honestly, nothing to do all game, then nine points up for grabs in a minute. One of said points was for the catch of the ball in the first instance (one point) and then him falling on the floor and milking some time was absolutely nine of your best. Celebrated it like a fucking goal.

Gave it away first five when we were a bit mad. Then got a grip of the diving cunt with the massive nose, defended like a hero and played footy.

Would have liked him to have smashed that pigeon shagger with his whole body weight, like running him over with a tram. Like your man off Corrie. But instead he just nullified the scruff.

Was forcing it first half a bit but defending stoicly. Then second half normal service resumed. Tremendous.

Hahahahaha. What a goal and what a celebration. Love the arms by the side, rigid with excitement effort. Unreal. Div just drags every cunt across and he pops up, heads it between that mad cunt’s legs and mayhem ensues.

Funny the way he elbowed about six of their lads first half, or did he? Fucking pigeon head going down like he had been shivved. Great second half.

Couldn’t quite get in it today. The Reds played no footy first half, got lost in the dark arts. Good change to take him off, no slight on him though.

Not as much fun as against United and not as unplayable, but quietly started to control the game second half.

Loads of room first half but a bit isolated. The changes are made and next minute we have got fellas all over their box. Little one-two with Div, a float to the back stick and the opener is on a plate. Unreal. Workrate incredible.

Couldn’t quite get in it. To be fair to Everton they defend really well first half. No space at all. Seemed a bit like a pre-detemined sub in that it was bang on 60. Save his legs to wreak havoc.

Not quite in it. No room for him to work in. The right change at the right time.

Honestly, that dough Salah is after? Just give it to Div. The greatest of the forwards. He is unreal. Come on and was unplayable. Into his feet, pops one back, next minute a goal. It was all him, all their defenders shuttles across, free man back stick.

For his goal, of course he headed it into the roof of the net. That’s his finishing move. Was he offside? I thought he was offside. Honestly he couldn’t have been more onside. Hahaha.

Great when he came on. The ball in for Div’s goal. Glorious.

Overhead kick assist. Just looked after it for a laugh.