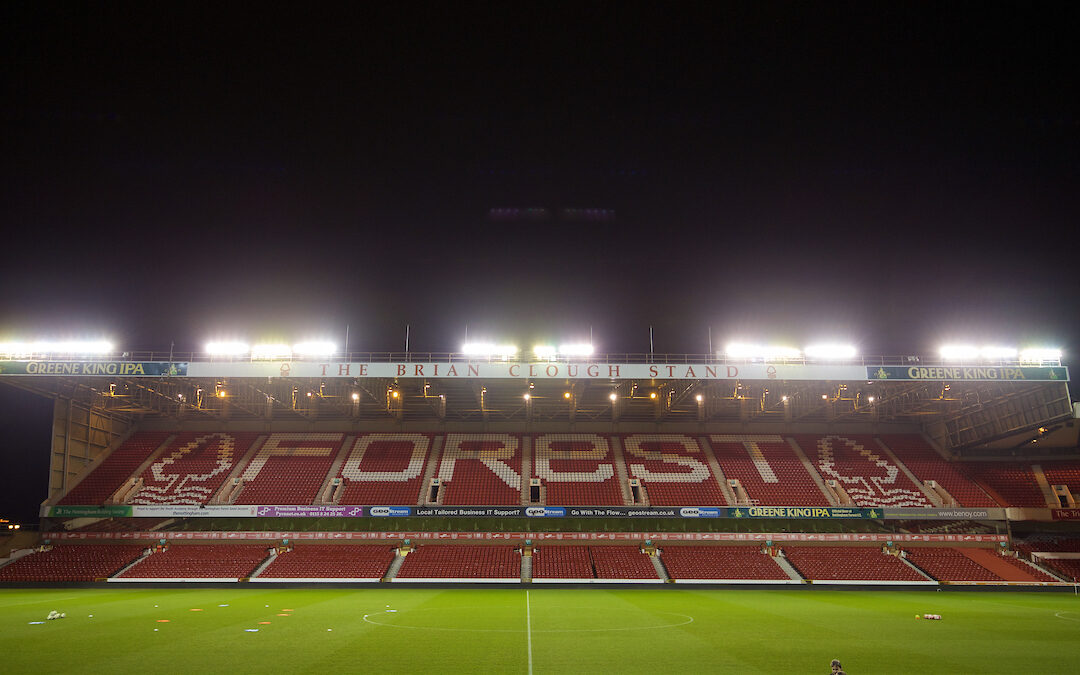 To this day Liverpool fans still sing about hating Nottingham Forest, but what is the reason for it and the origins of the rivalry?

ON the days when The Kop is in full voice and running through its repertoire, you’ll hear a song about how much we hate Everton and Manchester United.

No surprises there, but the opening lyric is occasionally met with confusion on younger faces.

It’s a fair question when delivered through younger voices. Why the hell would we waste time on a club who were relegated some 23 years ago and one who even spent three seasons in the third tier of English football?

But ask me that same question in 1978 and you’d receive a long and barely decipherable reply containing some robust language for a nine-year old.

I had no love for United back then and didn’t mind Everton so much thanks to my dad and elder cousins being the acceptable face of Bluedom, so Forest quickly came into my Hate Chart with a bullet.

It would be a full year and the 1979 FA Cup semi-final before United found their form and overtook them to secure the number one spot — a place they’ve occupied ever since. You’ve got to admire their stamina.

It’d be easy to point the finger at Brian Clough and place all my enmity on him, but this was long before his appalling Hillsborough comments. I even had a sneaky regard for him back then as he annoyed a lot of people and, most importantly, none of them were me.

Say what you like about the side he created though, they were a great watch. Two proper wingers in John Robertson and Martin O’Neill with Tony Woodcock and John O’Hare upfront. I liked Kenny Burns too, even though he’d never get a game today — one dirty bastard, but he looked a bit like Asterix the Gaul from the books by Gosciny and Uderzo and I was, let’s remember, still a kid. Anything Asterix related found a place in my heart so his headbutts and hacked knees got a pass.

No, this is all about Pat Partridge.

We have a good laugh at the Ev for their Clive Thomas and Pierluigi Collina-based conspiracies, but most clubs have a referee’s face in mind when they think about footballing wrongs. Mine were focussed on an official from County Durham. Jesus, I hated Pat Partridge.

Partridge officiated at the 1975 cup final between West Ham and Fulham, though that was before my time. He came to the 1978 League Cup final with a decent enough reputation, though there was some over-officiousness in there. They all were a bit like that.

We hadn’t won the League Cup at that point and though it had been written off as a nonsense competition by many, it rankled a bit with me. Everton had come close the previous season, losing to Villa in a replay but it was more than that. It was about putting down an incoming rival.

Forest had only just come up from the Second Division and were already top of the league, ahead of the European champions. We’d had a terrible autumn and languished in fourth and fifth place for much of the year. Forest came from nowhere and though it looked like they’d win the league, this was our chance to put them in their place. They stood between us and the one trophy we’d never won.

The first game was a goalless encounter at Wembley, though Kenny should have put us one up in 17 seconds, so the replay took place at Old Trafford. The game was largely forgettable but for an incident in the second half when Tony Woodcock put John O’Hare in on goal. Phil Thompson, hampered slightly by an astonishing and weighty perm, realised he couldn’t get in front of the Forest striker and kicked him just outside of the penalty area. Partridge pointed to the spot and Robertson slotted it past Ray Clemence.

The decision wasn’t even close, though this was an age before VAR. Our lads surrounded him, but he was having none of it. After the game Thommo admitted that he made a ‘professional foul’ — the first time anyone had used the term — but he knew what he was doing and chose to kick him where it wouldn’t hurt.

Tommy Smith took it charitably as you’d expect: “The only thing they had on their side was the referee tonight. It was bloody ridiculous. He’s given them a penalty and he’s disallowed a goal for us. It’s terrible. He should be shot.”

Peter Taylor, Clough’s assistant, was adamant that it was a penalty and told reporters: “your cameras should have picked it up”. Yeah, mate. They did.

Injustice is tough to take at that age. I saw Clough on the telly a few weeks after reminding the world that Don Revie’s Leeds, who he hated, only won trophies because they cheated. That was it between me and him. And an awful lot of Reds.

Forest won the next League Cup too (we bowed out as soon as possible to Sheffield United) and they also knocked us out of our European Cup to deny us three on the bounce thanks to a 2-0 win at the City Ground.

An uncharacteristic error from Graeme Souness gave them the second goal when he chased Colin Barrett to his left back position and left a big hole where he should have been at centre mid. Our more experienced players would have been happy with a 1-0 reverse and Joe Fagan gave him some direct feedback in the dressing room. “That was my lesson,” Souness wrote later.

Forest didn’t follow up their league title though, as The Reds battered everyone in 1978-79. Everyone.

But they did win our European Cup and though the English media were elated that it had been a hat-trick of English victories, there wasn’t much love in my household. They retained that too the following season against a Kevin Keegan-led Hamburg in Madrid, but they were done soon after.

A few years later they were knocked out of the 1984 UEFA Cup semi-final by Anderlecht following some extraordinary decisions by the Spanish referee, and it was many years before it emerged that he’d been given a £27,000 ‘loan’ by Anderlecht’s chairman. Sympathy? None. None at all.

And that’s their story and the story of the song. One promotion, one league title, two League Cups and two European Cups in four seasons. The equivalent of Huddersfield coming up this season and dominating the game for a while. When people talk about ‘the miracle of Leicester in 2016’ it still doesn’t come close to what Forest achieved and, my antipathy towards them, has only lessened slightly since those days as a result.

And this is why I’ll never accept Chelsea as a rival. They’re only relevant today, not across the decades in the same way we went head-to-head with Arsenal a lot in the late 1980s and Blackburn five or so years later. I don’t see Forest as a rival now — how could I? — but I’ll always sing that song with gusto. I owe it to my younger self.

Bitter? Of course. You can’t pluck a dream from a child and expect fairness.

We hate Everton too.

But Liverpool we love you.

Into these, Reds. Fucking into them.

Preview of Nottingham Forest v Liverpool in the FA Cup quarter-final. @robbohuyton is joined by @thejamessutton…