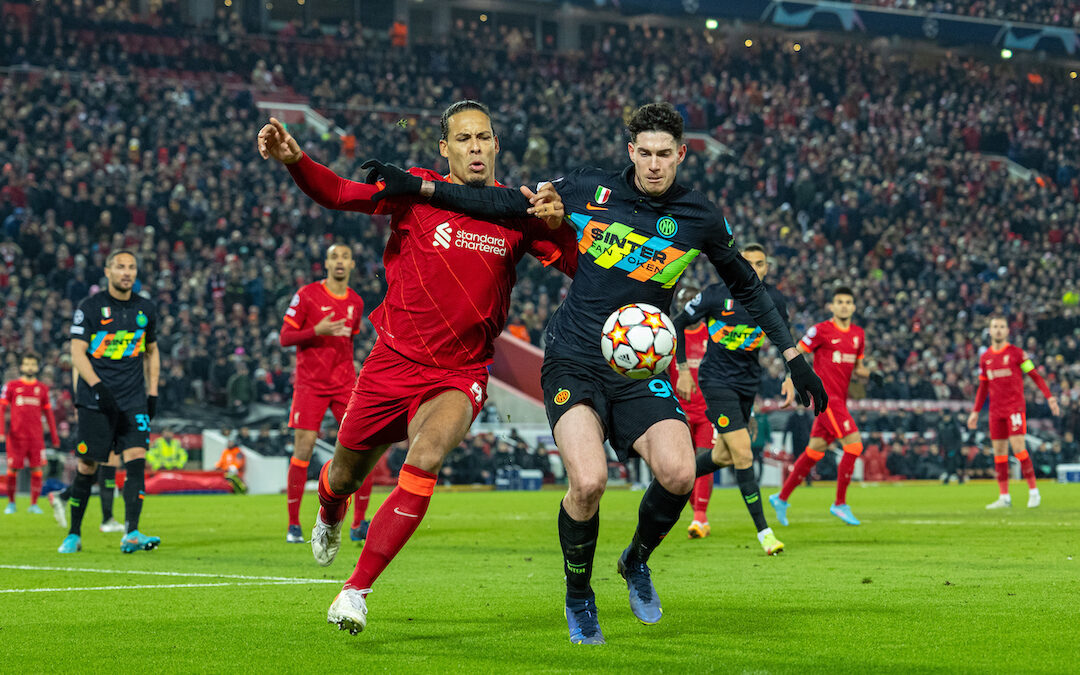 THAT was mainly weird. Just unusual, all told.

Liverpool managing a game at one down, rightly not arsed as Inter had created next to nothing but still, that’s out of ordinary. Odd night all told, but so fucking what? The art of football is to lose the right games. The manager said that. Abar a minute ago. I’ll have a bit of that.

Unreal save when they were miles offside. Was a point of principle, that save. Went berserk second half for a minute when he cut inside and then back outside their lad and passed it through his legs. I mean, I wasn’t on board with it until it was at Trent’s feet but, you know, we are where we are.

Thought he was great, Trent. Most likely man of the match except for Virgil, but you know that is obvious now or no one else would ever get man of the match again. Great defensively today, Trent.

Was so good first half that their fella upfront packed in before he even started. Funny that one where he was through and Virgil turned to run and he fucked it off. He was in!!! Did a mad backward flick thing second half when the game was a bit berserk which we could have done without, but you know.

It’s mad that Joel has been fit all season, you know. It’s like they rebooted him last year and upgraded his software. Absolute terminator. T3000. Turn into fucking mercury and kill your ma with a dagger arm through her eye.

Did he do well? I think he did, to a point. I don’t know anymore.

Legs and arms and body and that.

Weren’t at his best really, but starts the second half in his pomp. For 10 minutes. I don’t know, it looked like the pitch was very bobbly and the wind was deceptively strong so I’m blaming that, because the game was just really odd.

I think he does well, all told. Battles really well, keeps the ball when Mo wasn’t really helping him in that right channel first half. What a luxury that we have got someone so good that we can get 60 minutes out of him and rest in someone else’s legs.

Looks knackered. Does he look knackered? Doesn’t play well, gets all manner of shite booted out of him but hits both posts and could have scored two. Would like him to score soonest please. As soon as is reasonably practicable. Kind regards.

Thought he was the best of the front three, by a long way. Must have called the referees bird for all kinds in the tunnel.

Needs a goal. Still finding his feet after the injury.

Come on and was great jet the ball settled us down.

See the above. Was great.

Like the think we saved his legs for the weekend as he looked great.

“Liverpool have got through! The sending off came at good time. It’s not often you see Liverpool content at 0-0 or 0-1 but they scored a a work for and created little else.”