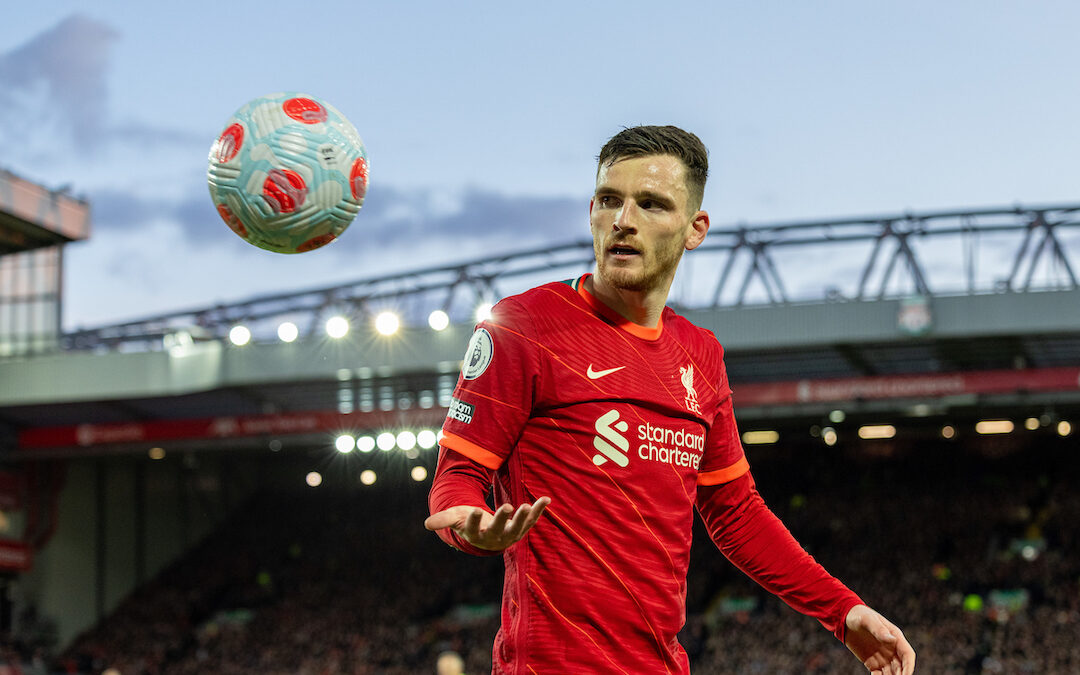 Made a great save from the big Antonio first half. Stands up really well for the mad scramble first half. For all the nerves he didn’t really have loads to do second half.

Was great today, Trent. Some of them passes are unreal. The ball for the goal. Wow. He means that.

Funny how much people go out of their way to man mark the other centre half. Makes his first mistake in about two months with that mad little backwards header. I fucking love it when he lashes the burners on.

Had his hands full with Antonio, like. Funny when he tried to leg him. Alright bollocks, you and me, let’s have it. The big man fucking razzed him off. It’s funny where I sit because second half you can’t tell what the fuck is happening at the Annie Road end, apart from a load of mad headers and nerve-wracking nonsense. So from where I was sat he struggled a bit but most likely in real life he was fine.

Brilliant today, Robbo. From the first kick. Dragged The Reds with him, couple of great last ditch fellas.

Thought the midfield three were excellent tonight. Great pressure, composure. I don’t know. It’s dead hard this ratings gear. There’s no jokes anymore. We could do with signing a load of shite players again who are fucking too ridiculous for words. Can we get Moreno again?

My lad whacked these out because I am a busted flush…

Because everyone saved his life, like Trent cleared it off the line.

Because he had the assist to Sadio and cleared it off the line.

Because he had Trent and Robbo having to come back and he has been to far up the pitch.

He has been tracking back for Virgil and has some incredible and funny moments like when he slipped over in the 48th minute.

He has been a joker and has been winding up their attackers, when he beat one of them with a funky skill.

Because we haven’t seen much of him he looked shattered.

Was pretty crap if you know what I mean, all he was doing was standing there in the middle of the pitch but did make a few interceptions.

He was only on the pitch for a minute but got us the win.

He done a few good passes and a good interceptions.

Was great again, Jordan. Some fucking work rate. Great play down that right wing. Loved him pressing the keeper last ten minutes. Could have stormed the pitch.

Was good today, Naby, like his two mates. Does really well second half with that block. I mean he gave the fucker away like, but let’s gloss over that for the minute.

He’s wild in that forward role. Drops into great positions, gets it and then is either great or fucking nuts. Had a 10-minute challenge with Mo second half to see who could play the worst and, to be honest, it was fucking neck and neck. Scores though, doesn’t he? If that was The Slotter we would be saying that he doesn’t really do much but he bangs.

Should score first minute, and he doesn’t, he then doesn’t get two fouls on the spin and his heads goes berserk. Was wild second half. Having mad shots and that. Think he was rightly took off.

He is just so amazing. I fucking love him. That break first half when he travels the length of the pitch. He’s so fucking strong on the sly.

Was expecting a huge yellow card and then Jota pipped him to it.

What a yellow. One of the best.

Did literally nothing. Like nothing not in a bad way. Just didn’t have a chance to.

“That was graft but we got the 3 points. The positive is that we won’t have to play many teams at Anfield who will come and play as well as they did.”