Why Fans Should Know To Expect Nothing From The FA 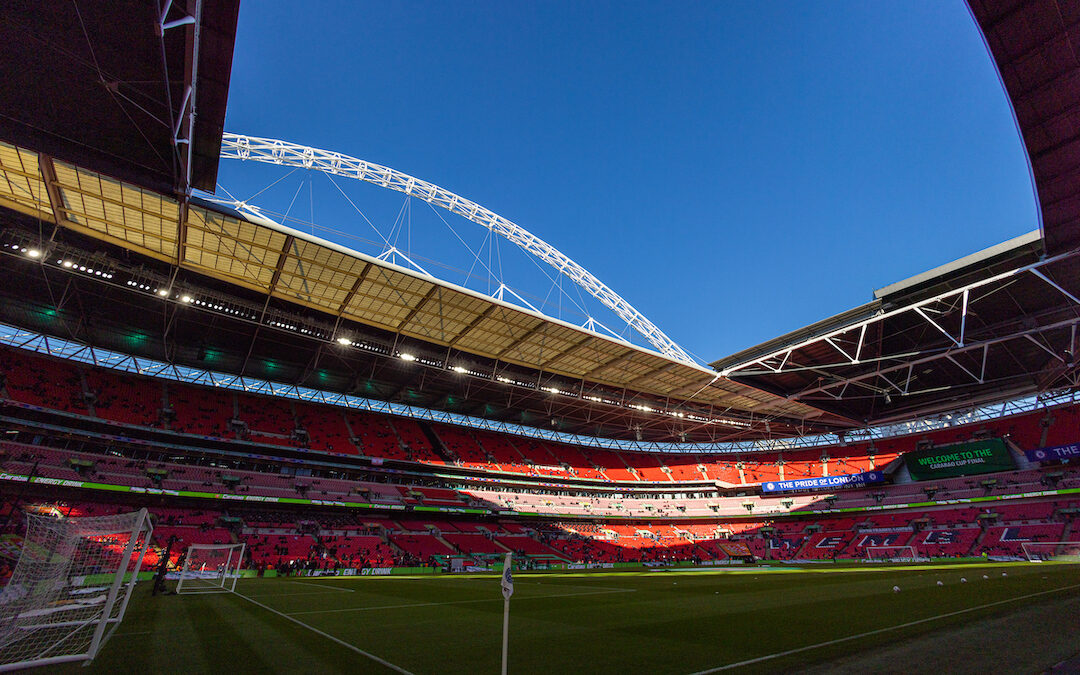 With Liverpool and Manchester City fans being all but left to make their own way to Wembley, should we ever have expected better from The FA?

IT was a nice idea to hold the FA Cup semi final in the north, but it was never going to happen.

Despite the protestations from both Liverpool and Manchester City fans, the date and venue of the FA Cup semi final was finally confirmed last week. It will take place at Wembley Stadium on Saturday April 16 at 3.30pm.

Of course, there are no direct trains running from Liverpool or Manchester on that day. Fans will have to make their own way through the 207 miles (us) or 196 miles (City) to ‘the home of sport’ without their help. If you can’t drive, get a lift or stay down there until the trains are back on, you’ve had it.

This is especially maddening when you consider that the distance between the competing teams is just 35 miles. A logical solution might be to play the game at a venue nearer the two clubs, but this is the Football Association — the governing body of the English game, so there’s no room for logic here.

It wasn’t just the fan groups that were involved. Our own captain Jordan Henderson, a former England captain at that, so someone you’d think the FA would listen to, made similar overtures last week, but the blazers wouldn’t listen.

Instead, the meanest of compromises were made with the offer of free coaches for 5,000 Liverpool and City fans. Once again, it’s us who are given the thin end of the wedge when it comes to convenience. The sponsors and ‘clients’ came first. Was anyone surprised?

Even that offer was sold to us through an untruth.

“Wembley Express services drop you direct to the Stadium from over 50 locations across the UK. Brought to you by National Express, the Official Coach Supplier to Wembley Stadium connected by EE, it’s the easiest and most convenient way to travel to the best sporting and music events.” (Wembley Stadium official website)

The easiest and most convenient way to travel? No it’s not! Taking the train is far easier. There are no closed lanes on a train, no need to stop at service stations and no chance of a gridlock on the line. Sure, delays occur but tens of thousands of people from the North West can make it to North West London much easier by train than by a four or five-hour car journey. Let’s not pretend otherwise.

So why have the FA and Wembley dug in their heels and thumbed its nose at the idea of, say, an Old Trafford semi final? One answer lies outside the game in the shape of something called ‘Club Wembley.’

Club Wembley is a membership package offered by the stadium which comes with the following claim on its website:

“All Club Wembley memberships give you a guaranteed seat at both Emirates FA Cup Semi-Finals, as well as the Final on Saturday 23 May.

“Whether you’re going with friends or colleagues, Club Wembley is a great way to experience the biggest club games in England. From the great range of food options on the Club Wembley concourse, to premium hospitality options in Bobby Moore and One Twenty, there is a Club Wembley membership to suit you.”

Worried you won’t be able to get a ticket? Missed one of the ties on the way to the semi and think you won’t have enough credit? Not to worry. Club Wembley can offer a ’guaranteed’ seat in both semis and final. You don’t need anything like ticket buying loyalty or even have the mildest interest of one of the clubs involved. Simply purchase a membership and your place is ‘guaranteed’.

If you’re in the market, those memberships range from ‘The Inner Circle’ package at just £2,394 including VAT to a Private Box membership which comes in at a whopping £37,200. That last package comes with ‘complimentary trains and parking’ — though presumably not from the North West.

You do get a free programme, though.

That was the dilemma the FA faced. On one hand you’ve got thousands of loyal fans being massively inconvenienced and out of pocket, while on the other there’s £6,000,000 worth of corporate sponsorship to rake in. What to do?

Let them eat cake. Enjoy your coaches, everyone.

The bottom line in all this is that the FA must favour Wembley before anything and everyone else. If your trains are off then tough. They have a cash cow to milk.

Incidentally, they knew about those trains being off two years ago, but how were they to know who would be playing in the 2022 ties? Well, I’d wager two years from now, one of the clubs in the semi finals will be from Liverpool or Manchester. After all, either city has been represented in the last eight semis.

The FA knew this was coming and they still brazened it out.

Of course, none of this is news. The FA have favoured Wembley over all as far back as 2007 when they took the step to host all semi finals at the national stadium, rather than on neutral territory as it had done for all but one of the previous 136 years. (The 2000 semis were played at Wembley as a sort of farewell to the old ground.)

There was no chance of Wembley missing out on a payday. No chance of refunding all those private boxes. It was an act of reckless optimism to even consider them taking our pleas seriously. Money talks, bullshit takes the bus.

They could have looked at this with a benign eye. They have a hell of a lot of reputational damage to repair to our fans, the club and even their own tournament. You know why. Let’s talk about apologies.

Following the findings of the Hillsborough Independent Panel in 2012, the FA’s then Chief Executive David Bernstein offered a ‘full and unreserved apology’ to the families devastated by the disaster, stating: “We are deeply sorry this tragedy occurred at a venue the FA selected. This fixture was played in the FA’s own competition, and on behalf of the Football Association I offer a full and unreserved apology and express sincere condolences to all of the families of those who lost their lives.”

While reporting on that statement four years later, David Conn asked a very pertinent question: “Neither he nor the FA ever explained exactly what, specifically, it was apologising for: whether English football’s governing body was taking responsibility itself, for selecting Hillsborough repeatedly as a venue throughout the 1980s despite its squalid Leppings Lane away terrace and the ominous warning signs.”

In short, they made an unspecific apology because they’d been told to and they thought that would be enough.

It’s worth remembering that four years later in 2016 not one of the numerous FA officials questioned at the inquest reiterated or offered even the slightest apology to the families. In fact, they doubled down on their defence with the spurious notion that ground safety had nothing to do with them and they knew nothing about previous games.

I love my club. I am overly and probably unrealistic in my ambition for them, but I swear I would cheer louder than any trophy lift if we just walked away from that rank, toadying, pound-chasing organisation and told them we won’t be paying them any credence by appearing in their bloated competition.

They are not fit for purpose and haven’t learned a thing since they were exposed for what they are all those years ago. They don’t listen and they won’t listen. The fans, the very people who fund them in the main, are a secondary concern once more as we always have been and we know why. We love the game; they love the income. Logic can take a powder.

I’m glad we asked the question and I’m glad Jordan spoke up for us and, though I want us to beat Man City on March 16, there will never be a strand of that repugnant organisation that will ever gain my respect. Not one strand.

I want us to beat City, of course I do, but I’d love us to make some sort of statement in some way.

Stick your guaranteed seats and shove your coaches.