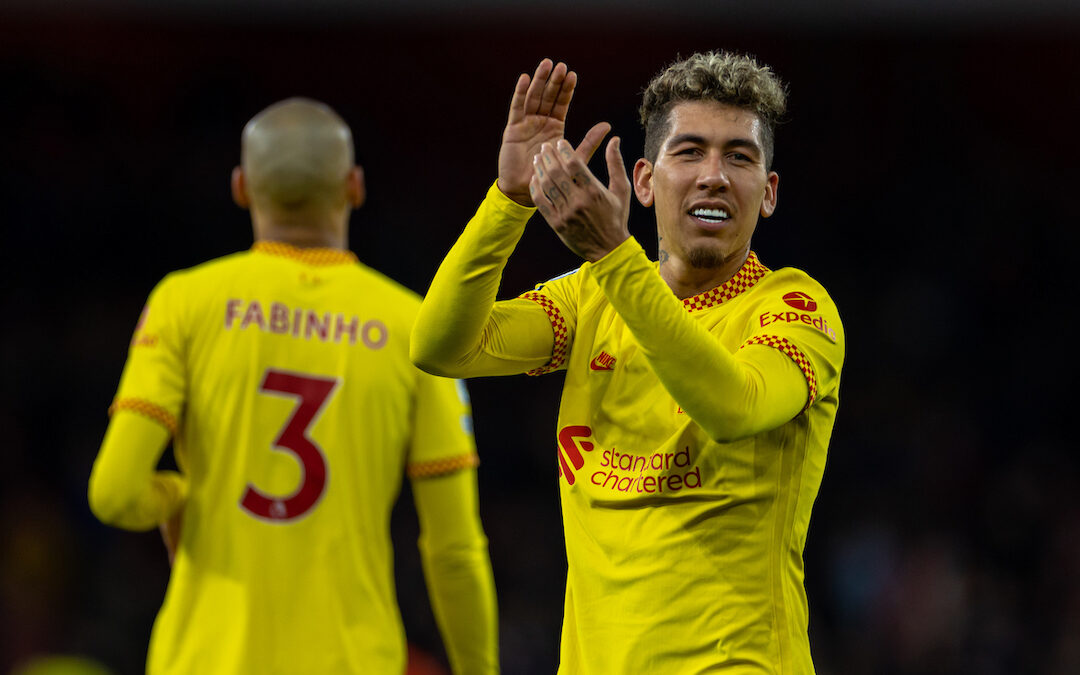 OH my god what a performance. As good as it gets.

Everyone jizzing their kecks over Arsenal first half and Alisson didn’t have a single thing to do. Not one. OK lads. Take it easy. You have just soiled yourself. Relax. Take a shower. We’ve got all night.

Turns out he has one save to make in the entire 90. And fuck me what a save. Now’s the time to get excited, lads. Lose your inhibitions. He is like a fucking armoured bear in them situations. What, sorry? You want to score past this massive loving target? Fuck off, you scruff.

Martinelli ragged him a few times, which is no disgrace as he is a fucking good player. To the extent that The Reds are almost certainly going to sign him on the sly and have started their offensive already. Trent responds by trying to pick them passes. Great ball for Sadio at the end of the half and then carries on picking them out all game. Defends really well second half, one on one, no problem.

Unlucky with the header in the first minute. So big. Funny when he tried to leave the ball for Alisson and he was still in his line and Alisson just shielded it for about 25 minutes till he got there.

I don’t know. That goatie has sort of come out of nowhere. Is he a guy who can grown a goatie like Rafa, fucking Sinbad, at a moment’s notice, or is he just a poor beard fella, with zero or underwhelming cheek growth. Who knows? I would like him to rock up with a Brian Blessed fella. Full on Mr Twit effort. Anyway. He was sound there. Really good.

Loves a scrap, doesn’t he? The second goal. Wild that he creates it with pure counter-pressing pressure. Amazing response, unreal ball in, the game is done.

Rattles into a tackle at the end of the first half which honestly was so good it brought a tear to the eye. He was absolutely immense going backwards.

Is floating around the perimeters of the game first half. Trying to settle us down, rightly. Then decides to inject himself right into the mix by playing their lad right in one on one for their only chance and then picking a ball out for The Reds to go one up which was frankly outrageous. What a fella.

Was peripheral really. That’s not to say he doesn’t have a big impact on the game, just that we are off it first half and then on it very quickly second.

Funny him, lad. Imagine he is on yours in five-a-side. You are fucking slaughtering him all game. Lad. Keep the fucking ball, you donkey. Fuck me. Then he steps up and slaps the goal that leads The Reds to the win. Just fucking hit it, lad. Alright. Slap. Love that it was his last touch and we make the change anyway.

Was better when we got the old guard back together second half. Sort of looked like he didn’t know where to be first half.

See above. We looked off it a little bit upfront. Mainly because the best player in the world wasn’t there to make space or consume defenders for the rest of them. Does well, does nothing wrong, but you can’t argue with them changes.

Great when he comes on, in that they swallow their underpants.

Unreal when he come on. Like a massive comfort blanket. Bringing a defensive midfielder on. Who is boss. I’m not sure how he scored that. He was the only player on the pitch who could score it. The deftest of touches. Wild.

“What a win that was for the reds! Liverpool were the better side and did the business. It feels like a massive victory for the reds. It is massive!”