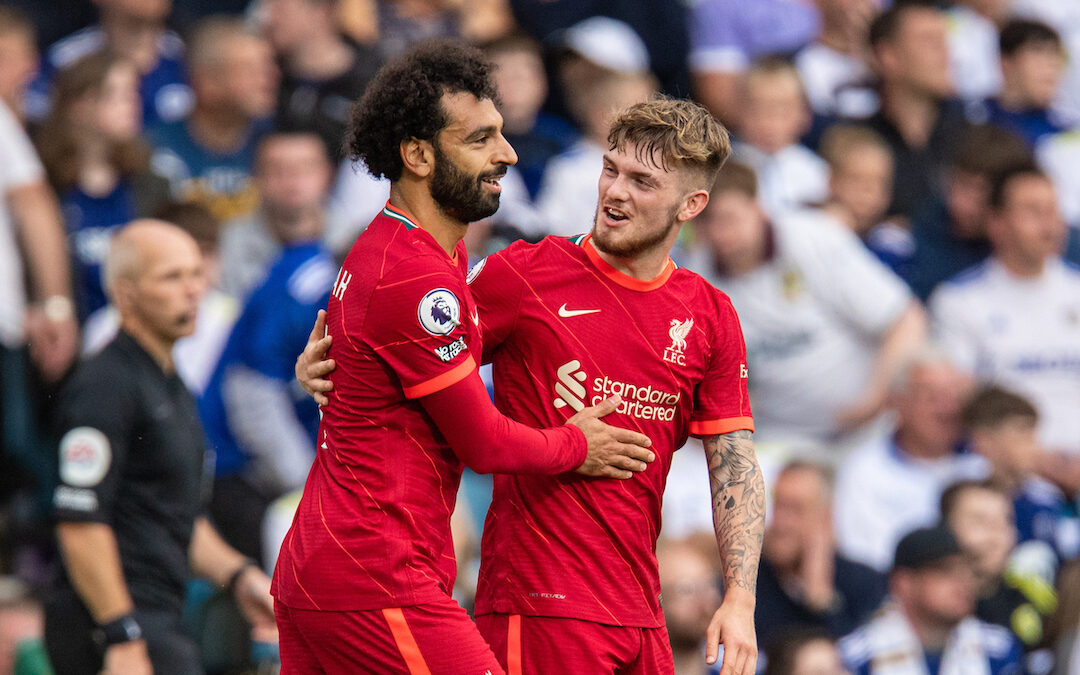 Match preview ahead of Liverpool v Leeds United in the Premier League at Anfield, a game of increased importance after the weekend’s results…

WELL, what a Saturday night that was.

Liverpool came back to defeat Norwich City and, to put the icing on the cake, Tottenham Hotspur overcame Pep Guardiola’s Manchester City to blow the title race wide open again.

Suddenly, we’re all giddy at the prospect of what could happen over the next few months. Nevertheless, our focus should be solely on tonight and Marcelo Bielsa’s Leeds United.

The Lilywhites travel to Merseyside in what is now a crucial match for both sides, both in terms of winning the Premier League and staying in it respectively.

While our main priority is closing the gap to Man City, Leeds will want to salvage as many points as they can to avoid the drop that they sit deceptively close to – given Burnley have games in hand, and will be bouncing after a highly impressive 3-0 win away at Brighton.

Leeds come to Anfield on the back of a 4-2 defeat at the hands of historical rivals Manchester United; a game which emphasised their defensive frailties around set pieces and man marking, and probably goes some way to explaining their 11-game streak without a clean sheet.

Yet the Yorkshiremen did display the potential they have at the other end of the field, as they opened up Ralf Rangnick’s side in spells. Jurgen Klopp would’ve spent his Sunday afternoon keeping a close eye on that game and will be more than aware of the threat they can pose.

“Yes, it’s too early. I don’t even know if it will be a late decision or not. It’s too early. I saw them both today, they both look great – but those two always look great. We have to see how the specific issues develop but we obviously will try everything.”

Elsewhere, The Reds have given themselves the chance to make more changes from the win over Norwich. While Alisson Becker and Virgil van Dijk will surely be asked to go again, we can expect Trent Alexander-Arnold and Andy Robertson to return, with the chance that Ibrahima Konate also comes in for Joel Matip.

In midfield, the manager can continue to work towards his cup final midfield by bringing Fabinho and Thiago Alcantara back in to start, but giving Harvey Elliott another chance to shine before Jordan Henderson takes his place to lead the side out at Wembley.

Upfront, the Firmino and Jota fitness issues mean it’s likely we’ll see the same front three of Mo Salah, Sadio Mane and Luis Diaz start again, though it wouldn’t be a surprise to see either Divock Origi and Takumi Minamino get some extended minutes either.

A win in this game, simply put, is mandatory. There is absolutely no room for error at a critical point of the season such as this. Liverpool have been granted a window of opportunity, they must continue to put the pressure on before they face City on April 9.

Stay on this purple patch of form, Reds. Give them all the sleepless nights.