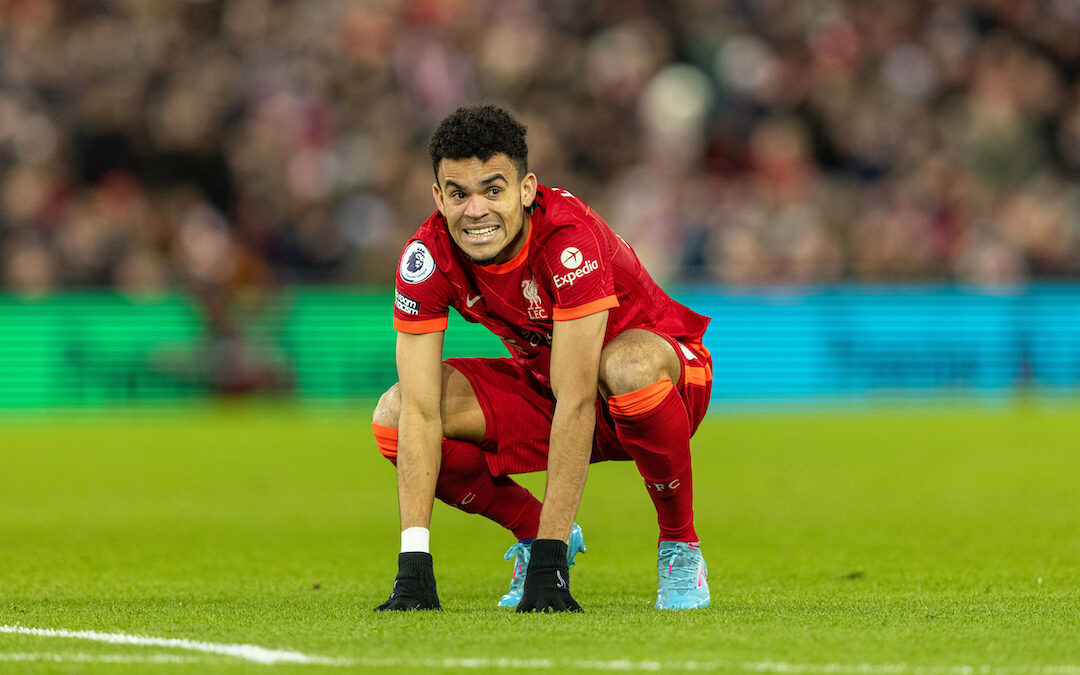 THE Reds are coming up the hill, boys.

I wouldn’t want to be chased by these lads. Like wild dogs.

Aside from the first minute when the little Manc upfront legged him he had nothing to do. Pretty much untroubled after that, apart from two easy catches at the start of the second half. Does really well to come out towards the end and clear when they broke the offside trap for the first time all game.

I reckon if you looked at his average position heat map thing and compared it to the rest of our team he would be about your fourth or fifth pick, if you were guessing which one actually started right back. Like he just played upfront for loads of the game. Leeds do that thing where they go man for man so The Reds just went: ”OK sound, come and mark me over here then, on county road for a bit“. Was great today.

Would have loved him to have just whipped his kecks off when he scored. Just straight off. Lashed them on his head. What a goal. Them little mazies he goes on are funny, you know. Like a little hobbit going on a message for the one ring. Pack your bags Sam Wisekecks, we are off to Hobbiton. Was always going to get on the end of one at some point. Amazing little finish. Dead funny. Would love to see him take a penalty, to be honest. Would be like performance art.

Just unreal again. The little things he does. Like the ball is ballooned up in the air, in the swirling wind, and he watches it all the way, last man, under pressure from lads legging around like fucking bees and he is cushioning headers as passes so The Reds can break. Had to put the burners on once or twice but he is back to his unplayable best.

Boss tonight, Robbo. Unlucky with that one where he turned and swung his leg like a fucking three wood, but just seemed to love the challenge that Leeds set. What? You want to go one on one with us, man to man, and chance your arm? Lovely stuff. Set the tempo time and again.

Took a little while to get to the pace of it and gave it away a few times early on, but once Leeds realised that you can’t run a marathon like fucking Carl Lewis he got into the game and started to toy with them. Great option going forward, interlinked time and again. Could have scored a couple and set a couple up today. Gave it away a few times a bit needlessly, but what does that matter at this point? We are all mates here, lads. Come on.

He is so much more mobile this year than he was last, it is ridiculous. None of them daft last-ditch tackles. First to everything. His ability to pinch the ball on the blindside is wild.

Great again. They all were. Should score again, nearly as clinical as Salah. Sniffs chances out in the box, like. Nearly got his legs chopped off first half but the way he wins the ball back and his ability to get them big fucking Dhalsim legs going round corners to win tackles is ridiculous, really. Would like a midfield of him, Thiago and Henderson on Sunday for the win.

Daft again tonight. Could have had three or four. The two pens are just brilliantly taken, but Leeds going one on one against him in the first half might be one of the daftest things I’ve ever seen.

The kid at full back trying to get tight to him and manhandling him, while Salah holds him off like he was a fucking shower curtain and plays the through ball for Mane for the second pen was a cheat code, really. Was literally two passes. Then the one two with big Joelly for his goal, puts it on a plate for the big man.

Started the game by blocking one that was going in the top bin and giving the ball away every time he got it. Ended it by completing the centre forward dropping off into space role and slotting two. Tremendous again. Wild that his contract runs out next year and no one seems that arsed.

He is just a complete player. His head is constantly up, scanning, looking. Can play a first time pass when you think he is going to have a touch and get after his man. Then when you are used to him playing it first time and linking play he does keepy ups past some on, then when they think they can get tight and win the ball he is all arms and legs and strength and energy to fuck you off.

Unreal signing. Haven’t seen anyone settle at the club like that since Suarez. Needs a new song, mind you. Lazy that. Come on, Reds. Better than that.

Great ball for Sadio’s goal (I think). Great run and great ball. Boss option off the bench, like.

Just loves twatting people. Come on and managed the game out in a period when The Reds scored about four more goals. Love that.

Love him. Would start him on Sunday for a laugh but he is defo coming on and getting the winner.