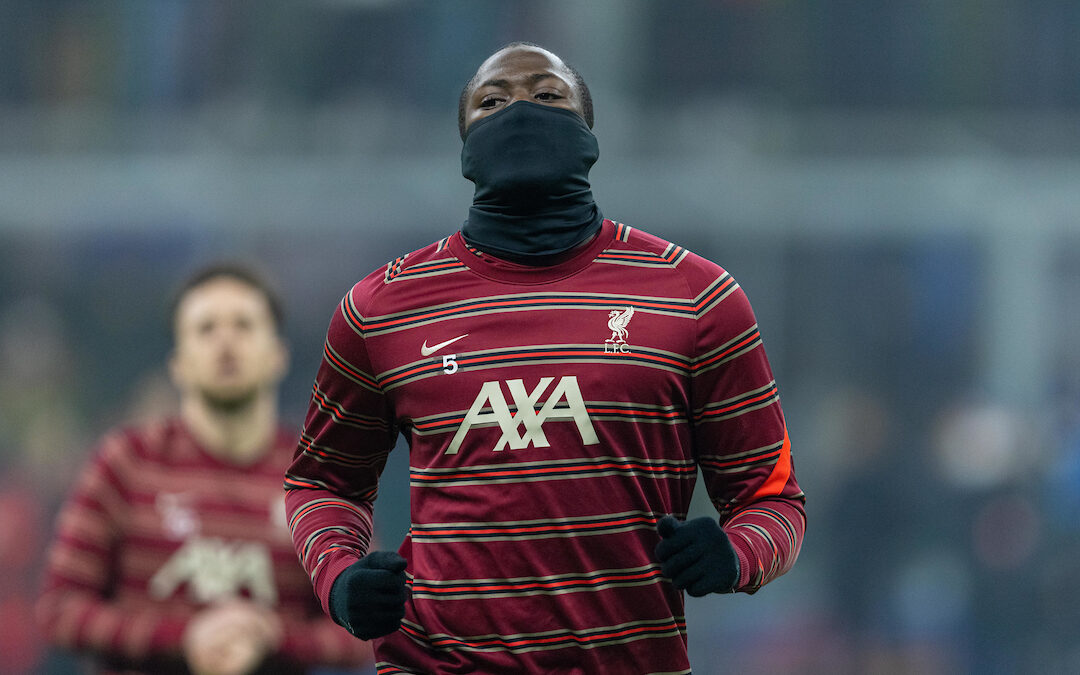 After another commanding performance on a big stage against Inter Milan, Ibrahima Konate continues to justify Liverpool’s patience around him…

THIS Liverpool side has range.

Not this Liverpool, though.

This is a Liverpool side that has everything. It has the goals, supplied at will by a front three, turned front four and now front five, who are up there with the very best in the world. But it also has the requisite strength in defence, epitomised by Virgil van Dijk and Fabinho. Few things in life will make you feel safer than those two.

It is a Liverpool side that lives for the occasion and thrives off excitement, but one that will also be aware of the need to be boring. Sometimes my health wishes they were more so. It is a side that does what is necessary, no matter how flashy or ugly and one that time and time again, simply finds a way.

At the weekend, they found a way against Burnley through sheer hard graft in blistering conditions, and they did so again against Inter Milan. They showed grit and determination when required and graft beyond measure. It is what every team needs if they’re going to go the distance in Europe and this Liverpool side have got it in spades.

They were made to work at the San Siro and then some, particularly early in that second half, but in the end they got the job done and in some style too. A stroke of genius from Roberto Firmino and a clinic from Mohamed Salah. A perfect European away performance and a foothold to take back to Anfield. 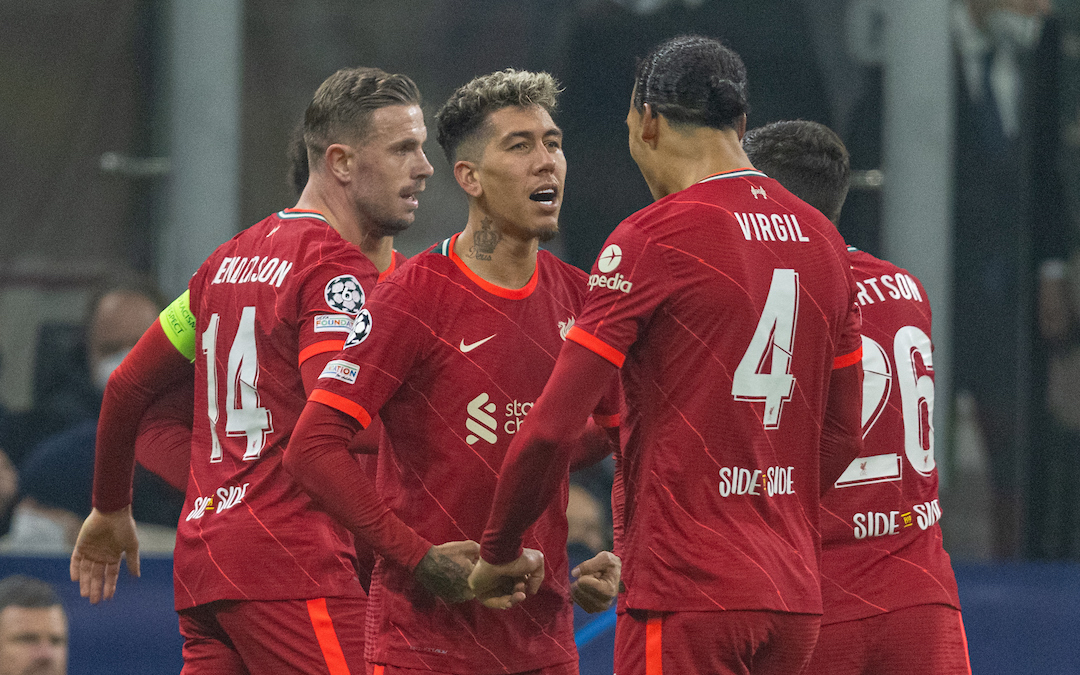 That The Reds make it through is down to the work rate and awareness of Fabinho. He was everywhere and anywhere; a man with an immaculate reading of the game who made the midfield his.

So too Virgil van Dijk, who frightened the life out of their forwards with his sheer presence. It was the kind of performance we have seen time and time again from the big man, but one we’ll never tire of. What a genuine pleasure it is to see him back on the pitch and at his very best again.

He was man of the match on the night, but there should be a massive nod for Ibrahima Konate, too. In a game where Liverpool defended immaculately, he was a centrepiece, helping to establish the platform for victory.

Klopp has always had a policy of patience with new signings, affording them time to adjust to their surroundings and the physical demands of his system. It’s remarkable to think Andy Robertson found himself being understudy to Alberto Moreno until December, while Alex Oxlade-Chamberlain and Fabinho followed a similar path in their first season.

Konate’s trajectory to date has been similar in that he has had to bide his time as understudy to Joel Matip, who has been in impressive form this season, and yet, he has found himself called on in the big games, making starts against Manchester United, Chelsea, Tottenham and now Milan.

At each time of asking, he has more than repaid his manager’s faith and it is a true testament to his quality that he is able to come in from the cold and put in the level of performance he did last night. He took to the San Siro like a duck to water. Assured and commanding, knowing when to press on the front foot and close down his man and when to temper his approach, he displayed awareness far beyond his years. 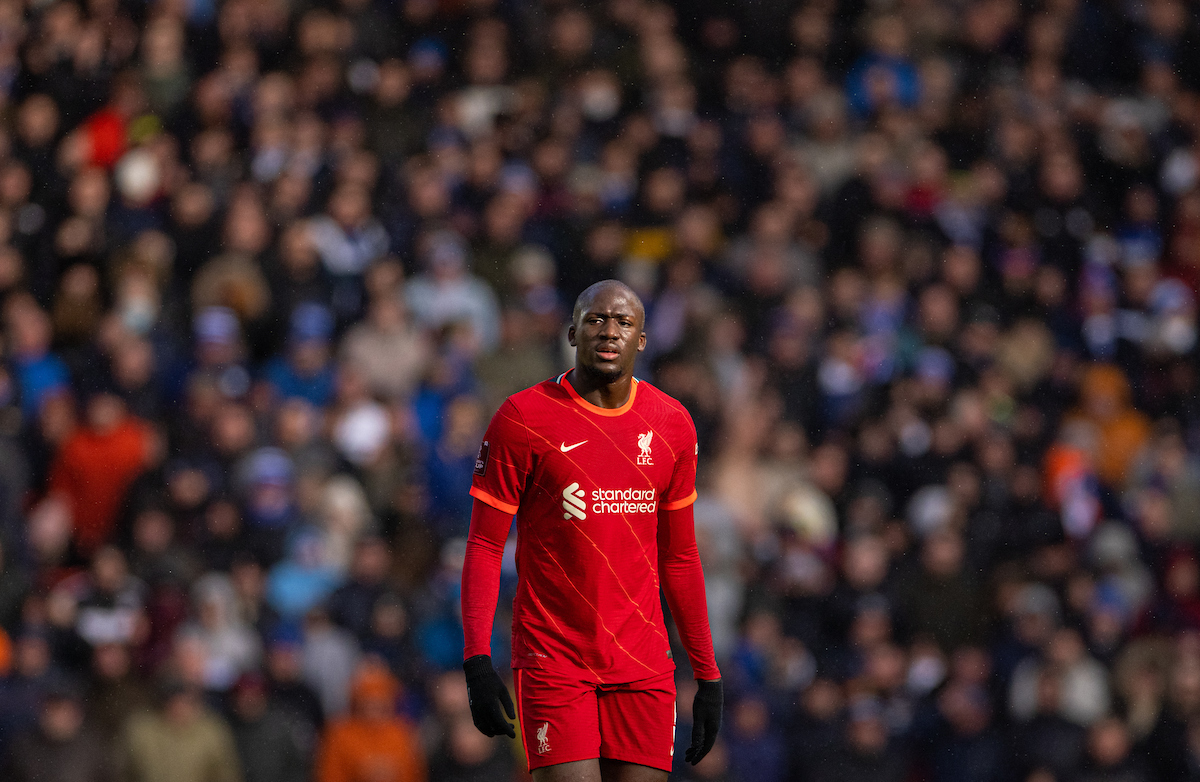 There were times in the second half when Trent became exposed, and the danger grew, but Konate was always there. His pace sublime, his positional intelligence outstanding. Thrown in at the deep end, he stood up and was counted. His interception as Denzel Dumfries’ cross threatened to reach Edin Dzeko was one highlight in a night full of them, with the 22-year-old producing arguably his best performance in a Liverpool shirt.

Industrious, disciplined, decisive. A master of the physical battle and a player who demonstrates the appropriate awareness to assess when to go and when to sit, he is Liverpool’s present and future star in defence.

His performance will no doubt give Klopp plenty of food for thought as the games continue to come thick and fast, but that is a headache to be enjoyed. Indeed, it is a luxury he has rarely been afforded during his tenure at Liverpool, with a position of real concern last season now turned into one of considerable strength.

There was a time when everyone wanted Dayot Upamecano as the centre-back signing from Leipzig, but fast forward to the present and Ibrahima Konate looks like yet another success story for Liverpool. Being a centre-half for The Reds is far from easy, but last night he made it look so.

That he hadn’t played in a few weeks only to get dropped in at the San Siro and take it all in his stride speaks volumes about his quality. He was the bedrock of Liverpool’s triumphs alongside van Dijk and has delivered whenever called upon this season.

Our Anime-loving number five, taking the San Siro by storm.