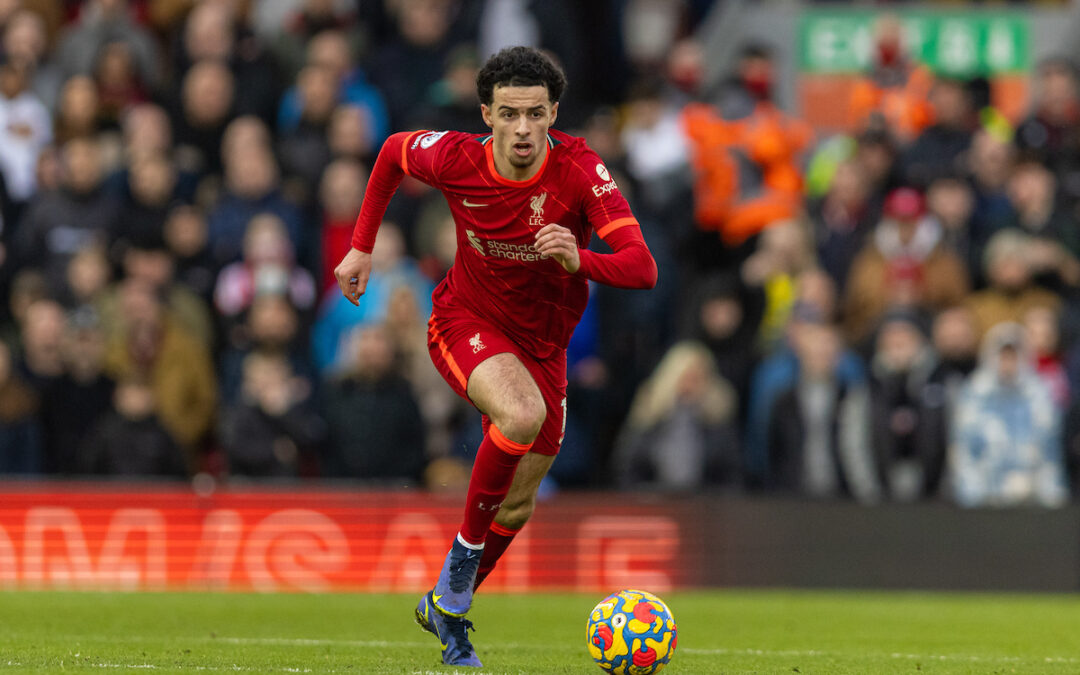 Ben Johnson’s player ratings after Liverpool 3 Brentford 0 in the Premier League at Anfield, as Curtis Jones gets a lot of plaudits…

WELL, all told that was nice, wasn’t it?

Didn’t have hardly anything to do. Must be boring, you know. It’s bad enough in five-a-side when you have to go in and they don’t score for ages. Absolute ghost hands first shot they have. Imagine a full 90. I think one good save and a couple of catches. Let’s just have that every week please, Reds.

Back up towards his best today after an off day midweek. Some lovely balls, an assist, and some good one on one defending. The ball he plays first time second half over to Curtis was chef’s finger kiss.

You might be looking at the league’s best player here. One poor pass aside first half he was impeccable here. Lovely jinxing run again, like fucking ski Sunday, giant slalom into their box and then had a shot. Thought it had gone in and I’m telling you it would have gone off more than Div’s 96-minute derby winner.

So good today they didn’t bother really trying to win any of the headers that were anywhere near him. Unlucky not to score first half when the keeper popped up from nowhere.

Better today, back towards his best. Unreal ball in for Chamberlain’s goal. Lashed it on a plate for him. Much more threat today on the wings, better tempo.

Great goal to settle the nerves when The Reds had gone berserk for a bit. Was a mad 10 minutes that. Every fucker was giving it away, Fab included. Great balance today, used the ball really well, carried it when needed but also pressed them really well. Set the tempo which got the win.

I thought he was man of the match today really. He’s just such a talented player, his skillset is unreal. Kept it well, beat his man when he wanted to, unlucky not to score today. Was ace. Is right.

Up against, frankly, a fucking giant. A big giant gonk. Huge giant Viking gonk made out of a grandfather clock. A massive grandfather clock with legs. Fucking Frankenstein. Or his monster or whatever his fucking name is. Wild that a) Frankenstein was the doctor’s name and b) that he didn’t give his big jarg lad a name. I mean, I haven’t read the book so I don’t have a firm grasp on all the facts, but surely if you were going to bring something to life you would bother your arse to call it something. Kevin or Bert or something.

Anyway, he was playing right centre half, the giant gonk, and Curt twisted him inside out.

He was much better today in a side that hunted in packs, which isn’t surprising. Won the ball back loads high up, closed space really well.

Looked sharp today back in his inside left flank, drifting inside role which suits him. Unlucky with the one against the post, on it in a flash.

Worked hard and showed some nice touches but half the player without his lids either side of him. Like just one of Charlie’s Angels bouncing round trying to knock people out. Would get slapped silly. Hard to not feel like we could do with unearthing a gem of a replacement at some point fucking soon.

He’s a funny one, Chamberlain. Sort of not in it today but then offers a bit more threat and gets the goal. Great header to be fair. Which was good giving the wasted one when we were two versus one back stick and he chose to slap it first time in the most predictable of outcomes ever. Hope the injury is something and nothing but I don’t know, we might never see him again.

Love how much he loves scoring. Boss scream at The Kop. Was good today.

So unlucky with the chance. Well in.

“It feels like a while since the reds have had a nice run of the mill victory. Once it went 1 nil, I was confident we’d see it through, but 3 nil, we’re all happy!.”