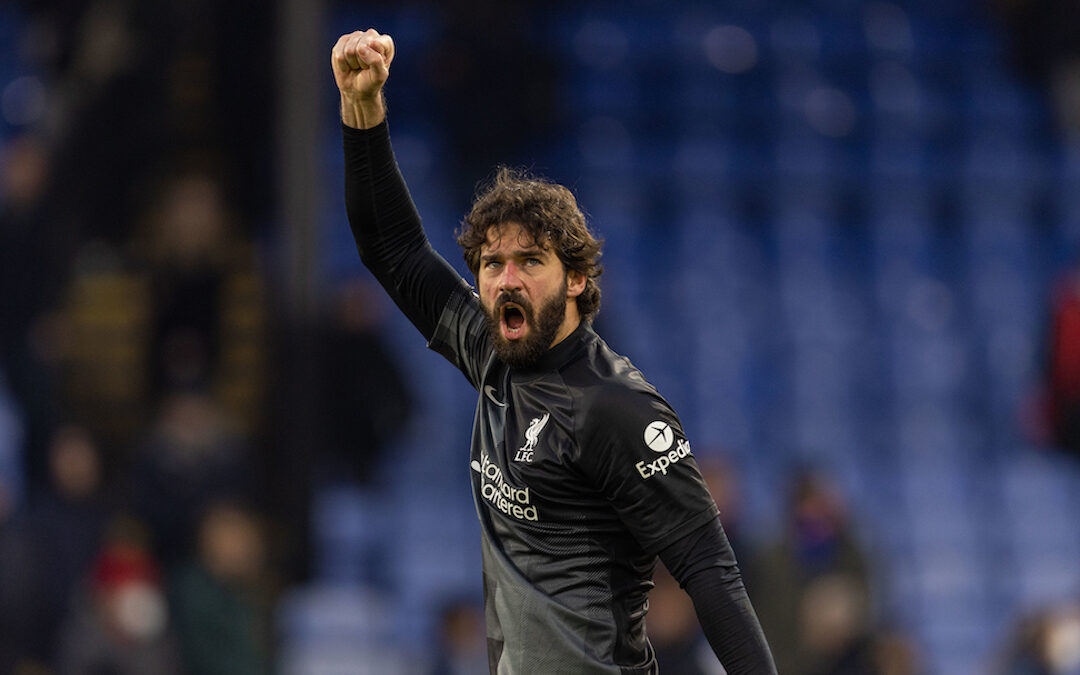 He is so fucking good. Three great saves first half. Few more after. The one where he stands up and then fists the ball into the stratosphere. The one where he gets dinked and runs into the post. The one where the lad goes round him first half and he chases him like a fucking bear after a salmon. Probably screaming something at him as he is trying to shoot. Lovely ruffled hair. What a fella.

Was great for 30 minutes and then absolutely shite for the remainder, a bit like The Reds. Kept giving the fucker away. Does he play the ball for Jota and the ridiculous pen? I think he does. If so he gets an extra two points.

My mate Scouse charms said before kick off that he would love him to go on one of his mazys and score and then whip his shorts off and swing them round his head. Hahaha. Is that a yellow? I mean it’s a yellow for your top. Or does decency come into it? Leaving his undies on. Surely it’s a yellow. Feel like someone needs to enact this and let us find out for real. Was wild today. Had the old taser down his kecks again.

What a fucking header. Imagine leaving him free in your box. Was looking at big Joel like he had gone fucking berserk at times. Joel probably told him he had a taser attached to his lad and then he was sound with it.

What a ball for the first. Beat the first man, lad. OK. What about that?

Was great first 30 and then everyone was a disjointed nonsense. Should score first half when he lashed that one over. Great pen, though.

Like the rest of The Reds, fucking great first 30 and then a bit hit and miss the rest of it. Worked his plums off but looked fucking knackered last 20.

Was great again first half. Pressing like fuck, great use of the ball, all over them. Then second half he wasn’t in it. Looked like he had played a massive game a couple of days ago and was fucked as a result, which was fair enough really.

Boss new song. Wasn’t quite in it today but fuck me what a pen he won there. Was a scandalous decision that. Imagine that got given against us today at 2-1, effectively ended our league challenge. I would have killed someone. Wild the pickle they get themselves into on the VAR. Feel sorry for the referee as he gets shown a carefully crafted selection to make it look awful.

Like the rest of the lids, as sound first 30, flicking the cunt about here there and everywhere. Then just looked goosed second half.

Great finish. Made up he isn’t crocked for the season. Does alright first half, scores effectively the winner.

Come on mainly for his work rate.

Come on and that.

His beard-muzzy combo is mad. Got a two through his muzzy but his beard is full blown. Interesting.

“Liverpool deserved to be 2 up and it was a brilliant first 20 minutes. It ends up being a great week for Liverpool.”