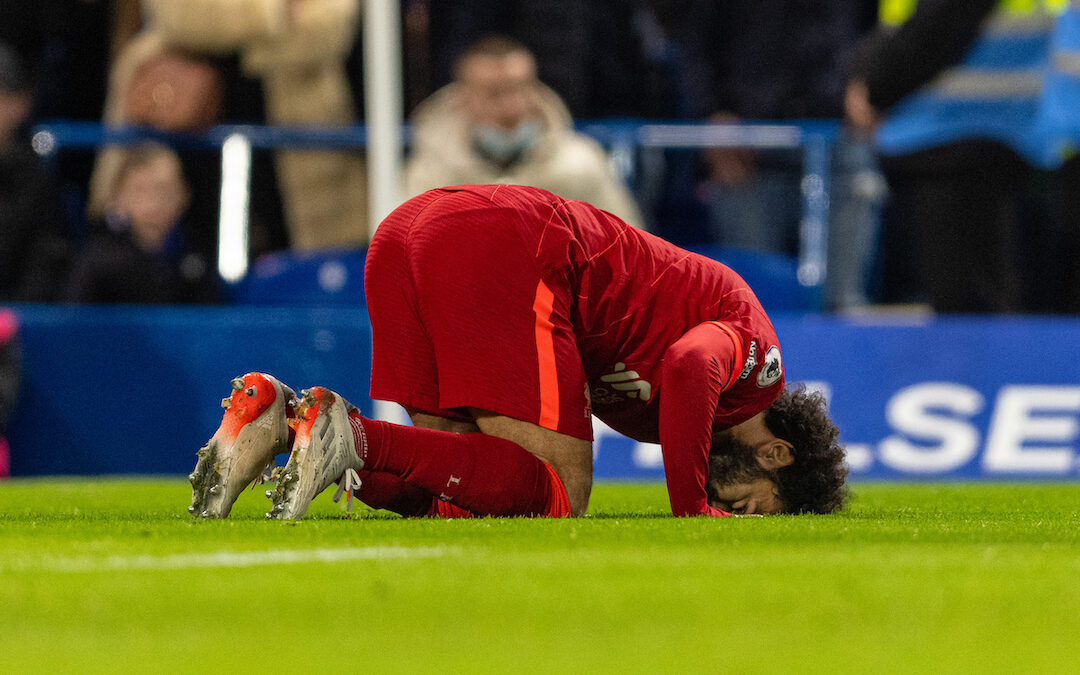 Ben Johnson’s player ratings after Chelsea 2 Liverpool 2 in the Premier League at Stamford Bridge, as Fabinho and Mo Salah stand out…

IT’S not 2-2 draws against Chelsea that cost you leagues. It’s shite against shite.

Disappointing but Liverpool were great today to a point.

Does really well at 0-0 with the Alisson impression staying up forever and pawing it away. Unlucky with the wonder goal to be fair. What a goal. One of the best you will see. Great save second half. Does well.

OK today. Just OK. Not good. Just OK. Great ball for Mo’s goal but I thought he was a little off again.

Does well. In for big Joel who has the omicron and frankly, all I’m arsed about is what type of variant comes out of big Joel. Catch it and your fucking arms and legs grow six inches overnight. Like fucking big. Before you know it your hitting your head on ceilings and that and fucking can’t believe what’s going on.

Would have liked him to start knocking people out.

Has been wild today. Fucking nuts. Trying to play the highest line. Like a fucking tightrope. Every other cunt trying to drop in, Virgil running into centre mid first half.

Love how much of a cunt he is. Great block on Mount and nearly got him sent. Fucking big beak. Does alright.

Alright Henderson but starting to impact games less and less. Would like that to change.

Probably The Reds best player? I don’t know. Was decent though.

Was fucking everywhere first half. Silly foul in the build up to the goal but I mean you can’t account for their lad hopping a bit and then twatting it in on the volley.

I don’t know about you but I’m a huge fan of Azpilicueta getting cracked so I’d pay out lads’ fines for more of that. Does well to score, great composure to round the keeper. A lovely break going to Africa might do him good you know.

What a fucking goal. He is just so good isn’t he? That little shoulder throw to Alonso. Like a dog looking for a ball in the park, it’s behind my back you daft twat. Would have preferred him to have got his cock out and swung it about rather than a muted respectful celebration. ‘Just the yellow ref yer?’ as he is slapping it on Rudiger’s forehead.

Just doesn’t look after the ball enough when he drops in. Has a huge impact on us in general in really when trying to build. It’s not his strength to be fair but it’s the trade off. Been fucking had off by the omicron.

Comes on and the game settles a little bit

I’m not sure he counts as much of a change. No threat. Runs round loads and that. But frankly so fucking what. A draw is no good.