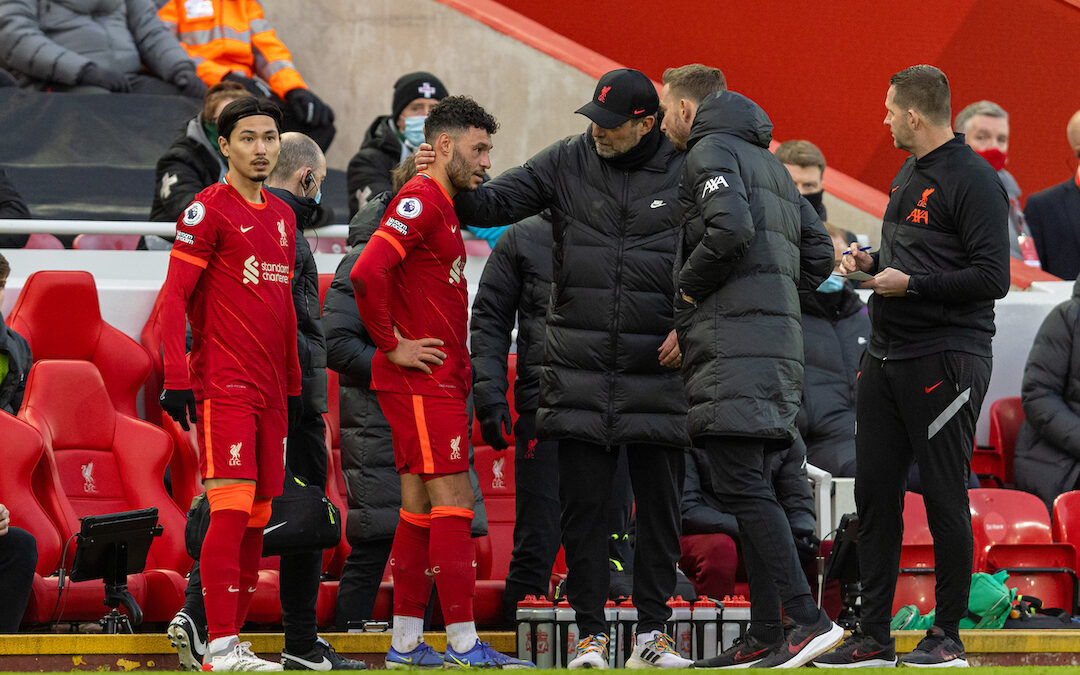 Our review of Liverpool 3 Brentford 0 in the Premier League at Anfield, including a deep dive into the team selection.

– Brentford and the dangers of a long PL season – almost something Nuno Wolves first season about them
– Is this his strongest team with who he has available?
– Role of Chamberlain and flanks

– Overloads and bodies right/ Robertson being the sole outlet left.
– A lot more of being in spaces to pick up second balls and transitions
– Brentford not having the quality in final third to allow for others to join

– What does he tweak/advise half-time
– “We showed the boys at half-time three situations where we did really well in the first half. I think we had more but we showed them three where we really played the way we have to play. [We] scored on top of that a goal from a set-piece, which is absolutely helpful because the set-pieces against Arsenal were really bad. Today they were really good and we should keep that”
– This season xG:
From corner 7.22 for 8 scored
Set piece 2.74 for 2 scored
Not sure if second phases are measured but key to their setup – outswingers

– Analysing the role of Jota in this run. Starts from left in this one
– Seeing how they want to get him in the positions for him to damage teams with finishing
– Not having Salah impact
– How he’s helping the team