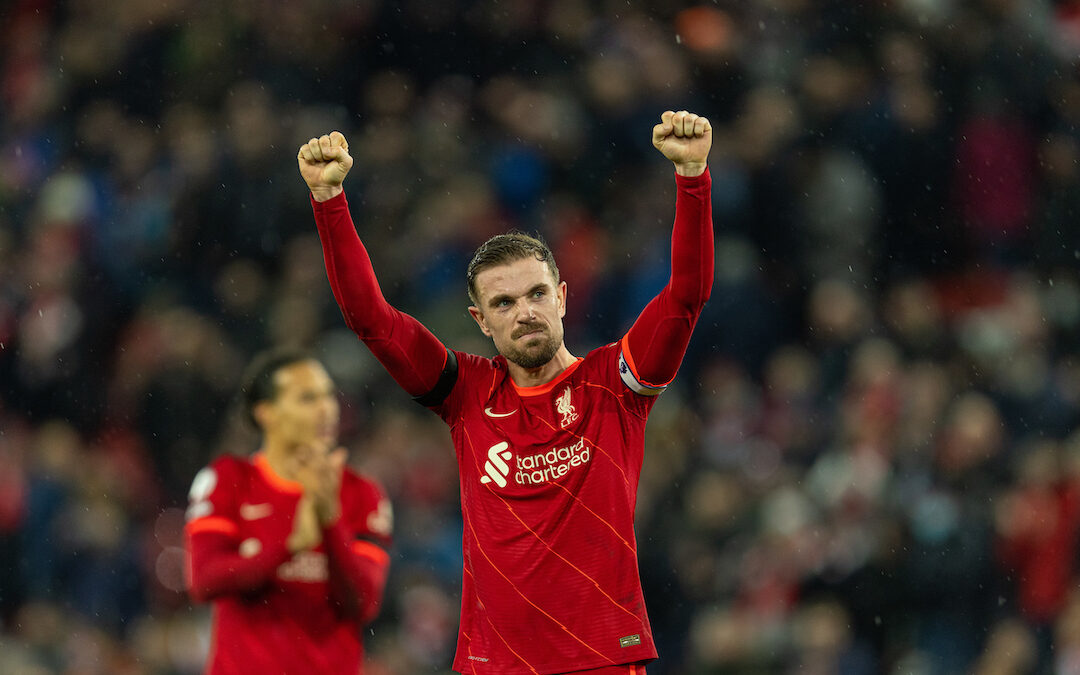 Ben Johnson’s player ratings after Liverpool 1 Aston Villa in the Premier League at Anfield, with a number of big performances…

Christ he was wild today. Had nothing to do but anything he normally does with his hands tied behind his back was like a proper trauma. Looked fucked. I’ve woke up on the Sunday at Glastonbury in better nick than him. Seen fella’s crawl out of a ket den in better nick. Looked off his chops. Gave a wild pen away but the shittest referee in Europe didn’t give it. Clean sheet though, init?

So good today. Him Salah and Henderson are virtually unplayable at this point. The overlapping. The interchanging. Could have been played in a few times second half.

Immaculate. Like the Virgin Mary, except he’s not popping kids out in barns and that. Sometimes, when you sit and actually watch him, you have a moment when you realise just how fucking good he is. He is an incredible footballer.

See above, with added ability to go on a run like a fucking giraffe running down a ski slope. That little run of the length of the pitch. Should have just twatted it top bin and took his kecks off.

Was all over them like a rash today. Up and down non stop. Could have a scored a few if he had just had a touch and twatted it. Little bit too happy to cross at times. Boss though.

What a captain. I’m saying the best Reds captain for fucking 20 years. Yes I am. What do you think about that, you Gerrard loving bellends? Fuck me, never heard the likes, singing the opposition managers name at fucking 0-0. Set his team up like fucking Allardyce’s Bolton, the fucking Bluenose. Sing our players fucking names.

Was great down that right wing. Unreal

Reckon he’s the best midfielder for The Reds for the last 20 years. Unreal. So pivotal to everything we do. Never mind flirting around playing different positions, nearly signing for fucking Chelsea or that. Unbelievable.

Reckon he might the best most naturally gifted midfielder I have seen in the flesh, you know. Maybe for the last 20 years. Sing his fucking song. Not at his best today and still bossed it.

Was such a threat today, Sadio. Back to his absolute best. Would quite like him to fuck Senegal off for a bit. Maybe just a break. Career break.

Struggled a little bit to impact the game in the way it was needed. Few nice touches but the improvement when Jota come on was a stark. Needs to do more, really.

Funny there keeper, isn’t he? In his grid trying to put him off. Slam, pick that out you big fucking corned beef head. Would have liked him to wrap his top round his head. Great today again, Mo. Such a threat.

Sharp today, Jota. Unlucky with the late one.

Come on and ploughed one of theirs as per.

“That was a huge win for the reds. Some of the stuff Salah does with the football is just outrageous.”