Why Fans Can’t Allow Football ‘Banter’ To Take Us Backwards 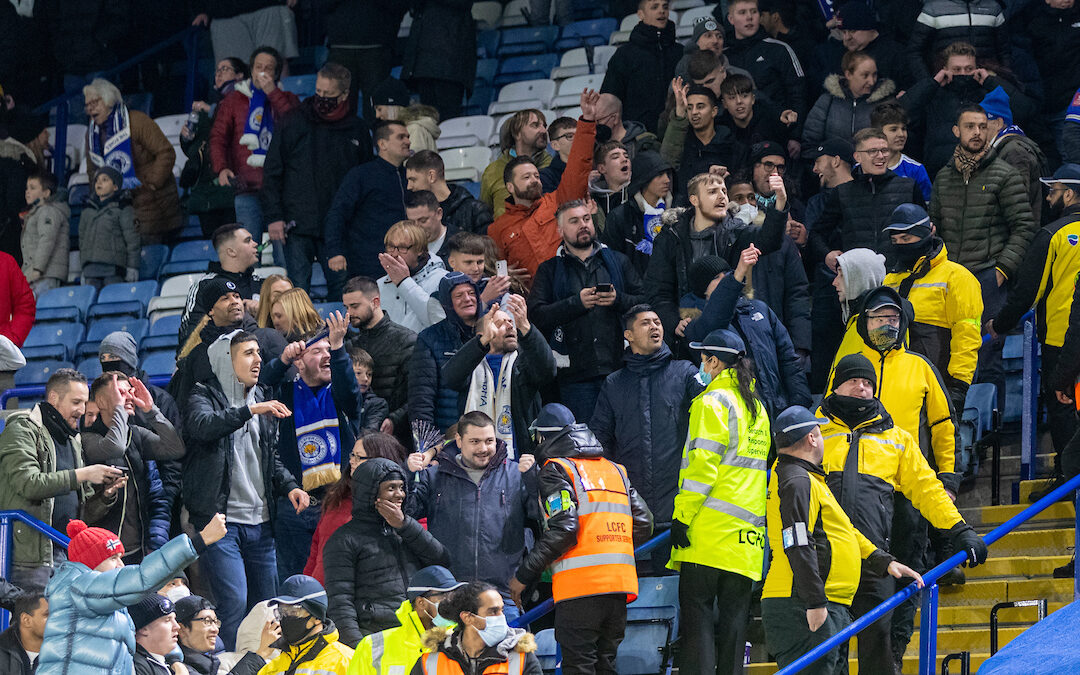 With more unsavoury chants heard in football grounds this week, it’s time for fans to get together and stop ‘banter’ taking us backwards…

FOOTBALL without fans is nothing. Last season and lockdown emphasised as much.

They are the very thing that makes this sport what it is. This is a game that draws people together, one immersed in the occasion. With 50,000 odd people suddenly co-existing as one. Strangers turned comrades. Stadiums bursting into life.

You sing with your mates and shout at an adversary for a few hours. You immerse yourself in the customary smattering of boos towards the opposition, ensuring the atmosphere is as hostile as possible, and you cheer when our lads emerge from the tunnel. There is nothing quite like it.

It can be one of the very best things about this game, but on this occasion, it epitomised the worst. There is competition and there is needle in football, and I’m all for both. But Tuesday was a different story. It became a race to the bottom with no room afforded to class. No lighthearted jibes or humorous quips, but a home support that seemed intent on singing to offend.

It’s a song that’s been around since 1984 when Band Aid recorded a record which raised £8million for the starving of Africa, and the widespread chants celebrating unemployment have been going on even longer. Almost four decades on and football fans still persist in the name of ‘banter’.

To be clear, I like interacting with the opposition and singing to the people over the divide as much as the next person. A bit of needle is lovely if you remember the line. The part that seems to get forgotten, though, is that there is one.

Manchester City and Chelsea fans reminding us that they’re the Premier League and European Champions is the norm, as is the collective taunting of Ole Gunnar Solskjaer’s tenure at Manchester United, or us reminding them that Mo Salah is the best in the world. That is all part of the day out, and a snide that we all enjoy.

What isn’t part of the game, what shouldn’t be, is singing about Hillsborough and poverty, homophobia and racism. Making a mockery of those that have or continue to suffer. There shouldn’t even be a debate.

On Tuesday, Leicester danced like a city that is too good for food banks. They acted like one that has never felt pain. Nice to know the LE postcodes are doing well, then. How they and others can be so lacking in awareness beggars belief.

That a ball being kicked by 22 adults can serve as bait to laugh about poverty or mock homelessness is a sad indictment of where we are. It is beyond the pale, and it needs to stop.

It is worth saying that this is not just about Leicester City and their fans. They are far from the only team that use the ‘feed the Scousers’ slur, nor will they be the last. Increasingly these days the line of ‘banter’ has become massively obscured.

There’s nothing about football in the song itself. Its only objective is to belittle by pointing to poverty – an issue, by the way, that is not a Liverpool problem, but a widespread one. The club and the city continue to support food banks and they are far from the only ones, and yet football refuses to leave these things at the door.

You want rivalry and competition, and we are so often told this is just the “banter” that comes with it. You’re told to ‘relax’, to ‘stop being snowflakes’, to ‘just accept the L’ and that’s fine. I can do your football banter and you can suffer mine. But people in poverty is not a joke and there ought to be a line. That Gary Lineker suggested he couldn’t hear it from his TV is part of the problem and is a problem that ought to be talked about.

And this is where the lines become blurred. Where people sidestep addressing the issue because they are fans themselves. I know how my views will be considered inasmuch as they won’t be. ‘Always the victim’, ‘Scousers – offended by everything’. Tribalism is often the retort and yet it fails to address the issue.

In that sense, it feels increasingly hard to understand and comprehend a society and a sport where competitiveness is superior to common decency. One where poverty has become a stick to poke rivals with, and we are made to sacrifice saying goodbye to loved ones while number 10 top up their wine glasses. Sometimes the very worst of society is allowed to rear its ugly head, but it’s our duty to show them there is another way.

Rest assured, we will have our own toe rags too, and it’s important we highlight issues as they arise in our own backyard. But this is a subject that extends beyond clubs and rivalry or sports in general for that matter.

We can all look after our own houses, and we must all choose to be better. We must learn to not stoop so low.

This was a week where Liverpool weren’t as good as we know they can be. The next is one where they will need to be if they want to remain in this title race. But for now, it is one where we as football fans are reminded that as a whole we must do more.

Christmas represents a hard time for so many, and that shouldn’t be used as a stick to beat people with. Keep the snide and the competition and the rivalry but be aware there is a line. Defending taunts like ‘feed the Scousers’ as just a chant won’t wash anymore.

We can, and we must, do better.