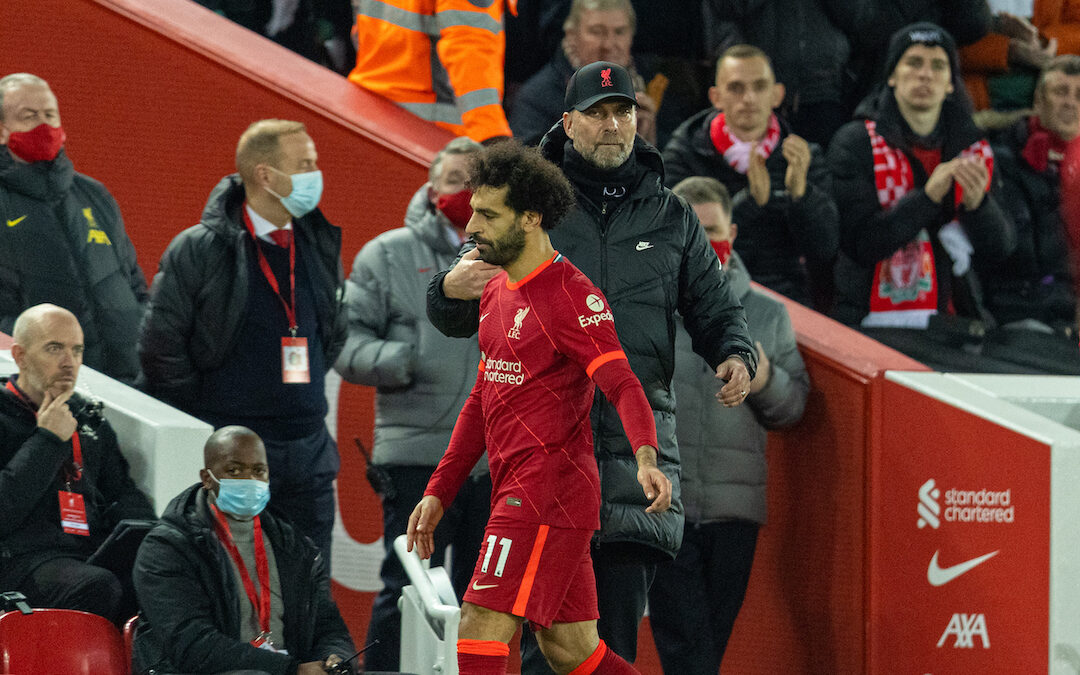 Our review of Liverpool 3 Newcastle United 1 in the Premier League at Anfield, including a deep dive into Jurgen Klopp’s team selection.

– Klopp saying they prepped for Bournemouth at home 19/20. 2-1/Howe coming with a 451.
– Feels like a mixture of both that and Newcastle last season – leaving Saint-Max up on last line.
– Expect more changes other than those enforced? If not, why not? Rhythm/rest argument again – Thiago first half.

– Joelinton and Fraser doubled up on the right side, first half.
– Matip/Salah/Trent all having spells in the game but really effective without Henderson there/Chamberlain central (Matip-Salah passes: 10, Trent-Salah: 14)
– Difficult to penetrate all night (1-6 through balls all night)
– We can call it a grind but each Liverpool goal tells us something: Ruthlessness (Jota), honesty (Salah) and brilliance (Trent).
– Interesting that he wants a spell at 2-1 with a lot of technical, ball-keepers on the pitch, Firmino, Thiago, Keita, Henderson all on there when double sub made.

– COVID impact on not only availability but fixtures around the league and title race.
– Impact on squad, supporters and stadium
– They need to know something which is key here