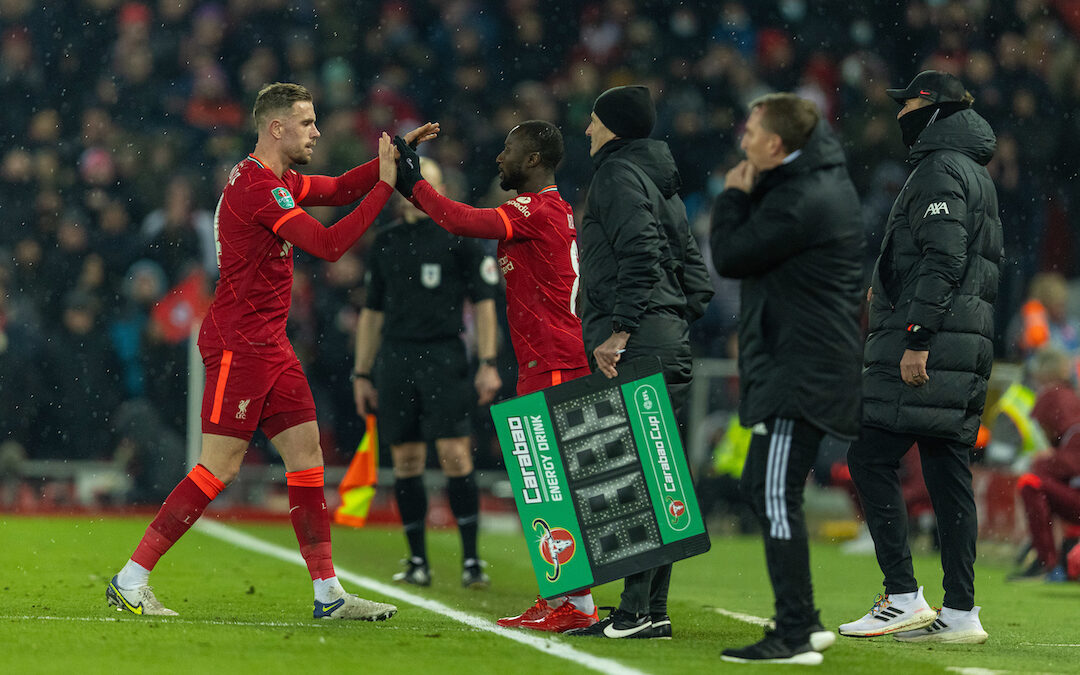 Our review of Liverpool 3 Leicester City 3 before a 5-4 win on penalties in the League Cup quarter final at Anfield.

– Fair to say a lineup arguably harder for the established than the inexperienced in our side?
– What do they think they’re getting from Leicester? 12 December last game.

Assessing the first half:
– Seeing the other side of what can happen in a Klopp team on breakdown of play/turnovers in key areas.
– Passing into areas which can kill you – no stats on this but maybe we can talk about how midful we wasn’t in comparison to normal.

Second half:
– Subs
– Clearly more switching in possession and squeezing on Tielemans through shape.
– Linking all of this to the desire to stay in the game – they know if it goes 1-4 that’s it.
– Doesn’t chime with a ‘this game doesn’t matter’ narrative.