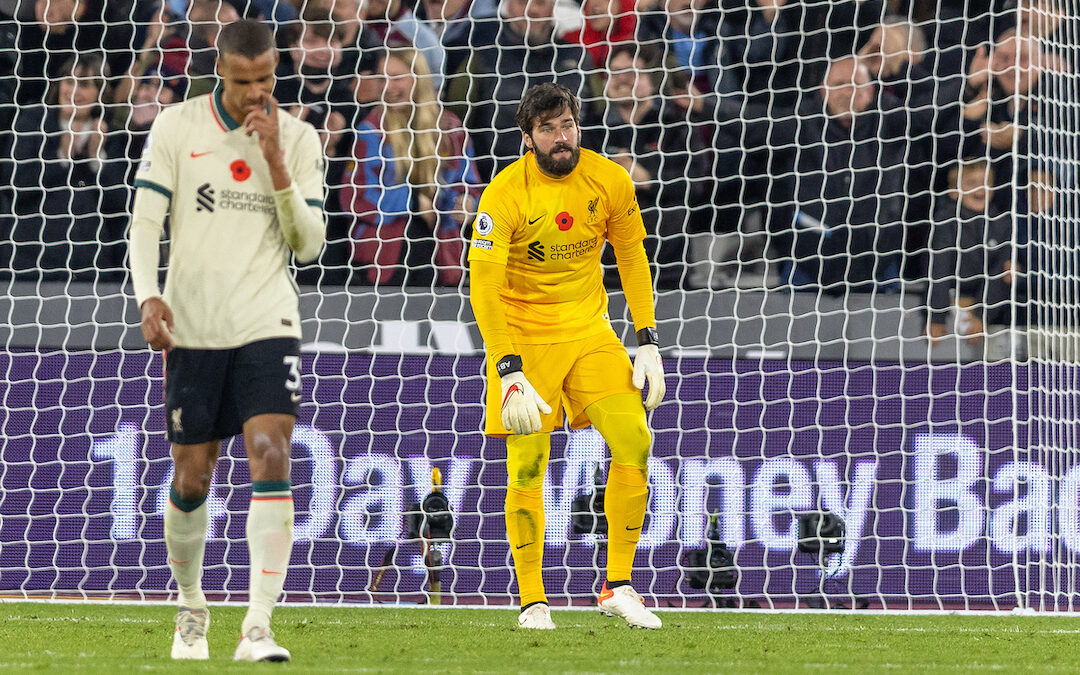 I don’t know, you can cryarse about it if you want, but that’s shite for the first. Weak arms floating in the air. Wasn’t off the ground. Absolute Mignolet butty. Fucking woeful for the second too, if we are honest.

Shite today. Worst performance for Liverpool. He wasn’t on his own.

I mean he spent the game playing very, very centre mid. Basically the most centre mid you have ever seen anyone, and that includes all of our centre mids, every centre mid to ever play for Liverpool and frankly the game. It didn’t work, like. Was fucking us first half. No out ball on the right at times and then a bit ragged without the ball. But then, you know the freekick.

We are all sat in the boozer saying the following or a variant of the following: ‘you need a left foot on this and you just need to twat it. Twat it. No fucking messing.’ Hahaha.

Mad game for Virg. That one where Antonio is one on one in the dying embers of the second half and Virgil just decided he couldn’t be arsed closing him down or trying to get across. Yer, I mean, I should probably be over there but, you know, I might just stay here. And then he plucks that tackle out the sky, absolute worldie. And spits some fury at him while he’s on the deck. Mad five minutes.

Shite second half though, like every other fucker. Bag of fucking rags.

Did nothing wrong per se but was part of that performance so might need to be publicly flogged.

Should do better first half, really. Got in time and again down the left and picked no cunt out, even once. Not in it second half as an attacking threat and that tells its own story.

Wasn’t in it. Didn’t nullify them on the break, didn’t really do anything. Liverpool where a fucking shambles throughout. Fell over for one of their goals dallying on the ball.

Spent the first half playing right wing with Trent playing centre mid. Didn’t work. Got absolutely two footed and should have volleyed that little cunt over the moon. Shite second half. Spent all game drifting out to stand in Trent’s position, which made no real sense to be honest. Made us worse as a footbal team.

I don’t really even know what we were trying to do. It was a fucking shambles. Shite. Dogshite. As long as I live I won’t understand that Trent centre mid diddle. Made the whole side weaker.

As long as I live I will never understand that. Can someone, preferably one of these tactic cunts at Liverpool, sit me down with a laptop and show me what our grand plan was. Because, honest to god, I don’t see it and I don’t think I ever will. West Ham didn’t even need to do anything really. They never played well. Liverpool just gifted them the fucking game. Christ.

Should score last minute to rescue The Reds. They didn’t deserve it so he missed. Good moral compass. That’s about it today.

Waste of fucking time today. Not his fault.

Come on and joined in the shit party. Was honestly shite.

Probably man of the match, great touch and turn and finish. Every other cunt associated with Liverpool Football Club today was fucking dog shite.

Ran round a bit.

“Liverpool didn’t deserve the points. They had the opportunity to dominate but did not take it.”