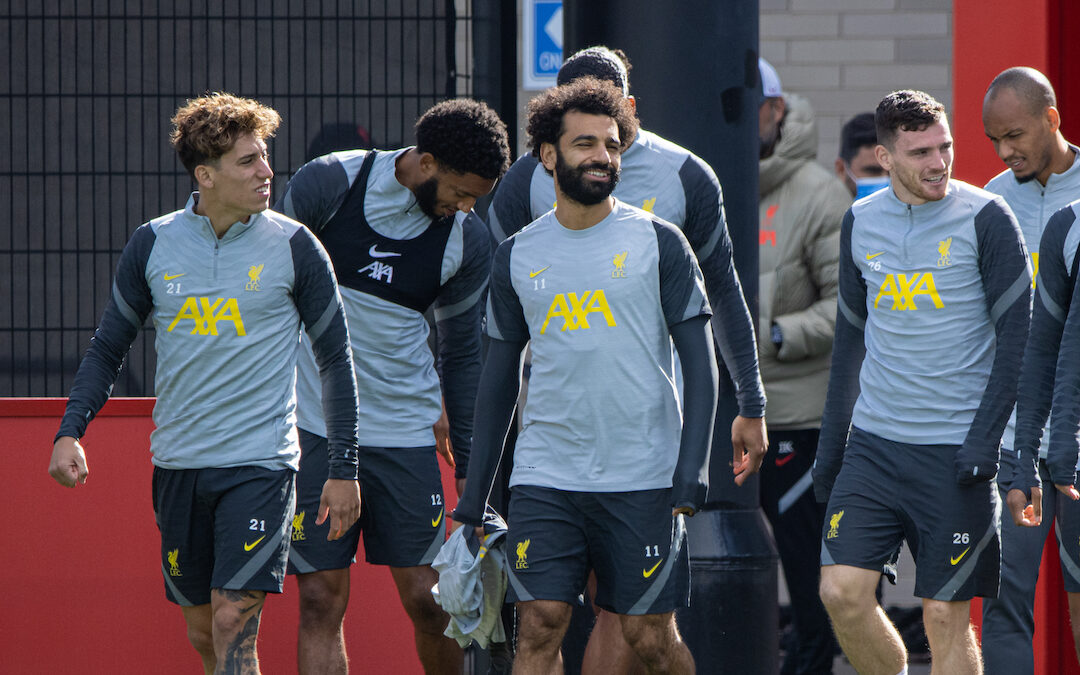 Previously the left-back position was a problematic one for Liverpool, but Kostas Tsimikas and Andy Robertson have ended those woes…

LIVERPOOL and left backs. It’s hardly been a match made in heaven, has it?

There’s been Andrea Dossena, whose short stint will be remembered for strikes against Real Madrid and Man United but little else. Alberto Moreno, who often resembled a deer in headlights. Emiliano Insua, Paul Konchesky (yes that was real, sorry), Aly Cissokho, Jose Enrique, John Arne Riise and Djimi Traore to name a few from recent years. The history books won’t be kind to most.

Fabio Aurelio was a rare exception to the rule. A competent defender blessed with attacking flair who loved to bomb forward and switch the play, dictating and controlling while providing a goal threat as a specialist free-kick taker. His was a career that promised so much only to be curtailed by injury. One of the best Liverpool have had in the modern era.

That was until Andy Robertson’s arrival from Hull City which proved to be the turning point, transforming a position that had proved so troublesome for The Reds in the modern era into one of real strength.

He has, after all, been one of the world’s best left backs for the majority of the four years since his £8m arrival; the perfect example of a player who joined without huge reputation, but one who has got hold of the shirt and made it his own.

He continues to be a key part of this side, one of the team’s chief creators and third in the Premier League all-time list for assists by a defender, beaming down the flank and providing exceptional deliveries into the box.

It’s only natural then, that fulfilling the role of his understudy is one of football’s unenviable tasks. Just ask Kostas Tsimikas, brought in during the summer of 2020 to provide cover and allow Robertson a chance to rest only to see him playing time limited to just 225 minutes, with a lack of senior defenders and the inexperience of Rhys Williams and Nat Phillips meaning Jurgen Klopp was scarcely able to rotate. 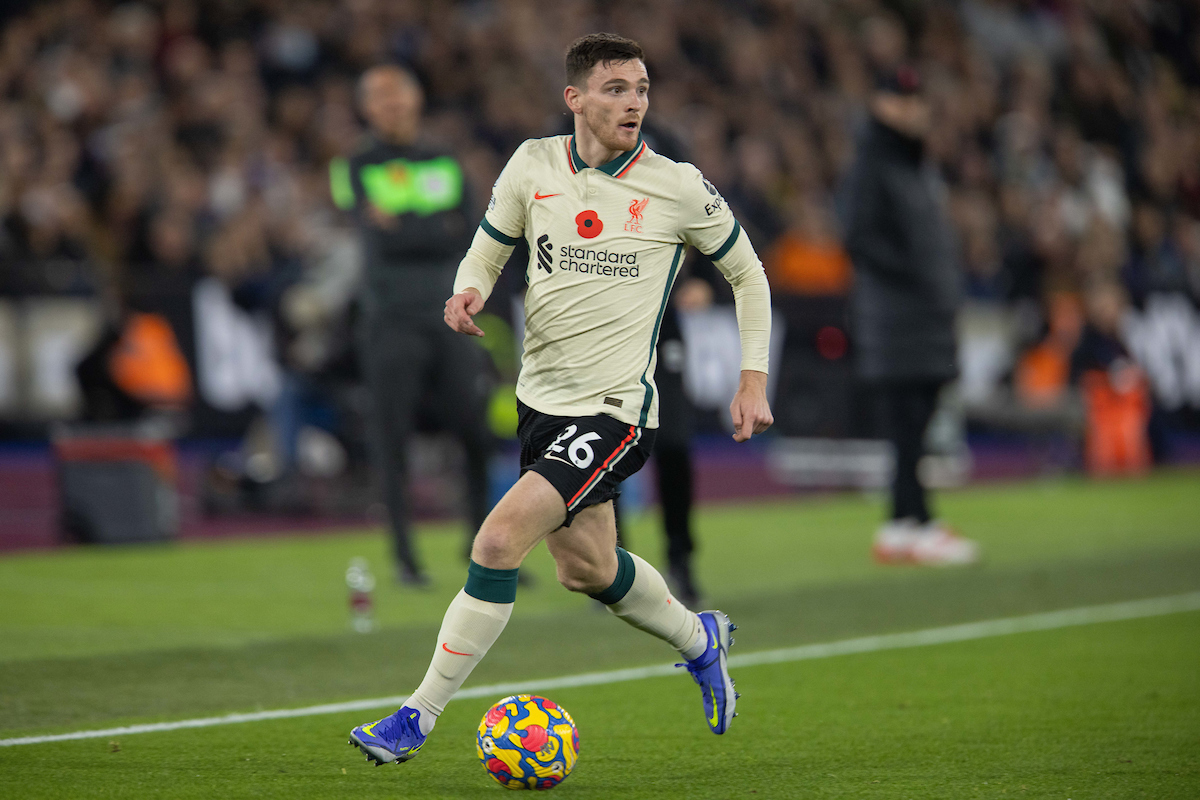 The Greek’s slow start, compounded by injury and contracting Covid, was to be expected given Klopp’s emphasis on patience, and Robertson himself needed several months to get accustomed to the physical demands of the system, starting just two of Liverpool’s first 14 league games in his first campaign.

Fast forward to this season though, and it’s Robertson who has been the more sluggish of the two while his understudy has thrived.

A near ever present in a season in which almost all of his teammates picked up injuries, clocking up 4,319 minutes – more than any other Liverpool player – it’s understandable the 27-year-old has suffered a mental and physical toll from a relentless 2020-21 campaign for club and country.

At times this season he has looked like a man who has simply run out of steam, and against West Ham in particular it felt like his ever-reliable attacking output wasn’t quite there. Too many times he found himself in advanced positions only for his delivery to be found wanting, while the 2-2 draw against Brighton exposed rare defensive frailties to his game.

What is positive, though, is that there are now two excellent options for Klopp, a luxury Liverpool have rarely been afforded. After a slow start, Kostas Tsimikas has benefitted from the same time and patience shown to his teammates to develop into the well-rounded, quality player he is today.

He delivered an impressive display in his first Premier League start against Norwich, before a combative performance against Burnley a week later, setting up Diogo Jota’s opener with a first assist of the season.

On each occasion this season, Tsimikas has hardly put a foot wrong, showing a no-nonsense approach to defending while offering attacking impetus and immaculate delivery, traits that have alleviated concerns over the drop off when Robertson is unavailable.

His level of performance has been impressive, as has his consistency. In every game, he has contributed well at both ends, with The Reds yet to concede a goal during his 546 minutes on the pitch while he is tied with Robertson for assists in 2021. 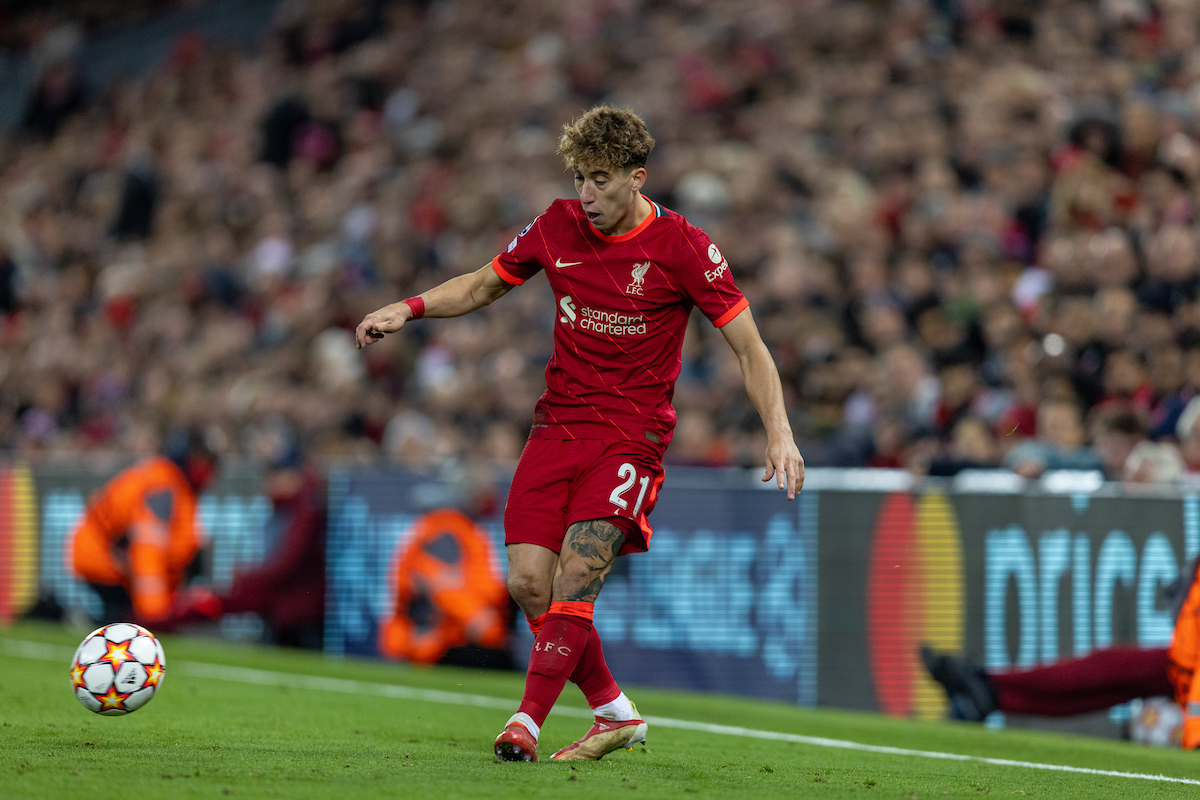 He has shown he can be relied upon, and his quality in possession, speed of thought and decision making crucially encapsulates the same all action, guns blazing approach as the 27-year-old, meaning the team’s style and creativity doesn’t suffer.

There was a time when an injury to Andy Robertson felt cataclysmic, but it’s a testament to Tsimikas’s performances that when he pulled up with a hamstring issue for Scotland on Tuesday against Denmark, there was a general consensus that The Reds can make do.

While it remains to be seen how serious the injury is, it serves a reminder of the need to share the load. Robertson was the only Liverpool player to start every league game last season, but that reliance has lessened this term.

With Arsenal at the weekend before a dead rubber at home to FC Porto, it bestows Tsimikas another opportunity to impress – one he arguably should’ve been afforded already given his impressive form, having not featured in the league since the 5-0 win against Watford a month ago.

For a team that has waited so long for a quality left back, Liverpool now have the luxury of two, and in a long and gruelling season, with 12 games to cram into what remains of 2021, the ability to rotate could prove key.

There will be hope for positive news on the injury front, but an opportunity for Robertson to recharge his batteries ahead of a busy December will do no harm, as will a run of games for Tsimikas that his performances richly deserve.

Maybe, just maybe, those left-back problems really are a thing of the past.

“I’d be comfortable with Tsimikas getting Arsenal and Porto if it allows Robertson to get back fully fit.”