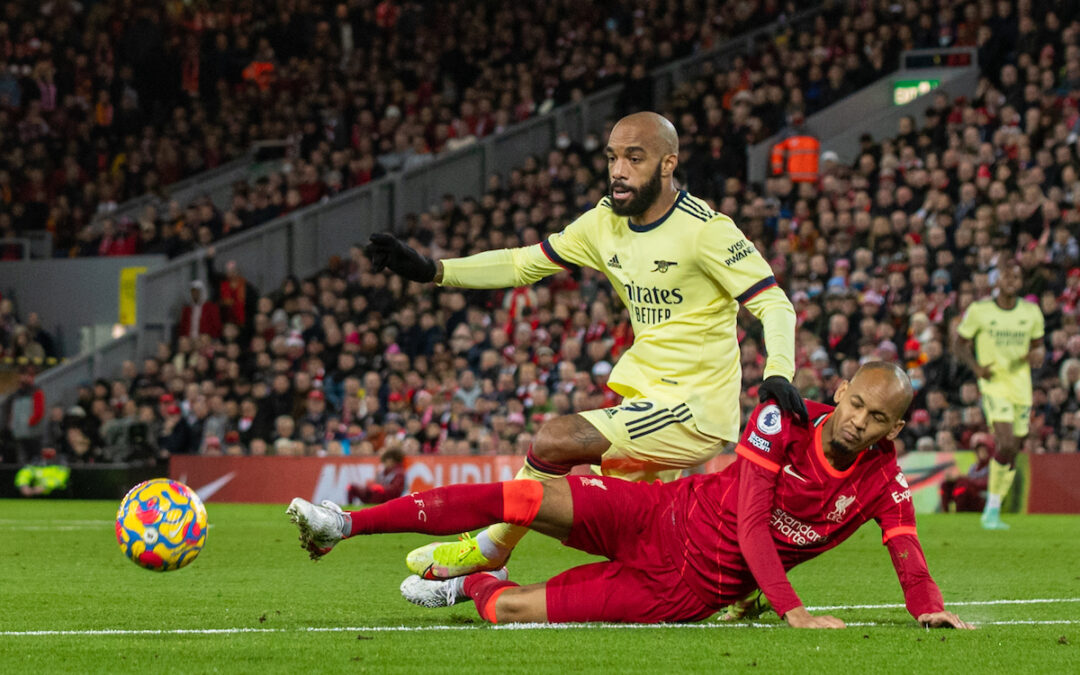 Didn’t have much to do there really did he? Which is always sound. Great footwork for the one he pawed out the top corner. A lesser keeper throws himself through the air like a nobhead. Was that his lot? Aside from pinging balls to full backs?

That fucking ball in for the Sadio goal is unreal. Unreal. Puts it right there. Almost an xG on a plate. Like your dinner. Fucking finish that. Was getting a little bit lost in that inside channel first half but then becomes irresistible second half. Glorious.

Looked back to his imperious best today. Loved the last ditch one when they were in at the very start of the second half. Funny when he makes himself big, isn’t it? They had a shot first half just before half time and he almost inflated himself to block it. Like a fucking bouncy castle.

I thought he was fantastic today. The best thing you can say about him is that you just don’t miss Robbo when he plays. Which is some fucking compliment, mind you. Not a million miles away from being first choice if he carries this on.

He is just so sensationally good at what he does. When The Reds are blur of pressing, a machine of workrate he is the one who just holds his position, and sniffs out the danger. An unbelievable footballer. The best there is in there. Lashed two ridiculously unorthodox tackles in one after the other first half when we were building pressure to keep The Reds in the front foot. Unreal.

I was watching him first 30 wanting more, wondering if he is too much of a passenger. Then he popped up with two brilliant bits of defensive midfield play and found himself right in the middle of the game. Great second half, as good a workrate as anyone else, and pressed like his life depended on it. Is right

Same as above. For 30 minutes I’m wondering if our midfield is a little too lightweight/passive or whatever. And then we score and a masterclass ensues. Lovely touch throughout. Won the ball back high up the pitch from mad angels time and again. Boss.

Funny the way he gets lashed all over the pitch by everyone and no referee is arsed. Incredible the way he just takes it on the chin and bats on. OK, not a pen no? Well thanks for the goal, dickhead. Such a threat. That left back, who did alright by the way, will be having nightmares all week.

Funny, isn’t he? Was a little worried he is a bit of nothing then he just starts waltzing through defenders and that for a laugh, sitting divvies down and slotting. Hahaha.

Wild the way he gets booted like fuck all day and never gets a thing. Great mindset to keep going, score and kick shite out of them. Thought he was deffo getting sent off but stayed on instead and set some goals up. What a fella.

Was so delighted for him, you know. He just looks like a boss fella. Was so happy for him to score in front of The Kop, and to also know that he was going to score. Might kick on now.

Was sound, wasn’t he? Made up for him.

Was great when he came on. Just so front foot in everything he does.

Arteta. Soft twat. Placid nothing of a game, people starting to worry about The Reds, tried to have a straightener with Jurgen, all hell breaks loose. Honestly, was so stupid. Jurgen then gets the crowd going, everyone is out for blood and The Reds duly provide it. Biting necks all over the show. Blood everywhere.