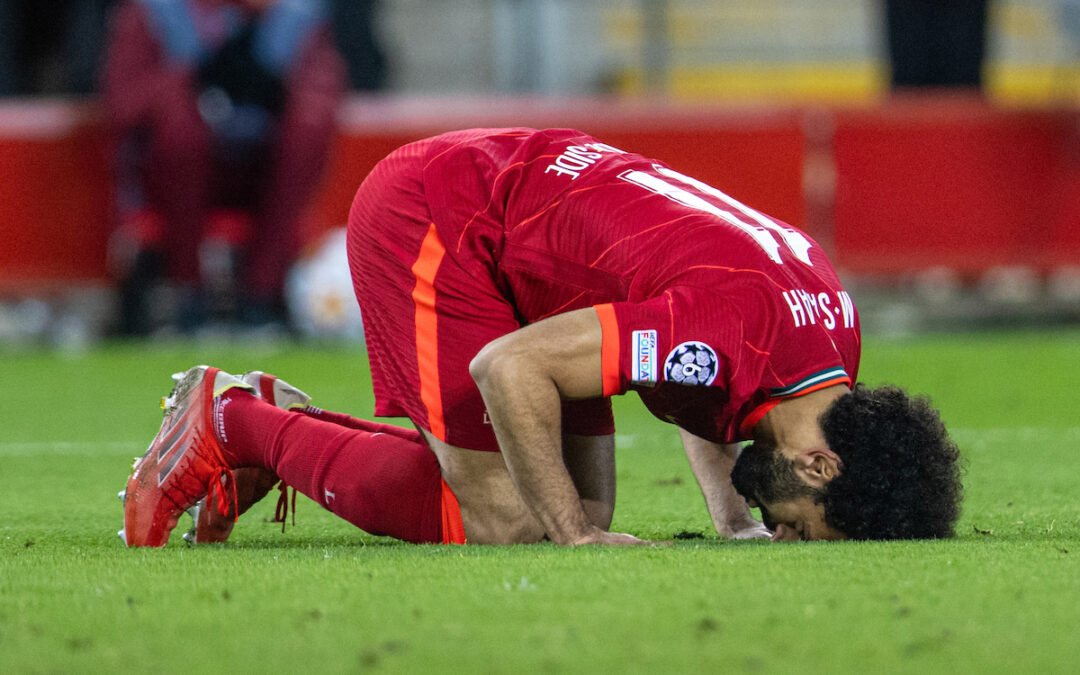 Ben Johnson’s player ratings after Liverpool 2 FC Porto 0 in the Champions League at Anfield, with Salah and Thiago on the scoresheet…

I love the games where Alisson has so little to do he ends up getting involved, stepping into a bit of danger, just to feel alive. Like going out in the rain in a T-Shirt. Didn’t really have much to do but what he did aside from the footwork dalliance was pretty much perfect. So imposing when people are one on one with him, they shit themselves and kick it anywhere. Like I may as well just volley this over there cos im never getting it past this cunt.

Thought he was excellent all night, really. Battled really well, kept the ball well, was a threat going forward. Doesn’t look out of place at all.

He was tremendous again tonight. Elite. Just so good in everything he does. Wins all his headers, grapples better than anyone. Reckon he is quietly stronger than 95 per cent of the human population. Like proper Yoga strength, them proper lean muscles where he can bend steel with his toes and crush cars with his arms and that. Freak strength.

All that said about Joel above, Konate could probably pick him up and throw him like a dart through your window. Unreal that body check on the kid. Was screaming at the lad to get up like but he had a proper chest trauma. Like something off Grey’s Anatomy. Fucking casualty. Give him 50ccs of blood or whatever, stat. What happened to him. He was hit by a fuck off big lorry, Dr. Right.

Played well but started to look a bit tired. Was up against the biggest wimp the world has ever seen. Honest to God. Like fucking Morrissey running down the wing. Wailing and walling all over the show.

Was great, wasn’t he? I reckon you get away with playing him, even now, against 8-10 teams out the league, no bother and he fits in. Lovely touch and mindset to keep the ball moving. Was excellent throughout. Is right.

Picked up where he left off the other day. Got the grit between his teeth and is getting into a groove. Excellent again tonight with an without the ball. Great recovery runs, great tracking, but a really good appetite to get involved in the game.

Oh wow, I’m not sure I have ever seen a ball hit sweeter. Certainly not for a long time. It was gorgeous. Could look at it forever. Enjoyed that tonight. Just need him and the rest of the midfield to stay fit and The Reds are winning all kinds.

He’s back to his best, Sadio. A constant threat, a nightmare to play against. Unreal movement to get free time and again. Unlucky with the offside one.

These are the games where if he is going to kick on and take the opportunities you feel he has got to do a bit more. He was nearly great again tonight but it could also be argued that he was nearly shite. Does enough to warrant inclusion but might be one of those where he gets a game because he might, just, possibly be boss but never quite gets there. I don’t know. Kept twatting it at people as well.

He is ridiculous. The goal is silly at this point. That lad is still going looking for him, just by the Costco. The strength and balance and ability to just keep going is unreal. The best.

Was great when he came on. Presence and attitude and energy when we needed it.

Loved the tackle on the wimp and the booking. Looked like he enjoyed the whole enterprise.

Cant wait for him to turn into prime Pele next week.

Looked great when he came on, re-energised.

Liked his snood hat when he was warming up.