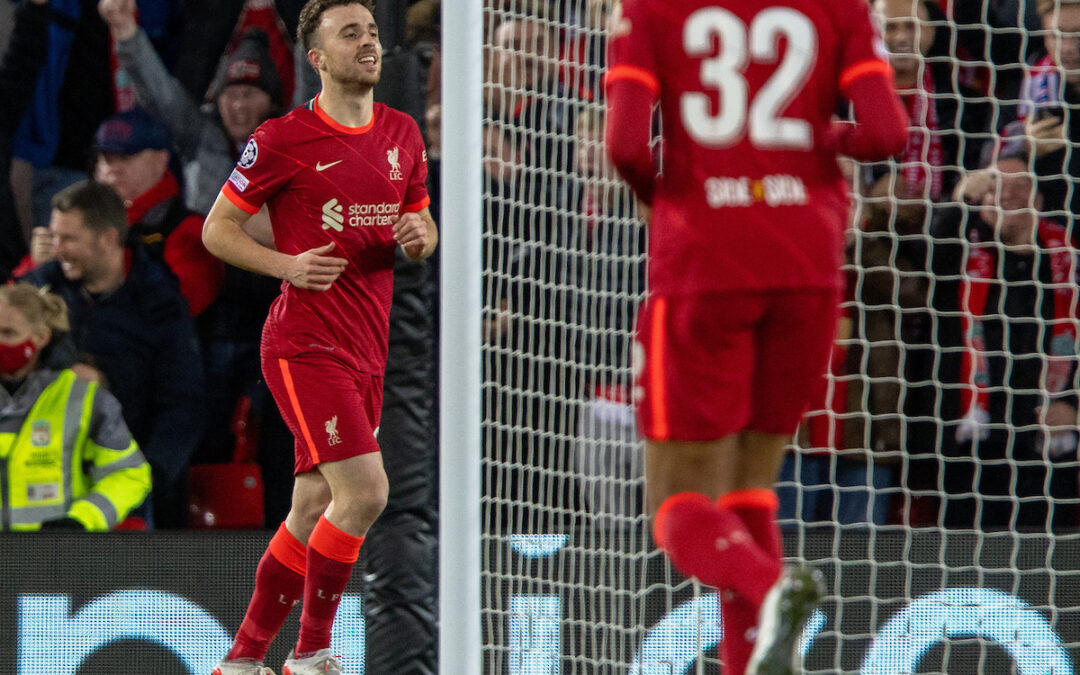 Did he have anything to do? Did he fuck. Easy Simeone, you baldy cunt.

What a ball for Jota’s goal. Has a little look, then another little look and then bang. Inch perfect. That right hand side triangle that The Reds impose on sides is pretty much unplayable. Great for the second as well. Practically perfect there first half.

Played against Suarez like a young pup playing against a dad in five a side. A little bit of sympathy on show, almost respect but a domination like you couldn’t imagine.

Could have scored, could have set one up, like Litmanen in his prime, but was playing centre half. Got booked for an unreal tackle. Was, as per, tremendous.

Really fucking loves sharks. Loves them so much he tried to bite the ball while on the deck. Absolute shark skills. Did really well. Great in the air, won all his battles. Isn’t a million miles away from actually challenging for the first team spot at this point.

Just looks so much more comfortable with a proper midfielder next to him. Like the load is shared.

Did well again, all told. Much better the last few weeks than he has been for years.

Wasn’t his night exactly, but Christ he nearly opened them up so often. Unreal movement. It’s mad that we never have to take him off. Fittest fella ever.

Looked a lot like he was going to get sent off for ages. I mean he was getting the living shite kicked out of him but for some reason, I don’t know what, I couldn’t imagine what, he was close to getting sent off.

Was fucking made up when he scored. My auld fella told me a story before he died about his footy team he was player manager for in the Kirkby league. Was between his team and Phil Thommo’s team as to who was going to win the league every year. My auld fella’s team had a lunatic forward playing for them who was the greatest player he had ever seen.

The league is up for grabs and they are playing each other. The lunatic best player in the league is injured, has been for three months, got a cast on his knee. Turns up the morning of the game and tells my dad he is playing. My dad, reasonably so, asks how mate, you have got a cast on your fuckkng knee. He goes watch this, takes the scissors out of the medical kit, cuts off the cast, declares himself fit and frankly no cunt is going to tell him otherwise.

The boys are winning two one against Thommo’s lads and your man goes through one on one, rounds the keeper, and slots. Fucking get in. What a fella. Then on his way back, celebrating, running past the crestfallen keeper, he just volleys him square in the head. Scored to make it 3-1, probably won the league, volleys their keeper in the grid. Straight red.

Now, honestly, can you really stand there and tell me you wouldn’t have loved Sadio to do the same thing tonight?

Reminds me of Rushie, you know. Really does. Like a shark in the box. That said, could have had a hat trick. Great movement for the first.

Showed loads of nice touches when he came on.