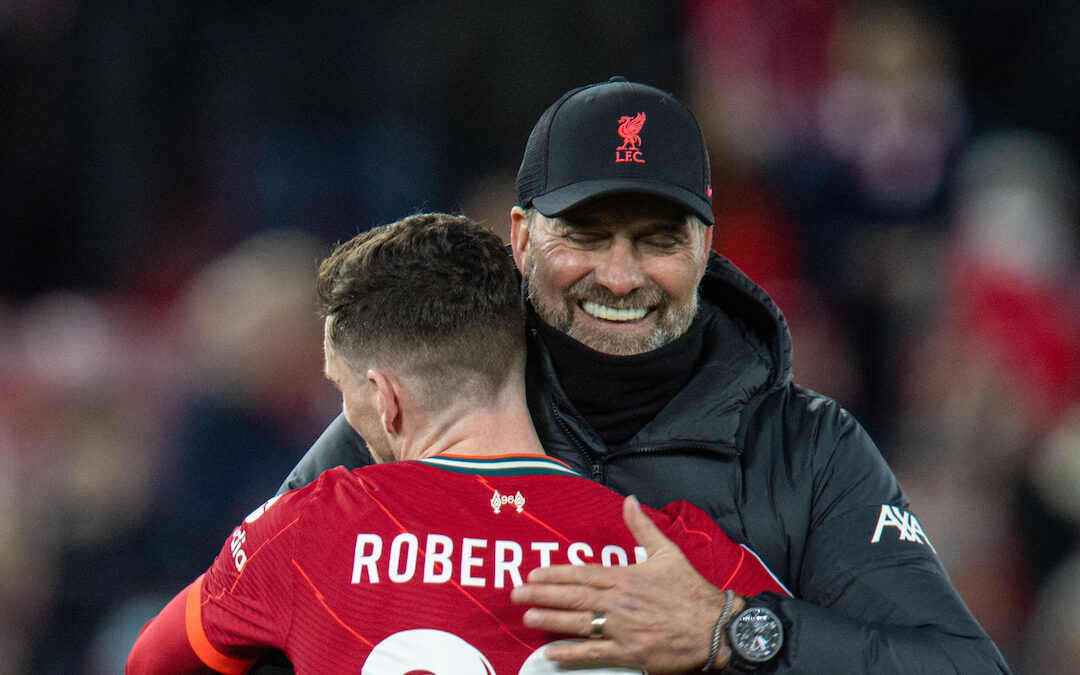 Klopp on the midfield: “For now, it’s better because 10 days ago we had two midfielders. Now for the first time in a while I have to make decisions. It’s better than it was a few weeks ago.”

Klopp on Thiago: “We found solutions when he was out and we find them with him. We have an incredible choice of midfielders. Thiago has incredible skill set, we give him rhythm but we don’t overdo it with the games coming up. That’s why we took him off Weds. We do that with Ox.”