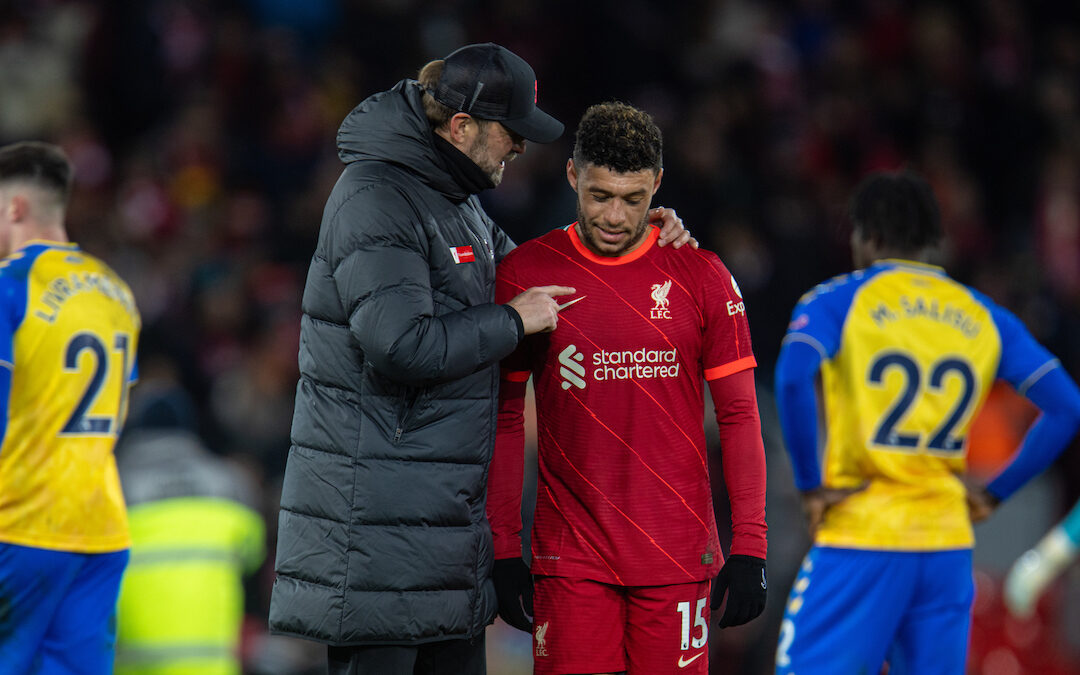 The Anfield Wrap’s review of Liverpool 4 Southampton 0 in the Premier League at Anfield, including Jurgen Klopp’s selection.

– Mention of Sports Science re- Ox/Tsimikas gives him perfect rationale to take them out.
– Use of Matip/Konate becoming more about a development plan
– Hassenhutl: ” I made a mistake in the shape we played”
– 343 with gaps due to press? Lack of tactical discipline, the half-time
– Romeu and Ward-Prowse on a string
– What Liverpool do between the lines with the spaces
– Seemed to not be over committing on set-pieces. Only usually four men in the box. Second-balls?
– Zones defending look slightly closer. Henderson doing more front zone
– Liverpool’s ability to start the base of two-centre backs & Klopp post-match on group