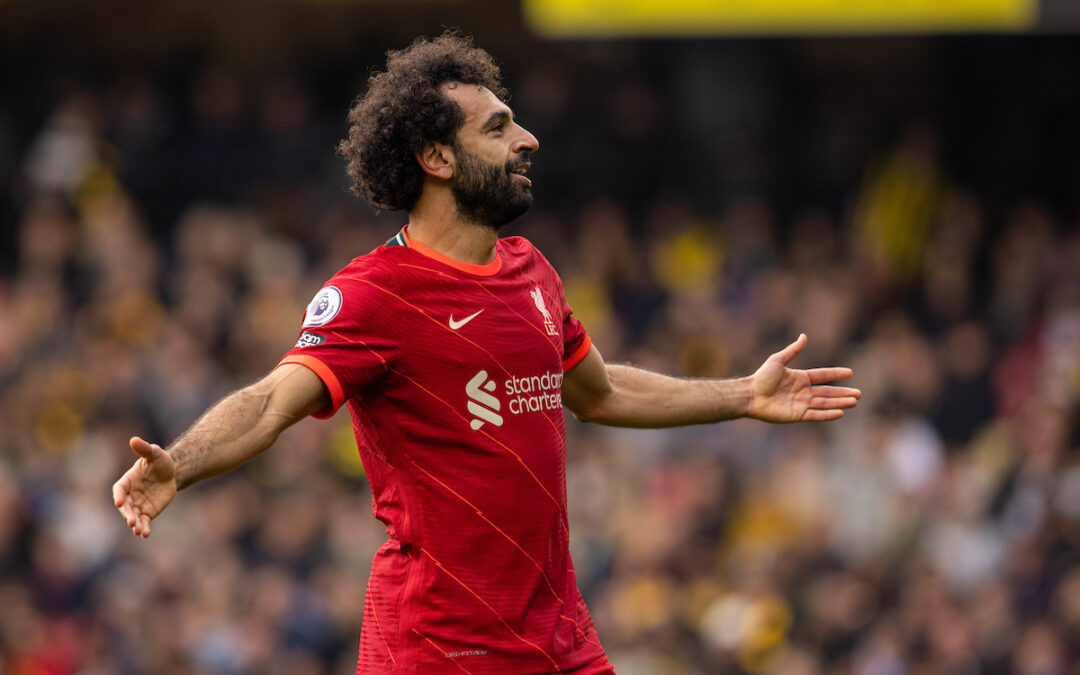 IT is my privilege and duty to advise that The Reds are not fucking messing about.

Not even a little bit. This was one of them games where even sane minded, optimistic Liverpool fans, of which there seems to be fewer every day, were a little twitchy.

Early kick off, after an international break, players missing all over the show, whether that be still playing international footy or midfielders decided to get injured all at the same time, first manager bounce.

You fucking name it, the diddle was in. And then The Reds kicked off and weren’t messing about.

We are going for the title and we have what it takes. Indeed.

Someone posted on Twitter at 11:29am that Adrian was playing and I absolutely flapped it for 20 seconds until the team dropped and then was sound. Absolute 20-second flapper.

Didn’t actually really have much to do but he doesn’t have your heart choking your throat out at all, which frankly is a lovely thing. Couple of routine saves second half and an absolute world class one onto the post. Marvellous.

It’s hard when the team performance is that good to dole out individual scores or even really reflect on who done what. The entire team were practically perfect.

Looked like he had been away having a lovely time, never mind being injured. Straight back in like the greatest right sided playmaker in the league.

See above, re: the everyone was boss comments, but the back four were practically perfect today. Constantly squeezing the space, a perfect positional line. The only times they got any joy at all was with a ball in behind or whatever it was offside. Lashed some of them big switches out to the right wing that just opens the pitch up so much.

See above, plus got some water squirted in his eye, which I could watch all day to be fair. Never seen that before on a football pitch. What the fuck did he get in there? A fly?

I’m just doling out eights here, aren’t i? Willy nilly you could say. Lovely nearly ball for Firmino’s second which, by the way, is berserk that it isn’t offside. Surely he is interfering with play if he has to make the block because there is a fella behind a mile off. I mean, I’m not sure why I’m that arsed but still it’s an outrage. Anyway. Was good.

Funny the way the Twitter Reds were fucking cryarsing all week about The Reds’ midfield being shite and then The Reds are like ’watch this then’. Great today. Great ball into feet for the second goal, then the overlap and then the cross lashing it on a plate. Fucking cry arse about that, you fucking big fanny heads.

Was great, like every other fucker. No fucking messing about. Constant work, constant nitting it together, linking the ball across in a perfect shape.

See all of the above. Been all over Africa playing footy every day, bounces back and is sound. Kept it well, worked his balls off. Won some great tackles second half.

What a finish for the first. The run is perfect, the ball is perfect and the finish is, well, perfect. Looks more and more like he is back to his best. Should have scored another later on at 4-0, but probably couldn’t be arsed with it.

Wild the way he scores a trick, plays really well throughout and isn’t man of the match, isn’t it? Just kept dropping into space and picking the ball up. Definitely back to his best.

Honestly, what can you say? The full, bang on show there really of what he is all about. Better than anyone at the minute.

The ball for the first is outrageous as he was in, no fucker was catching him and yet he just picks his mate out on the edge of the box instead. Then, you know, unlucky with a couple of them ones where he cuts in and tries to put it top bin. Two great saves.

The goal though. Honestly, that goal. The little foot on the ball, stop start thing he did when the fella just got off, then the cut back onto his left without even needed to break stride. I feel sorry for the defender there really, as you watched him last week do something similar and then twat it in with his right. In his head he is thinking that more of the same is coming and then he just gets sent the shops with a full on shopping list.

Then the finish. I mean, they had Danny Rose try and use his chest to block it and he somehow misses the lot and twats it into the corner instead. I mean, have you seen the size of Rose? He’s like Ram Man off He-Man. Chest on him like a vaulted brick ceiling.

Best in the world. Unreal.

Come on and has got loads of new tattoos on his arms, which were nice.

Legged it about like the sharks he holds so dearly.

Got to feel his time’s pretty much up for The Reds if he isn’t doing enough to start today when half the midfield are fucked.

Ran about and that.

“That Salah goal is genuinely outrageous. When he rolls it with his foot and takes three out of the game.”

“He is better at football than the rest of the planet.”

Subscribe for the best immediate reaction after the game on audio and video 👇https://t.co/RZ5ckXvRKw pic.twitter.com/aj4ywzGoV9