How Leanne Kiernan Can Fire Liverpool Women To The Top 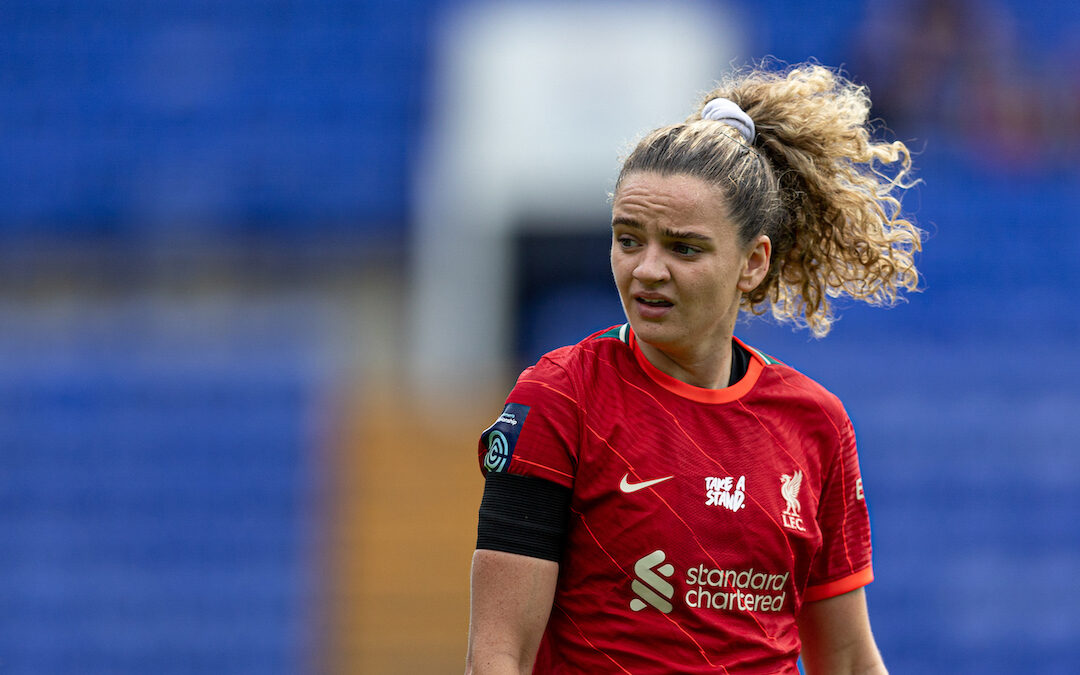 Liverpool FC Women are facing an upturn in fortunes this season, with the help of new signings such as Leanne Kiernan leading the way…

CAST your mind back nine months and everything felt a lot different for Liverpool Women.

Vicky Jepson’s 12-year association with the club had come to an end on the cusp of a critical game against Leicester in the club’s promotion bid, and there was a real sense of uncertainty around the team’s long-term direction.

Despite a strong end to the season under caretaker manager Amber Whiteley, Liverpool narrowly missed out on promotion, facing a second major rebuild in as many years as the hunt for a new manager began.

Fast forward to the present and the mood around the club has changed drastically.

Matt Beard’s return this summer, seven years on from guiding them to a second successive Women’s Super League title, has been supplemented by newly appointed managing director, Russ Fraser, while talks continue about a more permanent home for the club.

Elsewhere, the eight summer signings have addressed key weaknesses, strengthening the squad with the objective still firmly on achieving promotion back to the top-flight.

It hasn’t been completely plain sailing so far, with only one win in the opening three games, but The Reds have gathered momentum in recent weeks, taking maximum points against Crystal Palace and Coventry to move them to third place, just two points off Durham at the summit.

At the heart of their upturn in form? Former West Ham striker Leanne Kiernan, Beard’s first signing of the new era. 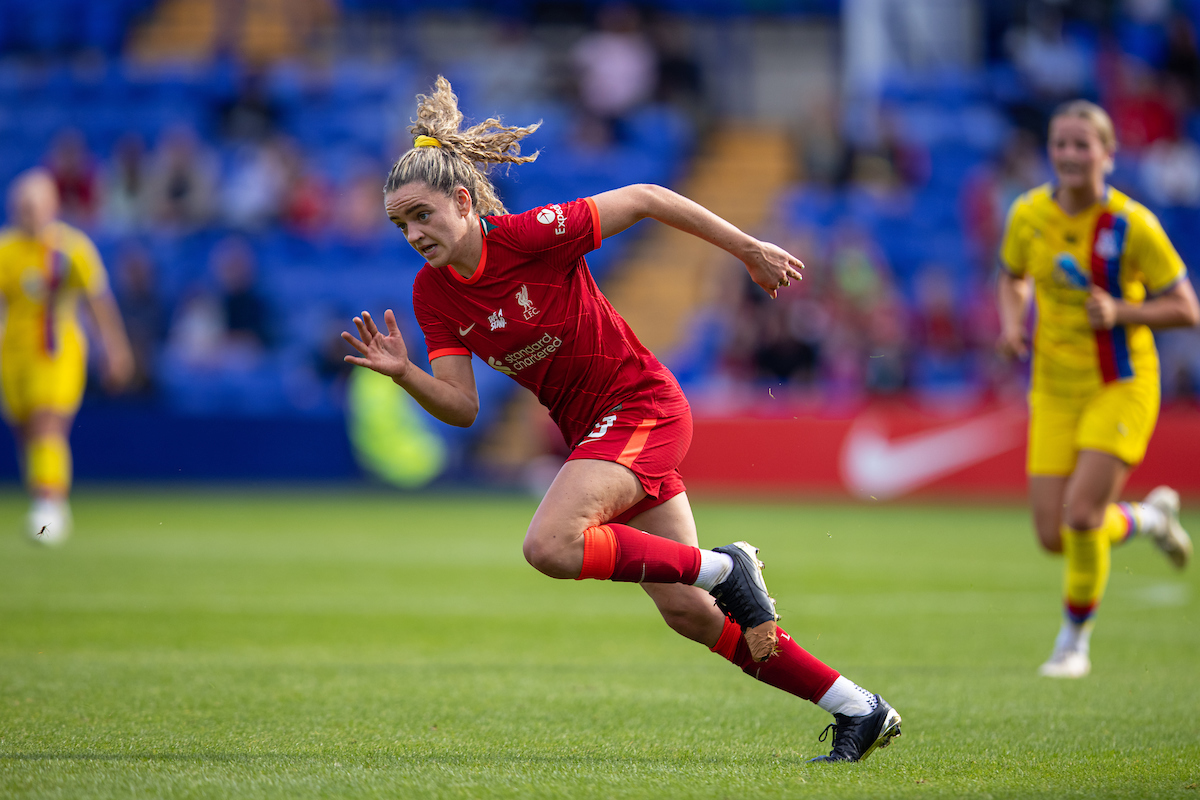 Kiernan’s career began in her native Ireland with Shelbourne at the age of 15, where she was part of an invincible team that won the Women’s National League, scoring the winner in the WNL Cup and a hat-trick in the FAI Women’s Cup final in 2016 before receiving an international call-up.

A striker who can also play as a winger, she has worked and grown under Matt Beard since moving to England in 2018, proving a perfect fit for West Ham before joining Liverpool in the summer.

Although it’s still early in her Reds career, she has already shown why the manager rates her so highly — a strong dribbler, fast and able to think on her feet. The 22-year-old has added another dimension to a Liverpool side that look well equipped for a title charge.

Her performance against Crystal Palace typified as much, with her movement off the ball matching her drive on it. One of the biggest criticisms levelled at this side last season was their inability to get numbers in the box, but Kiernan delivered that in spades. A constant threat hovering in and around the six-yard box, always looking to make things happen.

Not only did she lay the ball off for others, she fashioned her own chances. An interception, burst forward, then a fierce shot. It was an effort ultimately off target, but it underlined what she is all about.

Sunday’s game against Coventry, though, was the tip of the iceberg. In a league as competitive as this, there will be times when you need to make your dominance count, and others when results just need to be ground out.

The trajectory of the game was one we’ve seen many times: totally dominant in possession and yet unable to break the opposition down. But just as it seemed as though The Reds were in for another frustrating afternoon, Liverpool’s number nine was there again. Lighting up the contest with a bit of magic to earn a vital three points. 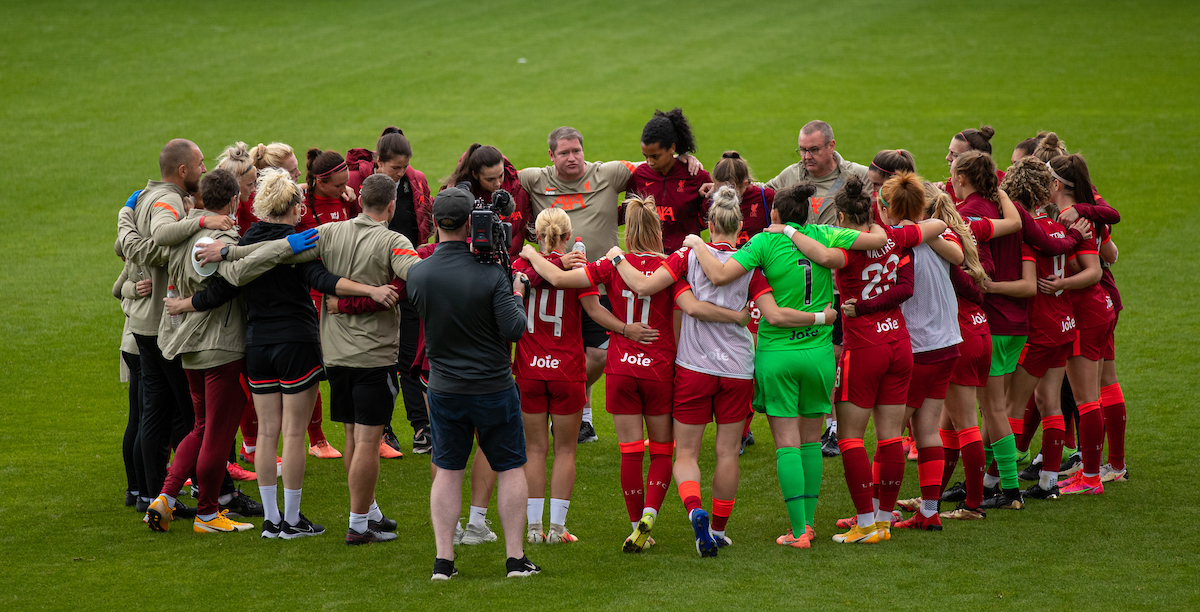 A bit of a slog, but a win nonetheless. They’ll need to do that a few more times this season.

Her goals showed the depth of her repertoire; the first a brilliant bit of movement and an instinctive diving header, before a swift turn and quick dribble past the goalkeeper to slot into an empty net. Her first two goals for The Reds taken expertly. Let’s hope there’s plenty more to come.

It was a performance as much about her hard work and graft as it was her genius in front of goal. At the centre of everything, the range of the 22-year-old’s skills were on display; drive, technique, effortless guile.

She knows when to make a pass, when to hold onto it, and when to make a run. A versatile player with a good football brain, Kiernan is the crucial in-behind runner that Liverpool needed last season, able to receive possession, drive at the heart of the opposition and get shots off.

This is a manager who understands how to get the best out of her, and who knows Liverpool can reap the rewards. The rightful recipient of the Women’s Championship Player of the Week, there are plenty of signs she can make a real difference this season.

In what is a hugely exciting time for women’s football as a whole, there is a real sense of optimism surrounding Liverpool Women both on and off the pitch. Five games in, two points off top spot and a mission that remains the same.

It’ll be a tough task, but there’s plenty of optimism the squad Matt Beard has assembled can get this job done.

Such positive performances from his summer recruits will only reinforce that belief.