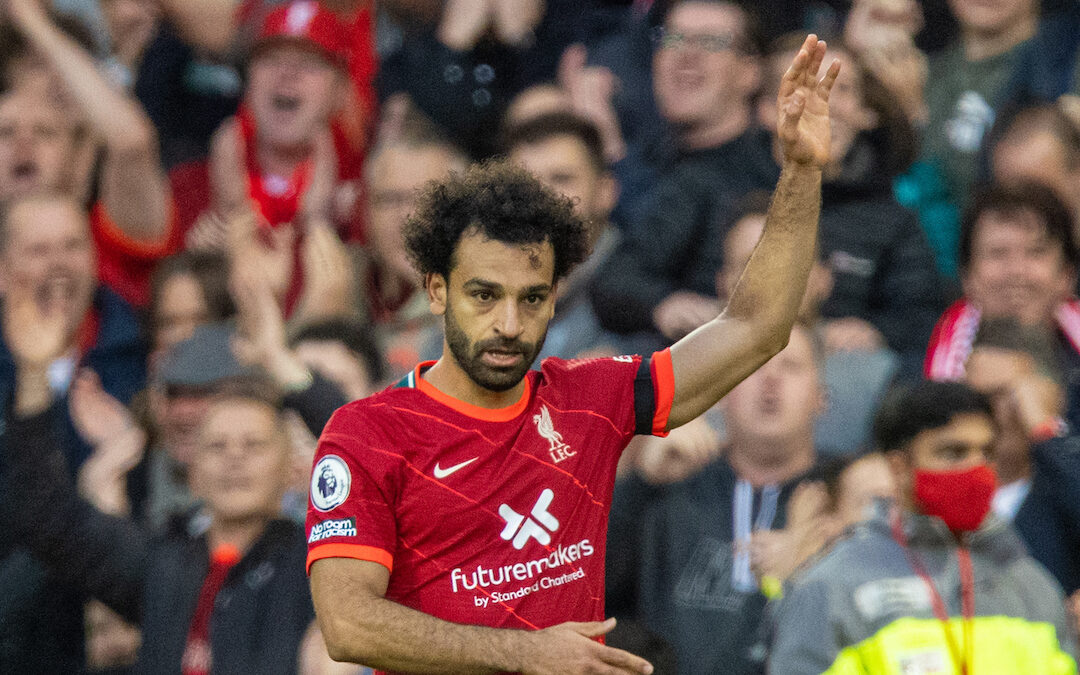 Ben Johnson’s player ratings after Liverpool 2 Manchester City 2 in the Premier League at Anfield, as the Egyptian King reigns supreme…

Great save first half. Really aggressive movement and then all over him like a rash. What a fella. Unlucky with their goals really. Not sure what went on with De Bruyne’s goal.

Loves kicking people, doesn’t he? Fucking loves it. Probably could have been sent off a bit and probably should have been taken off but then I’m not sure that second goal goes in if he’s still on the pitch. One of them, init? Did well really.

Was really good, seen as though his feet were doing the river dance for half the game. My mate Tony got restricted view tickets for the river dance. Row two. Couldn’t understand why it was restricted. Come into work fuming. What’s gone on Tony? Fucking row three. Could see his waste up. Hahaha. Fucking three hours of a fella waggling his head.

They kept letting him have the ball which is mad as he is our best player, and the fella most likely to take any cunt on. Did well today, especially first half.

Was good again today, probably his best game for a while. Had a job to do as they were exposing Curtis a little bit. Rattled them a bit which is just what you need. Offered a level of disruption which is an absolute must against them sterile cunts.

Struggled really a bit. I mean they had about 40 centre mids like, but still. Struggled when he had the ball a little. I don’t know, says a lot that the three lads in midfield struggled a little bit for legs, or this or that, and we have a look at our bench and there’s £100m of centre mids on the bench and we think nah, fuck that, these knackered tired lads will do.

Struggled to impact it today. Just seemed a bit fast for him. Which is entirely reasonable seen as though it is likely the best two teams in Europe slugging it out and he has just played three games in a week. Says a lot that he is preferred to Keita and Chamberlain.

Not at his best today but again that’s likely something to do with them having 40 centre mids and us having two and a Curtis trying his best. Chasing shadows a bit. Would have liked him to have kicked Silva’s head off.

Close to his best. Great movement and finish for the goal. A physical specimen. Unsettled them down his wing all game.

Surprised he started really but was good. Grafted.

The king. Great ball for Sadio’s goal. And then his goal deserved to win the game. Unplayable. They had about six fellas marking him and he still legged them.

Come on and was a bit shite which he tends to be when he is a sub.

Got sucked across for the second. I don’t know. Would have liked him to kick Cancelo’s head off and he didn’t, so booo.

“Salah’s goal was worthy of winning the game.”