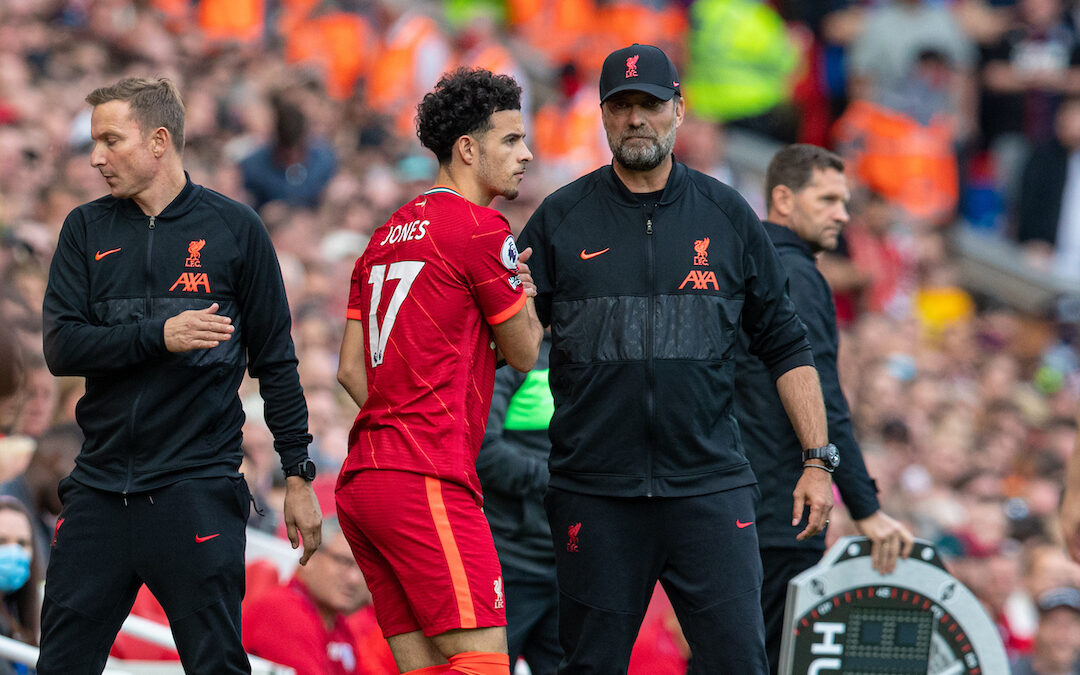 On the Newcastle takeover: “I was waiting for some official statement about it from Richard Masters or someone else as there are obviously concerns over human rights issues. It didn’t happen in the first place. It means there is a new superpower. Money can’t buy everything but over time they have enough money to make some wrong decisions and then make right decisions. The PL obviously thought ‘let’s give it a go’. It’s now the third club owned by a country.”

On Alisson Becker and Fabinho: “The last game they played in a red list country was Colombia so next Thursday it will be 10 days and then they can fly back (from Madrid to UK). They could have flown into England but it would have meant they had to isolate from their families.”

On Curtis Jones’ injury: “When we talk about federations, Curtis Jones came back from England U-21s injured. Great! It’s hard to get in touch with them. They played Andorra, really important he played there…”

On Joe Gomez’s England role: “Sometimes Gareth reacts if you are not playing for your club you can’t play for the national team. Obviously there is a special thing for Mr Stones.”