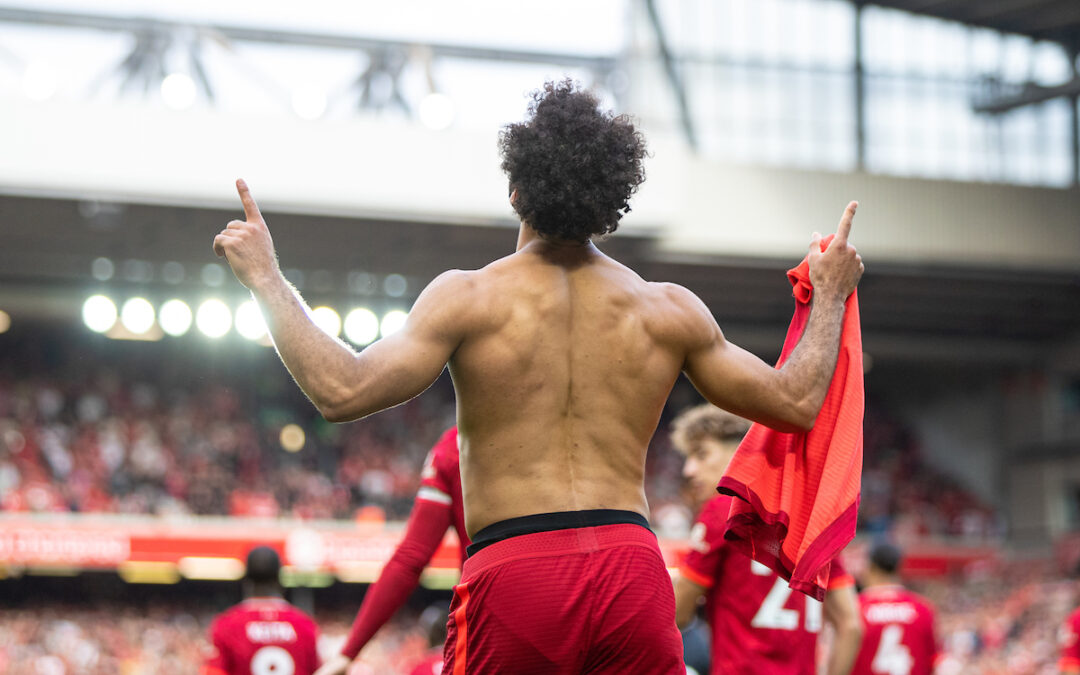 Ben Johnson’s player ratings after Liverpool 3 Crystal Palace 0 in the Premier League at Anfield, as Mo Salah worked his magic once again…

He might honestly be the difference between The Reds finishing third and winning the league. Just ridiculous saves, routine saves, unreal footwork saves non stop until The Reds have won.

He does that chop tackle with his hip and pretty much the rest of his body about five times a game and never gets pulled, it’s amazing. Was a proper traditional full back’s effort that. Was brilliant against Zaha who is frankly a massive big super king baby

When that lad tripped on one of our players and fell into him I was convinced he had blown his knee up again. But then he got up and by Christ it was a good feeling! He is just so tremendous.

Did alright to be fair. Looks like he is still learning the system a bit. Milner and Henderson were casing him first half. The lad from Celtic got in behind him a good few times second half.

It’s very important to remember that he fucking loves sharks. He was sound, battled away, nibbled a few legs.

Looked a bit tired today. Would like him to go home now and eat an enormous tea and then sleep until Tuesday-ish. Like he’s just come back from Glastonbury.

Skated on a bit of thin ice after the yellow and got away with a few good volleys to their lads. Was great though as per. Except when he got carried away and had a mad shot with his left peg.

Pinged his calf off which is a blow. Didn’t really even know he had gone off. Was a proper hobble that though. Was good when he played, but didn’t set the world alight.

He is incredible. Genuinely. Increasingly incredible. Fitter than everyone, anyone, to walk the planet. Second goal was a lovely little nerve settler.

Was good but not great. But fuck it, he scored, again, which is mad. Still getting back to his top level but if he could keep scoring while he does that would be lovely.

Thought he struggled like fuck. The sitter aside, and what a sitter it was, he gave it away easy, and didn’t really offer loads.

Love a bit of div.

Haha what a goal that was. Absolute slap.

Was good when he came on.

“Champions League nights are back! A full house, European royalty, that’s what we’re all about!”

Subscribe now to watch our On The Whistle video full of post-match reaction from Anfield 👇https://t.co/RZ5ckXvRKw pic.twitter.com/OhPdISnxMv