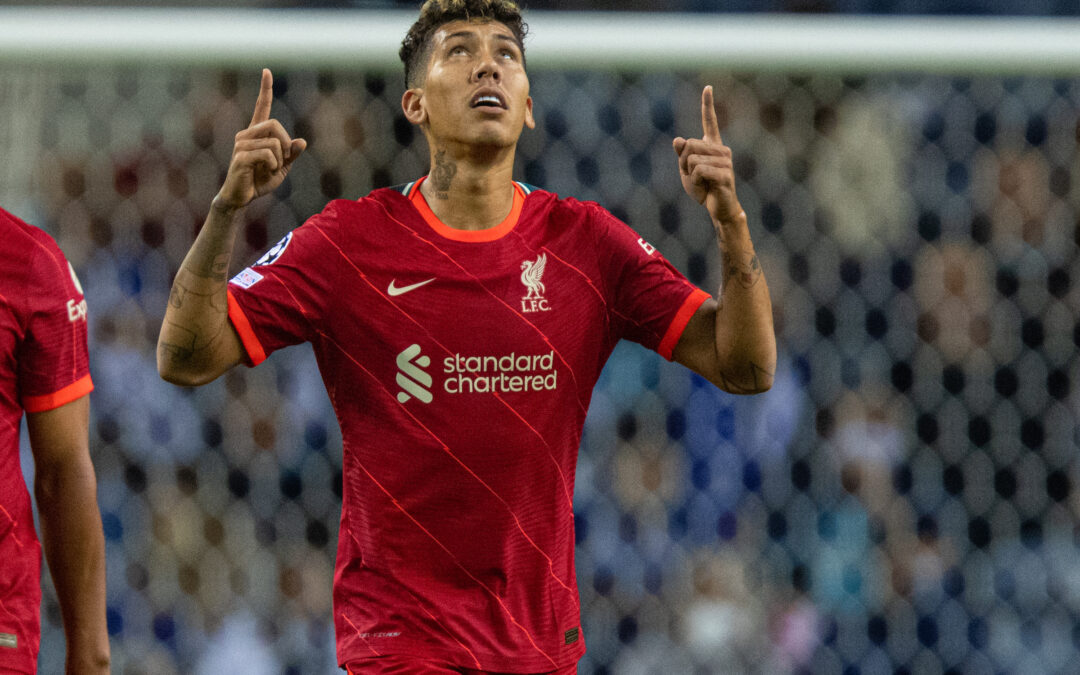 Had that one save to do first half where he read the lad’s mind before he’d even decided what to do and then lay down like he was on holiday, waiting for his missus to get changed to go out. Been changed about an hour and a half. Good save second half when he got down quickly and the ball just stuck to him. Made it look easy.

What a ball for the second. So far down the corridor of uncertainty the keeper forgot if he had arms for a bit. He is so good at that position, mainly because it really isn’t that much of a defensive role.

Very aggressive today, almost like him and Virgil had been sent back out to right a few wrongs from Saturday. Really very good.

See above. Fuming that we conceded and looked like he might twat Joe Gomez everywhere in the bogs, which seems a bit harsh. But, frankly, if it means we don’t concede on Sunday, I’ll swallow that collateral damage really. Sorry, Joe. The best in the business.

Played like he wanted to lash a bit of the criticism from Saturday down a few necks and rightly fucking so. Him and Sadio down that left-hand side weren’t a million miles away from being back to their best. The overlapping and aggression that makes his game what it is was back in absolute abundance. Brilliant all night. Great ball for the Jota chance second half. That overlap around Sadio and then cut back.

That midfield balance on show tonight was practically perfect. Hendo pushing on and playing a mixture of number 10 and right wing, Curtis doing what the fuck he wants but with absolute work-rate and discipline, and Fabinho just everywhere, all of the time, whenever you need him, breaking it up, first to every ball, but tactically, positionally, pretty much perfect at every point of the game. He just has that ability to be in the right position all of the while.

Honestly, what more do you want from a midfield performance. Third game in a week and he is floating about here like he is playing a different game. A massive hand in every goal, showcasing everything he has in his locker. Cutting in and getting shots off, keeping balls in, starting phases of play, winning the ball back in the opponent’s half and just picking the absolute right pass for Mo Salah and then keeping the ball for an hour in his own half, like he was playing against kids and then breaking and pinging through balls. Lashed a little spell on their keeper at the same time just for good measure, like fucking Uri Geller, bending his will like a fucking cheap spoon and making him run around all over the gaff with no control over his limbs until he snapped him out of it and he realised he was 40 yards from goal. Like a bevvied fella, sleepwalking his way out of his hotel room, woke up bollocko in the corridor when the door has just shut behind him. Smashing. Set the fifth one up for a laugh and then carried on pressing like fuck. Monstrous performance. Honestly.

Found himself in so many great positions first half but made a few wild decisions. So difficult to pick up though as his movement was so good. Popping up in the false nine position, the fucking false right-wing position, the proper midfield position… So much to his game, it’s unreal.

Better tonight. Was a big fan of him controlling that ball into the net. Nearly killed it dead and then shit himself a bit and then realised he had scored. Great link up play with Robbo down the left. Love that we could take him off on 60.

He is incredible. There surely isn’t any doubt in anyone’s mind here now, is there? Anyone? No soft cunt picking Suarez over him in a Liverpool best 11 anymore surely? Don’t want to see it. He’s top three players of all time for Liverpool. No problem. What he is doing is ridiculous at this point. If he carries on the way he is going he is on for his best season yet.

His movement is so sharp, bit like Rushie tonight with some of his pressing, and movement and also the way he sometimes just twats it. Unlucky not to score.

Joe Gomez: Come on and they conceded. That’s a fact but maybe a bit harsh. Could do with some minutes in his legs.

Alex Oxlade-Chamberlain: Made a good tackle.

Bobby Firmino: He gets 8/10. Funny isn’t he. Two really well-taken goals, great touch for the first in fairness. Funny the way he teased the keeper into giving it bifters.