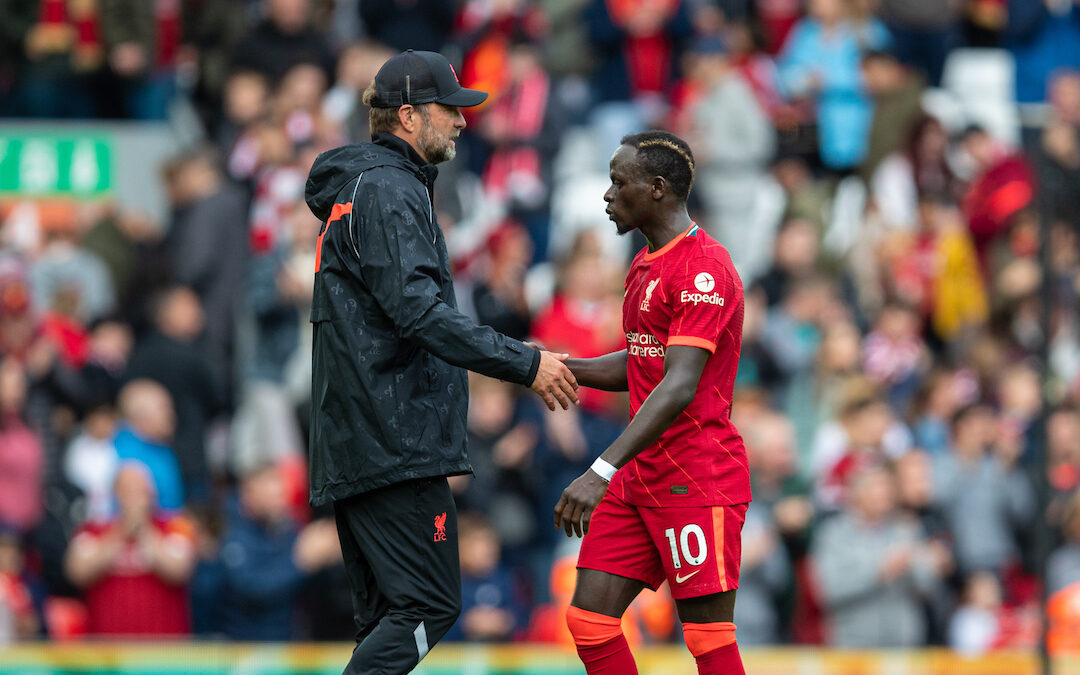 The Team Talk looks ahead to Liverpool vs Crystal Palace after Jurgen Klopp’s press conference. The panel talks Sadio Mane’s form. Divock Origi’s role in this Liverpool team. They also discuss the quality and reliability of Joel Matip.

Sadio Mane looks primed to score his 100th Liverpool goal against Crystal Palace. If he scores against Palace, he will break the all time record for goal scoring against the same club in consecutive games with nine matches. Chloe Bloxam talks about Mane’s ability to create chances for the reds.

Jurgen Klopp has shown trust in Divock Origi time and time again. The Belgian striker has come through in some of the biggest moments for Liverpool over the last couple seasons.

Josh Sexton speaks about the things fans don’t ever see in Liverpool’s preparation. The panel speaks about Divock Origi’s natural finishing ability and other qualities that make him such a valuable player for the reds.

Joel Matip put in an immense performance in midweek against AC Milan. The panel discuss Matip’s impact on this Liverpool team, including his quality and his place in the centreback rotation for Liverpool.

Neil Atkinson speaks to Crystal Palace fan Robbie Scotcher about what to expect from Crystal Palace. After coming off a joyous 3-0 win vs Tottenham in the Premier League, Robbie and Neil discuss a Palace team that look really comfortable with their football.

Scotcher discusses the impact of new signings and the development of a style of football under Patrick Viera. After preventing Harry Kane from even having a touch in the box last week, they talk about the excitement around this rejuvenated Crystal Palace side.

They talk about the role of Wilfred Zaha, Christian Benteke and Jordan Ayew under Patrick Viera, a manager who is not afraid to attack, and the energy that has been infused into the squad.