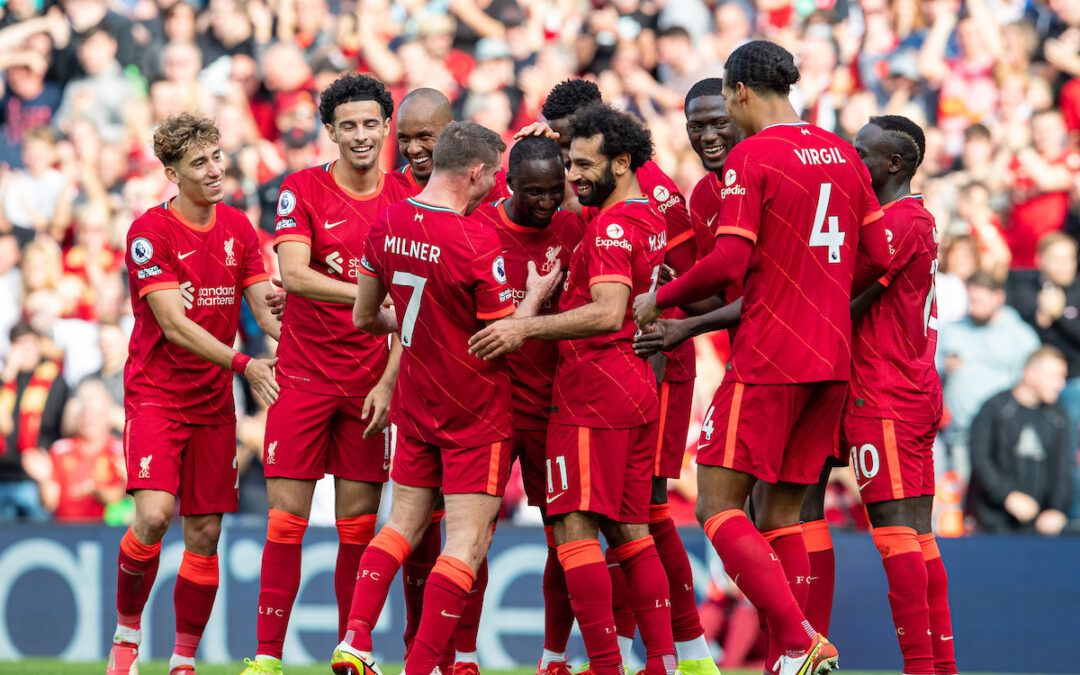 The Post Match Show recorded live from the pub just after Liverpool beats Crystal Palace 3-0 in the Premier League. Ibrahima Konate makes his Liverpool debut. After a big win against AC Milan midweek, Kostas Tsimikas and James Milner fill in for Andy Robertson and Trent Alexander-Arnold at left and right back.

James Milner must be nearly 50 and that man did not even break a sweat!… That man should not be able to do the things he’s doing in that scenario [playing right back] but here he is time and time again – Siobhan Biggane

James Milner fills in at right back for Trent Alexander-Arnold and does well to shut down Wilfred Zaha on that side throughout the game. Milner has clearly found the fountain of youth to still be competing at such a high level at the age of 35. Siobhan Biggane talk why James Milner is TAW’s Man of the Match. He finished the game first in touches, tackles, passes, passes in the opposition half, distance covered, crosses and sprints. It was an immense performance from one of Liverpool’s most reliable and composed players.

The Greek scouser Kostas Tsmikas started really strong with the big task of filling Andy Robertson’s shoes. He looked like he’d been starting for Liverpool every week, fighting for everything out on the pitch. Tsimikas isn’t afraid to put his body on the line for the reds and looked confident striding forward into attack. He would have had an assist for Diogo Jota‘s called off goal and finished the match with the most chances created for Liverpool.

The panel talks about the composure and resilience of this Liverpool squad. Jurgen Klopp said in his post match press conference this was Liverpool’s ‘hardeset 3-0 win ever,’ and admitted the reds ‘weren’t flying’ against an established Premier League side in Crystal Palace who spent most of the match defending for their lives. For awhile in the match, it looked like it would stay 1-0 but Liverpool’s quality and depth won the game in the end.

Dave Segar talks Mohamed Salah vs Tyrick Mitchell. Neil Atkinson talks Alisson Becker‘s wonderful series of key saves. Mike Kearney talks Ibrahima Konate as he makes his debut for Liverpool at 22 years of age. He discussed Konate’s role in the team, and where he fits in the rotation as a young centre half prospect. He showed a lot of promise against an experienced front three of Wilfried Zaha, Christian Benteke and Jordan Ayew.

The reds have got no money but we’ll still win the league rang out from the Kop, then throughout the night as everyone enjoys good spirits. Neil Atkinson talks what it means when Liverpool have conceded 1 goal in their last 5 Premier League games, and created so many chances. Up the reds!