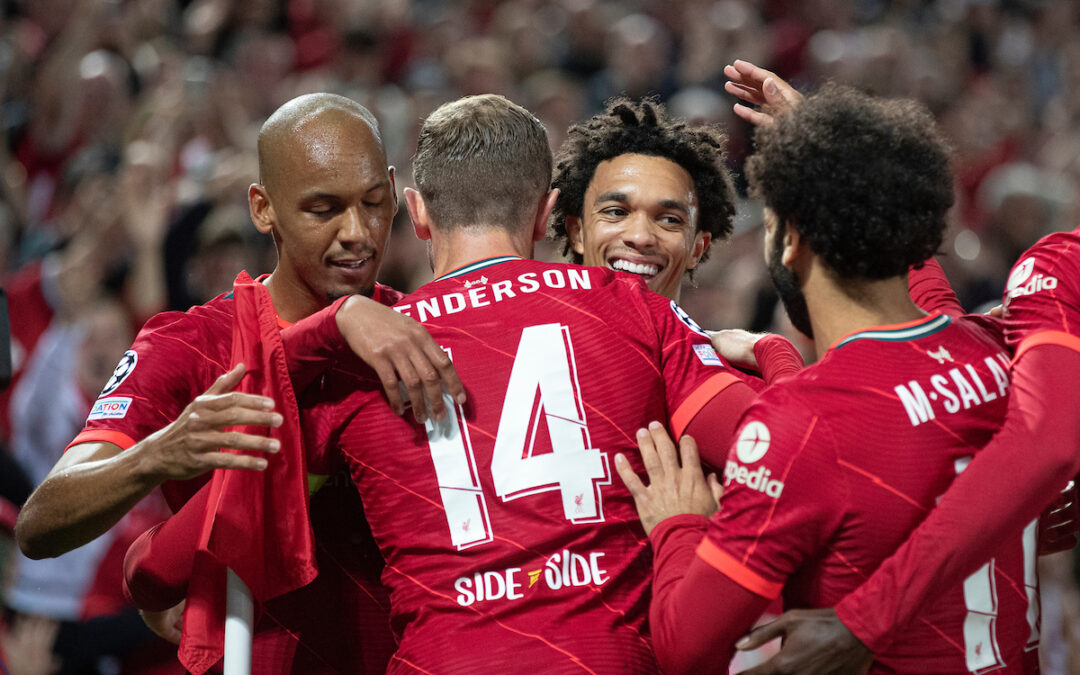 A legendary European Night at Anfield as Liverpool wins a thriller against AC Milan. Our Post Match Reaction makes you feel like you’ve just left Anfield wherever you are and are headed to the pub to celebrate with TAW. Twenty million beers are on the table, experience the complete joy and the full spectrum of mad emotions as our contributors reflect on the match.

AC Milan is just a name that conjures up so many memories, doesn’t it? And when I got to the ground, I was a little disappointed that Van Basten, Rijkaard, and Gullit weren’t involved. But once I got over that initial disappointment I had a lovely evening! – Neil Docking

The Kop was in full voice on the Champions League night for the first time in 552 days. Mo Salah’s incredible form continues, as he makes the argument that he’s the best player in the world right now. Even after missing a penalty, Anfield was right behind him straight away with his name ringing out from all over the ground.

Trent Alexander-Arnold was the scouser in the team, terrorizing Theo Hernandez and Franck Kessie all night. Joel Matip and Joe Gomez were solid in defense. Fabinho was a brick wall, making stand up tackles. Henderson scores a Captain’s goal and hustled all night.

For about 35 minutes Liverpool probably played their best football under Jurgen Klopp. After a crazy 5 minutes, the reds went 2-1 down going into halftime. They got ahold of themselves in the second half and quickly leveled through Mohamed Salah, before Jordan Henderson buried the winner with 20 minutes to go.