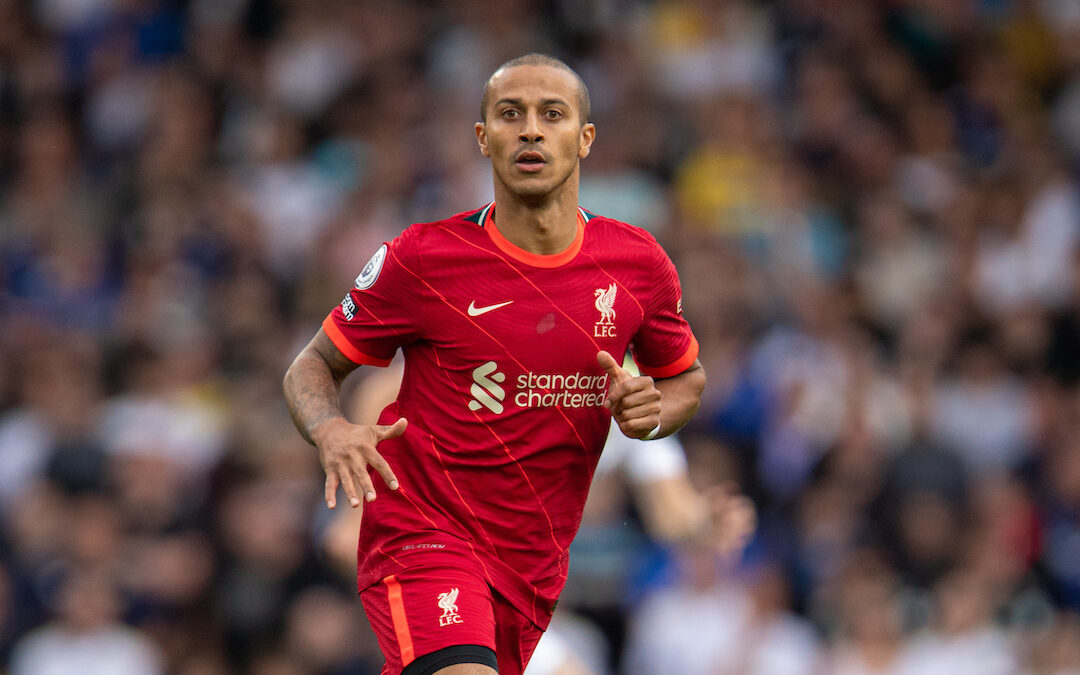 An in-depth review of Leeds United 0 Liverpool 3 in the Premier League at Elland Road, including Thiago Alcantara and the front three’s display.

Neil Atkinson discusses Leeds as Marcelo Bielsa ditches a recent 3-3-3-1 used in games against Burnley and Everton to go back to a 4-1-4-1, plus Leeds ability to assert themselves against better sides this season.
Leeds can’t get out with the ball over the top like they did at times in both games last season but particularly Anfield. Liverpool dominated the matchups between players with Fabinho, Thiago, Virgil Van Dijk and Joel Matip in complete control throughout the match.

“I think this Liverpool team sometimes is like sparring against Tyson Fury.” – Sean Rogers

Thiago really settles that left hand side and was in complete control of the early game. He was 12/12 passing and five ball recoveries in the first 10 minutes alone. It felt like he knitted everything together with Diogo Jota and Sadio Mane. Mo Salah was unplayable at times, turning and twisting Leeds defense.
Harvey Elliott was fantastic before his horrific injury changed the momentum of the game. Sadio Mane finally gets his goal, which sets him up nicely for the next few games.
Is the best factor of all that Liverpool’s concentration in key areas has returned?
The panel discusses quality of our team and more. It’s us against the world. The reds have got no money but we’re still gonna win the league!