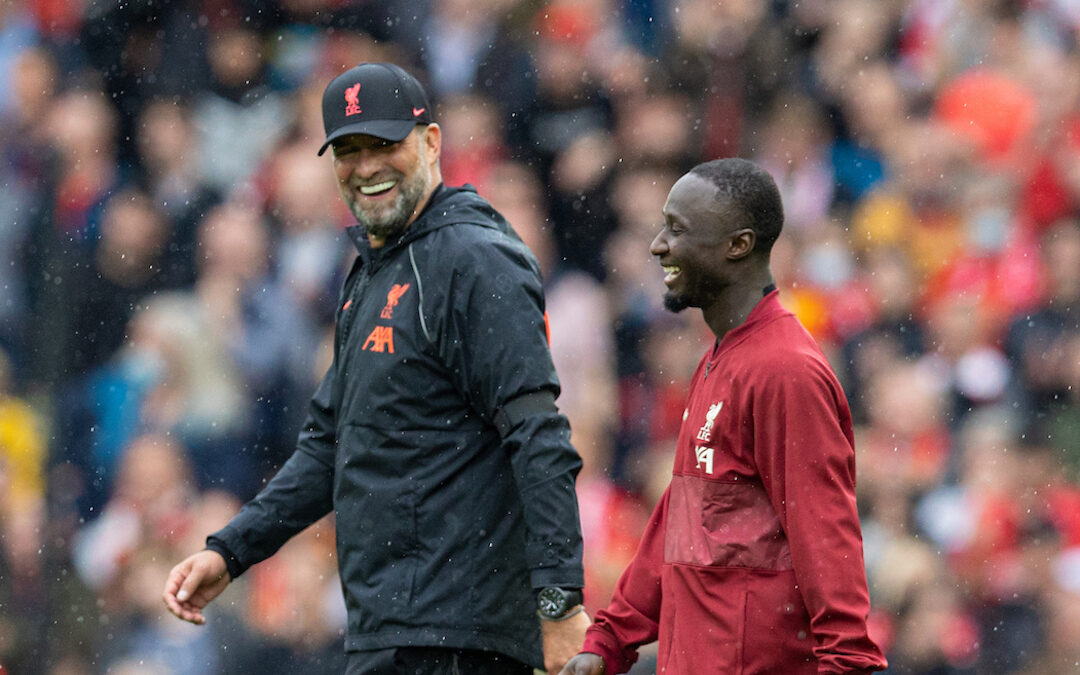 On Thiago: “Not clear when he’s back. A calf muscle issue. So…after the int’l break, probably. I don’t think any time earlier.”

On Keita: “Nothing serious but it keeps him out of Brentford, for sure. A little longer maybe, we will see. Painful and we have to see how he deals with it. Not cool. A good pre-season and played a lot of games but it happens.”

On the youngsters: “We had a great pre-season and lots of the kids were with us. The coaches and the staff at the Academy are doing a brilliant job. Loads of real talents. Three played v Norwich and I was impressed, so was everyone. 16 in an adult game, you don’t find 1000s who do that.”

On the defence: “Ali has made brilliant saves in moments. As a unit we have defended pretty well so far. No-one wanted to hear it but we have 3 new players in Joel, Virg and Joe. Palace was a new last line and we needed a clear defending attitude. We have that. We won’t make it to match-day 38 with one goal conceded, but we are more stable and that is what we need to be successful. We will need to defend well because we cannot always fly, we need to grind out results.”